Would you believe it? I haven’t seen a single production of Xerxes for almost two years! It’s a wonder I haven’t had withdrawal symptoms. Unsurprisingly, I leaped at the chance to see Cavalli’s version of this fabulous story performed by Ensemble OrQuesta, as part of this year’s Grimeborn festival. Unlike most of the audience, I suspect, I’d actually seen Cavalli’s rare opera before, in a superb semi-staged performance in Vienna back in 2015, and so the bar was high. But it turned out that the OrQuesta show was actually a fascinating complement, not a rival, to the Vienna production, for reasons I’ll explain in a minute. Very simply staged, with costumes in sombre shades of black, and with a stunning silver-wire tree as the only prop, it was a pared-down, effective performance of a seldom-seen opera – and a welcome introduction to some exciting young singers.

So why was this complementary to my Vienna experience? It all goes back to the history of the opera. In short, Cavalli originally wrote it for Venice, where it was performed and enjoyed great success. Later, when he was commissioned to compose an opera for the wedding of the young French king, Louis XIV, there were problems: Cavalli couldn’t finish the planned opera (Ercole Amante) in time, so his Xerse was dusted down and used as a substitute. (I’m not sure it’s an entirely suitable opera for a wedding, even if everyone does end up with the ‘right’ person, but it obviously pleased Louis.) Lully wrote some ballet music for it, and Cavalli managed to save the day. But there was one major change. In the original Venetian production, Xerse had of course been sung by a castrato. The French didn’t like castrati, feeling that a shrill-voiced Xerse was less than kingly; and so the role was shifted down a few octaves and became a bass. It was the Paris setting that we heard in Vienna, with the excellent Ugo Guagliardo as the King of Kings.

Amastre (Helen May) is seeking to fill a gap in her life. Photo: Andreas Grieger

OrQuesta, however, looked back to Xerse’s Venetian origins and used the original setting, with Xerse as an alto, and Arsamene and Elviro also set for castrati. (It’s this setting which has been recorded, with Rene Jacobs in the title role.) To my delight, they cast male singers in all three roles, which meant that I was introduced to no fewer than three countertenors I hadn’t heard before. In fact, I only recognised one member of the cast and that was the ever-impressive Helen May, whom I’ve seen on several occasions. She was perfectly cast here, as an introspective, world-weary Amastre. But I digress. Do I need to run you through the plot again? I doubt it. ‘King chases brother’s girlfriend; annoys fiancee’ should do it.

The performance space in the Arcola Theatre is pretty small, so productions must bear this in mind. OrQuesta cleverly put their small band up on a gallery (squeezing in a harpsichord, which was most impressive), and the musicians beautifully captured the spare yet elegant music. Xerse is a difficult opera because, even more than other works by Cavalli, it feels like a play that just happens to be sung. There’s a lot of recitative and not as much comedy as usual – not a comedy nurse in sight. We did, however, have a flirtation scene between Elviro and Romilda’s page Clito, which I didn’t remember at all from the Vienna version. It was very much on the pattern of the Valetto / Damigella duet in Poppea. Maybe Cavalli felt things were all getting a bit too serious and plagiarised a bit of Monteverdi to add a few laughs? It doesn’t quite seem to fit. Then, of course, there’s the wonderful scene with Elviro disguised as a flower seller, which makes its way intact into Handel’s version; and pompous Ariodate is reliably puffed-up and nice-but-dim. 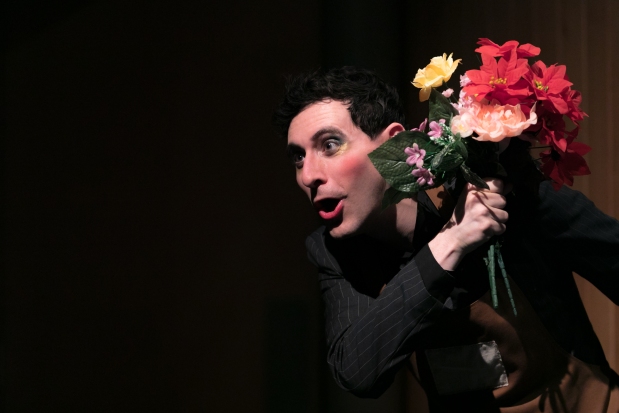 But for the most part this is a serious story about the abuse of power. The dark clothing and low lighting served to crank up the tension, as Xerse’s rampant lust threatens to destroy his family, insult a noblewoman, and prompt a major diplomatic incident. Momo Pjevac delivered a performance of charismatic grandeur in the lead role (and seemed to have grown an authentically Persian-style beard for the occasion: an admirable level of method acting). His was the deepest of the three countertenor voices, spiced with a warm and richly melodic burr (I’d love to hear him sing Handel’s version of Ombra mai fu one day). As his brother Arsamene, Nathan Mercieca had a higher, harder, perhaps slightly more dramatic tone; and Eric Schlossberg rounded out the trio as Elviro, with a voice that sounded a little more grounded than the other two, and excellent comic timing. It’s always hard to judge on Cavalli’s music, so I’ll keep my fingers crossed that I’ll hear them doing some bravura arias one day, when I can really test their vocal mettle. But all three had intriguing, distinct voices and I’ll be looking out for them again.

Romilda (Sophie Levi) and her minxish sister Adelanta (Alexandra Fleischmann) were dressed identically, in crinolines and dark jackets, so initially I relied on Fleischmann’s excellent cheekbones to tell them apart. Both had beautiful voices, which swelled in that intimate space, and gave nuanced dramatic performances. The sisters are less black-and-white here than in Handel’s later libretto, with Romilda taking positive pleasure in taunting Adelanta when she ‘gets’ Arsamene, and Adelanta coming across as more tragic than her flibbertigibbet Handelian counterpart. Personally I felt the strongest of the three female roles was May’s Amastre, but I am hugely biased because Amastre is my favourite character. May drew out the disguised princess’s anger, shame and angst to perfection, and there was a nice dramatic touch when she finally reveals her identity, shucking off her black coat to reveal a dazzling white dress beneath. She blazes out among the sober Persians and Xerse is predictably captivated, though his repentance and their reconciliation will never feel entirely convincing to me (Amastre is just waiting for her moment for revenge…).

Well done too to the supporting roles: I’ve already mentioned Mikael Englund’s genially buffoonish Ariodate; Katie Dobson sang the frisky Clito; and I must give a nod to John Holland-Avery’s scene-stealing role as the envoy Periarco, made all the more memorable by his absolutely fabulous hair. But I’m going to end with one character who changed quite dramatically from his Vienna incarnation, and that’s Eumene. Presented in Vienna as ‘Xerxes’ Lieblingseunuch’, where sung by Emiliano Gonzalez-Toro, Eumene here becomes the captain of Xerxes’ personal guard (I tried desperately not to conflate him in my mind with Artaserse‘s Artabano). Moreover, he becomes quite a sinister figure, apparently unable to love, and venting his spleen in a quiet moment by stabbing Xerxes’ beloved plane tree (resulting in a brief flood of red light). Sarah Parkin sang the role with brooding menace, drawing out all the dramatic potential of this character, who seems to have a very worrying influence over Xerse.

Oh. One last thing – but it’s a spoiler. The end! The opera concluded as Xerse and Amastre celebrated their renewed bonds of affection, as per usual. Normally, Arsamene and Romilda would be at their sides, everyone reunited in conjugal bliss. But not here. No: Xerse’s rebellious brother and his bride stand in the background, hooded and waiting for execution, as their oblivious king celebrates his good fortune. And, as the lights go down, their heads suddenly drop. So much for magnanimity! I was shocked, but it was a clever inversion of the conventional ending. Perhaps, this version cleverly suggests, Xerse (or Eumene or Amastre) wasn’t about to let Arsamene get away with insubordination?

This was definitely worth seeing and a worthy addition to my Xerxes portfolio. With a small production team (indeed, mostly consisting of founder Marcio da Silva wearing different hats), Ensemble OrQuesta came up with a dramatic, gripping and surprising telling of what is (to me) a very familiar story. The subtle inclusion of choreographed sequences emphasised the ritual nature of the Persian court but also nodded to those Lully ballets (excised here, so as to avoid a five-hour running time). With commendable performances all round, and some promising new names to watch out for, it brought Cavalli to life – and it’d be great if some of the audience were now inspired to seek out more of his dramatic and subversive operas.

Find out more about Grimeborn and Ensemble OrQuesta 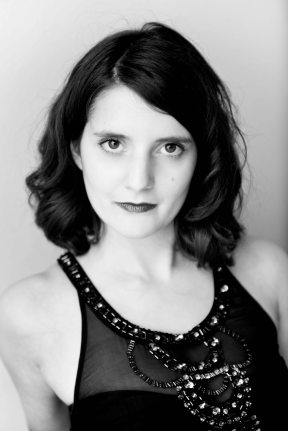