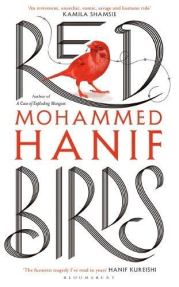 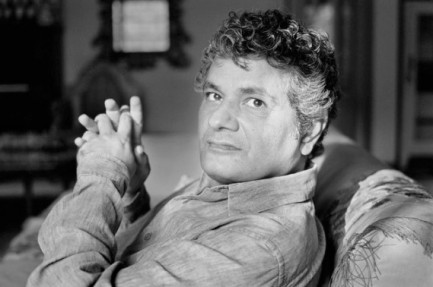 My brain feels a little scrambled right now. I thought I knew what I was getting with this book and, for the first two thirds, I did get that, more or less: an ironic satire on the modern cycle of war and international aid. We’re introduced to the bleak aftermath of war in a remote corner of an unnamed Middle Eastern country. Smart, ambitious teenager Momo has dreams of becoming a billionaire entrepreneur, fuelled by the stories he’s read in his dad’s magazine about the Fortune 500. But how’s a kid to get started in a place like this, where even the aid workers have given up and drifted away, and the local American air base has shut up shop? To make matters worse, Momo’s big brother has been missing for months, his dog Mutt has got himself electrocuted, and an American pilot has just wandered in from the desert. And what of those red birds? Well, that’s where it all gets more than a little weird.

We’re on solid ground for the most part. Momo has grown up in a community that was once a village, then (post-bombing) became a refugee camp and now (post-more-bombing) is just desperately trying to get by. Things weren’t always this bad. Back when the Americans worked at the Hangar, there were jobs and aid programmes. But then things changed. Boys from the community would go off to work at the Hangar and never come back. And now Momo’s brother Ali has gone off to work there too, and they’ve never heard from him again. Has Ali really been trained and sent off to San Jose, as his father hopes? Momo doesn’t believe it. And while his mother mourns her lost boy, and his father clings loyally to his trust in the departed Americans, Momo knows that sometimes you’ve just got to do things yourself. Fortunately, he’s not going to be alone. He’s got Mutt, the loyalest (and also, in Momo’s opinion, the craziest) dog in the world.

Mutt would disagree about being the craziest dog in the world. In fact, since that day he managed to electrocute himself by peeing on an electricity pole, he’s seen the world amazingly clearly. He’s even become something of a philosopher. And he watches with indulgence as Momo conjures up his wacky get-rich-quick projects, their names inspired by the aid programmes preached by USAID: Falcons for Ethical Hunting (it isn’t a falcon but a single, injured kite); or Global Sands. But even Mutt is about to be baffled by the emergence of a strange American from the desert sands. Claiming to be a pilot who has crash-landed, the man is the oddest creature who Mutt has ever encountered. For, in a world of strong smells and nuances, this American has no scent.

Major Ellie would say that his lack of scent is the least interesting thing about him. He’s just walked out of the desert, after eight days surviving against all the odds, and found himself in some godforsaken backwater where nobody seems inclined to help him get home. To make matters worse, this is the place he was about to bomb when he lost control of his plane. But they don’t need to know that. Taken in hand by a pugnacious teenager (Momo), a mangy dog (Mutt), and the sanctimonious sole remaining aid worker (known to all as Lady Flowerbody), Ellie finds that nothing comes for free. If he’s going to get out, and go home to his wife Cath, he’s going to have to play by Momo’s rules.

So far so good. The book read like a bizarre mashup of At Five in the Afternoon and Catch 22, but that’s OK; I was running with it. Hanif has some acute observations about the strange mercies of Western governments, and the way that formerly independent communities find themselves, bafflingly, becoming ‘the tourist destination for foreign people with good intentions‘. After, that is, they’ve been bombed by foreign people with less good intentions. Although, as Ellie claims at one point, where would the aid and compassion industry be without the bomber pilots who create the need for such aid and compassion in the first place? Hanif’s good at catching the voices on both side of the fence: the prematurely wily, cynical narrative of the ambitious Momo; and the entitled complacency of Major Ellie, who finds himself on a Cultural Sensitivity crash course of his very own.

And then, around the last third, everything goes wild. We move into practically hallucinogenic territory. The final few chapters feel as if they were written under the influence of the lump of opium that Momo chews at one point, mistaking it for chocolate. What the heck is going on here? I kept feeling that there must be some deeply profound and wise allegory that I was missing, because it felt as if the book had just swerved into some surreal and absurdist alternate universe. The allegory of the red birds I understand, and I even think it’s rather beautiful. But all that stuff in the Hangar… my goodness. Hanif cuts his imagination free and it’s just… wild. A bit too wild. So, mixed feelings on this. I enjoyed reading a novel told from the perspective of the people who have to make lives in these damaged places, and especially one which adds a little more snark to the genre. Momo is an appealing narrator, full of the convincing bolshiness of adolescence (and Mutt is equally enjoyable, usually the sole person who actually understands what’s going on around him, but unable to convey it to his dense human friends). But I felt the end let down the rest of the story, diminishing its smartly satirical clout and leaving the book flailing in some odd, liminal, half-mawkish territory. Most of it would have been a sound three-star job, if not slightly more, but the ending challenged that.

A peculiar balance, but perhaps one that others have decoded more ably than I can. I look forward to reading other reviews (and perhaps hearing some of your thoughts).