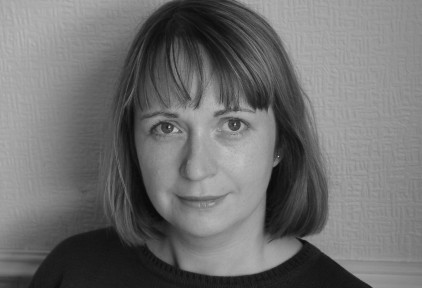 Unlocking the Mystery surrounding Egypt’s Most Famous and Beautiful Queen

Writing about icons is a difficult business. Even biographers of modern stars like Marilyn Monroe or Elvis Presley must wade through a morass of secrets, theories and fantasies. How much more difficult to choose a subject who lived 3,500 years ago, who emerged from nowhere, disappeared back into obscurity, and whose brief, glittering existence has been the subject of fierce iconoclasm! Thanks to the glorious portrait bust in Berlin (see below), Nefertiti is one of the most recognisable figures from Ancient Egypt, but the facts of her life remain tantalisingly elusive. As Joyce Tyldesley teases out the meaning of symbols, inscriptions and sculpted reliefs, Nefertiti’s lost world blossoms into life, in an archaeological story that reads like a detective novel. This is a tale of religious revolution, intrigue, iconoclasm, romance, and mysterious, powerful women. What’s not to like?

Who was Nefertiti? To tackle that question, we have to ask another: who was Akhenaten, her husband? What do we know about this famous ‘heretic’ pharaoh, who overthrew the traditional pantheon of gods; who moved the Egyptian court to the desert city of Amarna; and whose legacy was extirpated by his successors? Tyldesley introduces us to Akhenaten’s family: his father, Amenhotep III; his mother, the formidable Tiy. She softens the daunting names with human details. Amenhotep III strengthened his right to the throne by claiming that he was the bodily son of the god Amen, who had been overcome with passion for Amenhotep’s mother. It would have sounded better if he hadn’t lifted the story wholesale from the inscriptions of the earlier (female) pharaoh Hatshepsut. Later in life, Amenhotep appears in a relief not as a youthful demigod (as usual for pharaohs) but as a saggy-bellied, tired old man: a challenge to the artistic status quo that’d be taken up by his son. His chief wife, Tiy, appears in an amazingly naturalistic bust in the Neues Museum in Berlin. There’s been much debate about her origins and Tyldesley weighs up the various options – foreigner? African? Syrian? – helped by the fact that we have exceptionally well-preserved mummies of her parents Yuya and Thuyu.

Even with a clear idea of Akhenaten’s immediate family, there are lots of questions about the young pharaoh himself. Born Amenhotep, like his father (I’m calling him Akhenaten throughout here, to avoid confusion), he was a younger son, never meant to be king. He changed his name to Akhenaten when, shortly into his reign, he threw off the traditional worship of Amen and announced the dominance of a new deity: the sun disc, the Aten. Superseding all other gods, the Aten became the focus of Akhenaten’s life. To give the deity its due, he founded an entirely new capital at Amarna, far from the heartlands of the old gods, where Akhenaten developed an artistic style that has shocked and puzzled people ever since. Showing androgynous figures with elongated heads, this style has elicited all kinds of conspiracy theories, most bizarrely that Akhenaten and his family were actually of alien descent (an idea playfully taken up by Tom Holland).

Akhenaten, Nefertiti and three of their daughters beneath the rays of the Aten. Neues Museum, Berlin. Photo: Wikipedia

Tyldesley doesn’t mention the aliens theory, obviously, but does consider whether Akhenaten himself was deformed in some way: he certainly seems to have been out of the public eye until he unexpectedly became king. Yet the great thing about Tyldesley is that she’s always matter-of-fact. She mentions various theories, but she always brings it back to what we know more broadly about Egyptian custom. Royal children were kept out of the spotlight: that’s the way of it. The young Akhenaten’s absence from the record isn’t that unusual. His strange appearance in art was probably simply that: an artistic choice. (I feel compelled to note here that nobody thinks Picasso’s Cubist portraits are accurate.) Akhenaten was trying something new in religion. Why not in art? And, intriguingly, Tyldesley points out that Akhenaten may not have been the originator of either the religious or artistic changes: that they may have developed from foundations laid down in the reign of his father Amenhotep III. She also deals with the question of whether or not we actually have Akhenaten’s body.

Nefertiti’s background has been the subject of equally widespread theories, but Tyldesley makes a very convincing case for her parentage, suggesting that she was more closely linked to the royal family than many have imagined. Her arrival in Akhenaten’s life seems to have provoked, or coincided with, further change: Nefertiti’s growing status as a religious figure alongside her semi-divine husband (itself based on the growing earlier prominence of Akhenaten’s mother Queen Tiy). There’s a discussion of family life at Amarna, too, thanks to the many beautiful tomb paintings and sculptures that give us an insight into Akhenaten’s and Nefertiti’s relationship with their daughters, especially the eldest, Meritaten. Tyldesley explores these scenes in a way that makes them suddenly accessible: not just pictures of everyday life, but scenes that also have something to say about divinity or family or fertility or status. As someone for whom Ancient Egyptian art has always felt foreign in every possible way, I found this fascinating and very helpful. To make matters even clearer, Tyldesley’s arguments are illustrated by black-and-white photos and line drawings of paintings, sculptures or hieroglyphic cartouches.

Let’s face it: probably only those with an existing interest in Ancient Egypt would contemplate reading a book about the Amarna period. But that’s a shame. Tyldesley writes incredibly clearly and this isn’t remotely dry (trust me: I’m a historian and have had to read many dry books in my time). She lets you glimpse what life might have been like in Amarna. Was it religious idyll or police state? Was Akhenaten a vivid freethinker or a religious despot? Was Atenism, a religion based on a single man’s vision and centred on a single family unit, always doomed to fail? I found it especially appealing that she’s so open about what we don’t know – which, in this particular case, is a lot. But you can build up a very good story even with possibilities, and Tyldesley’s expertise as an Egyptologist and a lecturer means that she can present this very strange and distant civilisation in a way which feels much more comprehensible. It’s been an excellent start for my own deeper reading about Amarna. I have a few other books lined up, including at least one novel (Pauline Gedge’s The Twelfth Transforming – anyone read it?). I should have a much clearer picture of the situation by the time I go to see Akhnaten at English National Opera in mid-February. (The libretto is in Ancient Egyptian, and I’m not sure how I’ll get on with Philip Glass’s music, so I want to be as fully prepared as possible.)

If you’re interested in Ancient Egypt but don’t know where to start, try this. Really. It’s clear and well-written and focused; and Nefertiti, as a powerful woman and a modern icon, is an excellent subject. I’m not yet brave enough to tackle a full history of Ancient Egypt (just think of all those different dynasties!). Instead, I’m going to dip a few more toes into the 18th Dynasty via Tutankhamen, Leonard Cottrell’s Lady of the Two Lands, and the earlier, equally fascinating Hatshepsut. Maybe at some point along the way I’ll have the courage to embark on Joann Fletcher’s The Story of Egypt, for a wider view. Of course, if anyone has suggestions of books they’ve particularly enjoyed – perhaps biographies of other figures, like Ramesses II? – please chime in! Guidance welcomed.

Incidentally, I see that the book has been republished in a revised edition. I use the revised cover above, as it’s better quality than the one I had of my edition, but I wonder to what extent it has been revised. I don’t suppose any avid Egyptophiles have read both? Tyldesley has also, more recently, published a book titled Nefertiti’s Face, focusing more intently on the Berlin bust itself: I shall have to track it down.