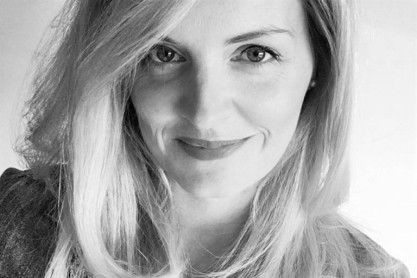 It’s healthy to be reminded, ever so often, that history can be stranger than any fiction. Claire McGlasson’s debut novel, which will be published on 6 June, brings to life an odd slice of British history from 1926, when the Panacea Society flourished in Bedford. Largely made up of women who had lost husbands, brothers or sons in the Great War, the Society is centred on the figure of Octavia, a prophetess and self-proclaimed Daughter of God, who claims to have been sent to pave the way for the return of Jesus. While Octavia’s convictions inspire many of her followers, the Society’s youngest member Dilys finds the cult atmosphere increasingly stifling. Dilys has never experienced any of the visions or visitations described by her fellow members and has concluded that God has no plan for her. But, when she introduces a new member to the community, Dilys dares to hope that maybe life will start to have a purpose after all.

The novel is very much a slow-burner, a gem of psychological tension and manipulation. Dilys has become used to being neglected and belittled by those around her: for reasons that become clear reasonably early in the novel, she is a constant disappointment to the elevated Octavia. Instead, Octavia has turned the light of her favour on Emily, a former servant who has come to God with a vengeance and whose fierce loyalty (coupled, to more cynical eyes, with ruthless opportunism) have placed her in a powerful position at Octavia’s side. In a Society whose rules require members to reveal the shortcomings of others, as well as to confess their own, Emily has thrived. Sharp and shrewd, she is careful to note any flaws in those around her; especially, perhaps, in anyone whom she suspects of becoming a rival for Octavia’s grace.

For her part, Dilys is invigorated by meeting Grace Hardwick, a young woman who shows interest in the Panacea Society and who soon comes to join them. In Grace, Dilys finds a long overdue friend and a glimpse of a world that lies beyond Octavia’s suffocating domain. Yet it’s within that domain that she needs Grace most. Through Grace’s induction, we learn the curious rules of the Society. Virtue and vigilance are essential; but so are less common religious qualities, such as not making loud, irritating noises when one eats, or not blowing one’s nose in company. It’s a peculiar blend of cult and Victorian retreat. The Society places great faith in small squares of linen, upon which Octavia has breathed the Divine Breath, which are given to followers near and far. Their power is inextinguishable (having been soaked in water, the linen can be removed for soaking on another occasion; the water, imbued with the virtue of the linen, can be drunk to relieve many diseases). And there are even more bizarre convictions. That Octavia cannot take more than 77 steps from her home at 12 Albany Street, for then she will become prey to the demon Apollyon. That the garden square which lies between the Society’s houses is actually the site of the original Garden of Eden. Then there’s the story of Joanna Southall’s box, sealed by the eponymous prophetess a century before and, according to Octavia, destined to be opened by the Society in the presence of 24 bishops to reveal the secret to peace on earth and an end to suffering.

The heart of the story is Dilys’s growing sense of disturbance, as Octavia’s influence begins to give way to Emily’s and the Society’s nature begins to shift. It’s also a tale of coming-of-age, of self-realisation and of rescue, both emotional and physical. For all its rather comic post-Victorian elements, the Society is as dangerous as any modern religious cult: charming to newcomers; tenacious to existing followers; ruthless to those who challenge it in any way. That simmering sense of threat and fear – partly in Dilys’s mind, but largely caused by the atmosphere of informants and spies – gives the book a compelling chill. It shows how a Society formed to offer women comfort and hope – to confirm their place in the world – has been twisted into yet another expression of personal ambition and self-aggrandisement. McGlasson has transformed archival records into an ominous, brooding tale of mental frailty and oppression. And what’s so extraordinary is that virtually all of it is true.

McGlasson was able to consult Octavia’s own diaries; the letters and journals of other society members; and the sealed confessions of those who were found to be wrongdoers. All the main characters, with the exception of Grace, existed. Joanna Southall’s box existed. Octavia really did breathe over those linen squares. Many of the events described in the novel, from Mr Price’s opening of the ‘other’ box, to Edgar’s misdeeds and Emily’s transfiguration, and (of course) the General Strike, all actually happened. In fact, the book could well be described as the literary equivalent of a docudrama. And what of our fearful protagonist Dilys? She existed too. McGlasson describes seeing her for the first time in a photograph of the Society members taking tea in their Garden: a young girl staring right out into the camera lens, in stark contrast to the older women all around her. That photograph wasn’t reproduced in my advance galley of the book, but perhaps it’ll make its way into the final publication. I’d love to see it.

A promising first novel which throws light on a fascinating period in Bedford, and British, history. Recommended for those who enjoy unsettling 19th and early 20th-century novels: fans of Sarah Waters, or Emma Donoghue who, like McGlasson here, reworks historical curiosities into gripping novels. It’s also likely to appeal to those who enjoy books like The Corset or The Crow Garden, where we aren’t always able to distinguish reality and belief through our narrators’ eyes. For those interested to learn about what the Society is up to nowadays, take a look at the website for the Panacea Charitable Trust. If you fancy a peek inside Octavia’s home and the Garden of Eden itself, head to The Panacea Museum and its beautiful grounds.