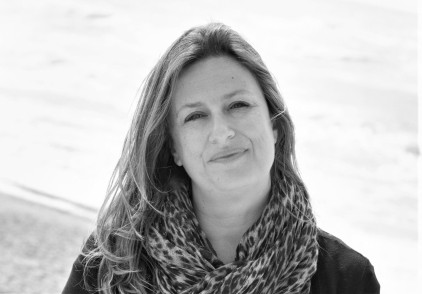 Clare Cassidy is au fait with Gothic drama. She’s an English teacher at Holland House school, formerly the home of the reclusive Victorian author R.M. Holland, whose eerie short story The Stranger is one of Clare’s favourite pieces. But Clare prefers the Gothic to remain within the pages of her books. When her friend and colleague Ella Elphick is murdered, it initially seems to be just that: a shocking, upsetting, horrifying crime. Yet there are disturbing elements to Ella’s death. A scribbled note is found beside her body: a line from The Stranger. Her murder bears some resemblance to one of the deaths in that story. And worse is to come. For Clare, a committed diarist, suddenly discovers that someone else has been leaving notes in her journal – someone who apparently has knowledge of the crime, and has been able to get access to her most personal possessions. Griffiths’s novel is a satisfying combination of old-school Gothic and thoroughly modern thriller – even if its final denouement is a bit limp.

Ella’s death leaves Clare floundering. They didn’t always see eye to eye, but they were friends: they supported each other in the English department; texted one another about the latest series of Strictly; offered one another moral support. Lord knows Clare has needed that. A single mother, dealing on one hand with an adolescent daughter with a new (and much older) boyfriend, and on the other with a smug ex-husband who thinks he’s the perfect father, she’s always been grateful for the chance to relax with Ella. And now all that is gone. Soon the police questioning starts and Clare has to decide whether to reveal or conceal the full scope of what she knows about Ella’s character. Any hint of sexual misbehaviour would be enough to taint her, Clare knows that. The assessment of a woman’s murder somehow changes if she’s thought to have been promiscuous. And Ella did like men. One man in particular. Should Clare mention Ella’s fling with their (very married) head of department, Rick? And if she does, should she also mention that Rick had his eyes on her, Clare, not so very long before – that he had a habit of following her home, making a nuisance of himself? What can she say to avoid incriminating her colleagues? After all, Rick couldn’t possibly be a murderer. Could he?

Griffiths teases out the uncertainties that develop when a murder strikes through a knot of already complicated relationships. The brooding presence of Holland House is almost an extra character in its own right, always reminding us of the novel’s Gothic undertones, and certain aspects of the house – like the upper floor, where Holland’s study is preserved just as it was when he died – swiftly acquire the feel of Chekhov’s gun. Ella’s death horrifies her friends, and yet Clare initially manages to carry on with some semblance of her normal life: teaching, spending time with her daughter Georgie, and even doing some further research into her beloved Holland. Indeed, when a letter comes from a Cambridge academic, announcing that he’s discovered some letters by the writer, Clare is thrilled. But these tentative measures of normality are utterly destroyed when she finds those tiny, insinuating, threatening notes in her diary. Someone has been reading what she has written – all her frustrations against Rick, Ella, her ex-husband Simon, spilled out there on the page. Everything she has tried so hard to keep private.

I certainly enjoyed the book: it was a light but gripping read, a perfect distraction from everything else that’s been going on. The problems for me came at the end. Obviously I won’t go into detail, because I think it’s worth reading if you enjoy this sort of thing, and I’m not going to spoil it for you. But I think the ultimate explanation was tenuous, to say the least. I do wonder, sometimes, about the current fashion for ‘extraordinary’ or ‘breathtaking’ or ‘astonishing’ twists in thrillers, the presence of which is usually blazoned all over the cover (not here, I grant you). In an effort to create said twist, authors seem to feel that they must come up with something so contrived, so unexpected, so impossible to predict, that it often actually feels anticlimactic. That’s the case here, and it’s a shame because the rest is so lively, so compelling, and such an enjoyable blend of old-school Gothic and thoroughly contemporary pop-culture.

Do give it a read, though, if you’re in need of something to suck you in for a long journey or a relaxing holiday. It’s perfectly enjoyable, a solid home-grown thriller, and the fragments of The Stranger scattered throughout are an extra bonus.