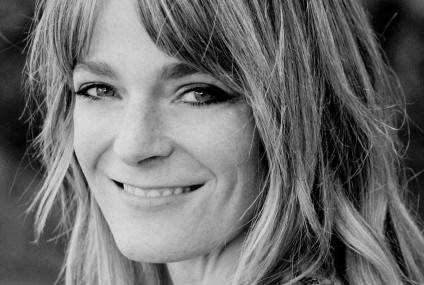 Passing through Arrivals at Baton Rouge airport, Louisiana, is the most significant moment in Ilya Alexandrovich’s young life. On one side of the door he can pretend that this is all still a dream: that he’s still just the bookish student in his remote Russian hometown, cherished by his teacher, mocked affectionately by his peers, with a vague prospect of getting to America one day. But, on the far side of the door, his reality must be faced: his host family, the Masons, who have agreed to let Ilya live with them for a year while he attends school, improves his English and assimilates to a Western view of life. Ilya is profoundly aware of his good fortune in coming here, in escaping the dead-end lifestyle that faces so many of his friends; but that isn’t only reason he feels unhappy. His guilt is sharper, more focused, for in coming to America Ilya has been forced to leave behind the person he loves more fiercely than any other: his troubled brother Vladimir, who has recently been sent to prison for murder – a crime that Ilya passionately believes he didn’t commit. This evocative, moving story asks us what it means to belong – what we do when we don’t fit in – and how we can redeem ourselves when all hope seems lost.

There was a time when Berlozhniki believed it was going to become great, but those days are over. A former gulag turned mining town, its economy now centres on the nearby oil refinery, where lights burn both day and night, eating up the spirit and the hopes of its citizens. It is, quite literally, at the end of the line. Anyone who can get out has gone, and the disaffected young people who remain divide their time between partying at the Tower – formerly the camp’s guard tower – and Kiril’s grotty kebab joint, which doubles as an internet cafe. This is Ilya’s world, bookended by his grim school building and the decaying Soviet flats (kommunalkas) in which he lives with his single mother, his grandmother, and Vladimir. Older and more worldly-wise, Vladimir is the centre of Ilya’s world. He’s a bad boy to the core – ‘skinny, wolfish, the sort that babushkas live to feed‘ – but he knows that his little brother has a gift, and that this gift could be their ticket out of Berlozhniki. It’s Ilya’s job to study, to learn English, to carve that path towards America, where one day Vladimir and he will become big bosses, like those in gangster films.

At first glance, nothing about Leffie, Louisiana – Ilya’s temporary new home – tallies with Berlozhniki, except the monumental presence of another refinery brooding on the horizon (Ilya’s exchange programme is sponsored by the oil company). His hosts the Masons are well-meaning, caring Evangelicals, whose church is made of glass and whose priest is more like a rock star. The house is always warm; there’s even a pool. Ilya’s sense of isolation is only compounded by the prosperity all around him, while he uneasily thinks of his mother and grandmother struggling with erratic heating and a bathroom shared with the entire floor. But, as time passes, Ilya finds an ally in Sadie, the Masons’ eldest, attractive, secretive daughter – an ally who shows him that Americans have troubles too. As Sadie and Ilya set out to discover the truth about the murders in Berlozhniki, and to prove Vladimir’s innocence, Ilya begins to understand the bittersweet realities of life, in which people will make any sacrifice to protect those they love.

The thing which surprised me most about this book was that Berlozhniki was a fictional place. It feels so real and tangible – far more bullish a presence than Leffie, for all its bayou appeal. Admittedly, I’ve never been to a struggling town in the far north of Russia, but Fitzpatrick creates something that feels utterly convincing. My heart throughout the story was with Ilya and his friends and contacts there – who all feel just as real as their shabby, half-forgotten town: the motivational English teacher, Maria Mikhailovna; Ilya’s wonderful grandmother; Vladimir, the bad boy who doesn’t let anyone mess with his little brother. It shows us what a town can become when all the wealth flows directly from the refinery into the hands of Fetisov, its oligarch owner, and the struggle that normal people face on a daily basis to keep their dignity alive. It’s so much of a struggle that some of the younger residents can’t even bear to face it, choosing instead to seek out the artificial highs of dangerous, cheap new drugs. This is the other face of the ‘new Russia’ we read about in the papers, and it’s sobering stuff. I don’t know how much research Fitzpatrick did for the novel. She doesn’t say in her afterword whether she ever actually went to Russia, but her storytelling rings true, and the bleak but determined community in Berlozhniki feels almost pugnaciously concrete.

Part coming-of-age story, part family saga, murder mystery, thriller and sensitively-done culture clash, this is a poised and accomplished novel by a writer who has her finger firmly on the pulse. The murders are not the most important part of the story by a long way – and you’ll probably have your own suspicions long before we find out what seems to be the truth. What’s more important is the light that they throw on the way things work in Russia, and the way that Ilya’s journey to the States unexpectedly gives him the status to make a difference – as well as giving him the courage to step out, at last, from Vladimir’s compelling shadow. A wonderful, heartfelt book, well worth a read – though I’m especially keen to hear what Russian readers make of it. Is Berlozhniki as real and convincing to them, I wonder, as it seems to me?