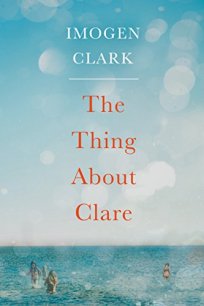 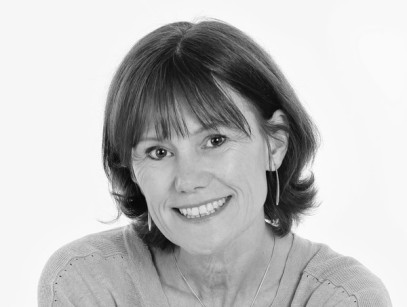 The sprawling Bliss family revels in the kind of chaos you’d expect when you have four characterful siblings, a wordy, slightly feckless father and a doughty Irish mother. The children have, with varying amounts of grace, embraced the roles thrust on them by their order of birth: Miriam, the eldest, the organiser; Sebastian, the unexpected baby, coddled and charming; Anna, the cherished, spoiled favourite, who has been supported no matter what she does. And then Clare, the second child: troubled, troublesome and fractious. As we follow the Bliss siblings through their lives, we gradually come to understand them better and to grasp the complicated network of allegiances and obligations that binds them together when we first meet them, as adults, standing around the grave of their mother. But Dorothy Bliss, deceased, has one final surprise to levy upon her children.

This is probably best described as a character drama, focusing on the tight knot of the family circle.  It’s particularly sharp on the way that dynamics shift between parents and children as the generations age, but its main interest is in sibling rivalry, and how brothers and sisters bounce off one another, both for good and bad. Stories about siblings always intrigue and baffle me in equal measure: as an only child, I can’t imagine having someone else there all the time, let alone having to be typecast in a particular role that I’d be stuck with for life. And that’s exactly what happens here. We know from the very beginning that Clare is, and has always been, the difficult one. She’s juggling boyfriends from a startlingly young age; she shrugs off authority; she’s the first punk in her school. But is there a reason behind this? There’s little doubt that Clare’s life is nothing but a careening car-crash of an existence, but how has she come to this? And is there any way her siblings can help her get back on track, after all these years have passed?

Anna thinks she might have a clue. Just before her death, Dorothy asks Anna for one final favour. Anna is to go to the family house and retrieve Dorothy’s will, along with a private letter addressed to Clare. And she is to burn both. As the cherished favourite of the family, Anna doesn’t have her elder sister’s Miriam rock-firm sense of obedience. She finds the documents, but doesn’t burn them. Instead, she waits and wonders… until the curiosity of needing to know overpowers her completely. In opening the envelopes, she risks taking on the role of Pandora: revealing a family secret that could change forever the way the Bliss siblings see themselves, and perhaps finally explaining ‘the thing about Clare’. But what will Anna do with her knowledge? What should one do, as the custodian of a secret that no one ever wanted to be known? Speak out at any cost, so that the truth is known? Or suppress it, preferring the status quo with all its injustices?

There’s an interesting question at the heart of this novel, but it somehow gets buried amidst a lot of sibling squabbling. We certainly feel that we get to know the Bliss siblings, but I’m not sure how much they really change over the course of the book, even though in that time they grow from infants to middle-aged adults. Anna is the only one who does seem to develop, becoming a surprisingly caring, well-balanced woman despite being spoiled rotten as a child. Clare, most troublingly, really doesn’t seem to change at all. I can imagine that it’s hard to represent a character like this in writing – someone who is an alcoholic and who does flare up unreasonably – but there are times when Clare seems little more than a caricature or, at best, one-dimensional. I wanted to know a little more about Miriam, who feels powerful and real as a miserable teenager being forced to give up on her great dream, but who doesn’t really exert the same kind of interest as an adult. And, because we only really see the siblings when they’re together, we only see them in that unfortunate state we’ve all experienced, when you can only spend fifteen minutes in your family’s company before you start regressing to childhood again. So I wanted to know much more about their grown-up lives, but instead the book focuses, perhaps too tightly, on Clare’s issues – all the while teasing us that perhaps all will be explained.

But is it? That’s not for me to say. But it’s an oddly unsatisfying novel, despite the real care that’s been taken over giving the siblings individual quirks and characteristics. It’s highly likely that you will intuit Dorothy’s secret pretty early on in the novel, and so the efforts to hype up the secret thereafter feel slightly unnecessary. I’m not saying that it isn’t entertaining: it’s a good, easy read for a journey or commute, but it just lacks that punch that a story needs in order to really make an impact. For me, while blood may be thicker than water, this was just a touch on the anaemic side. Perhaps Clark’s other novel, Postcards from a Stranger, might be a better fit for me. Has anyone read it?