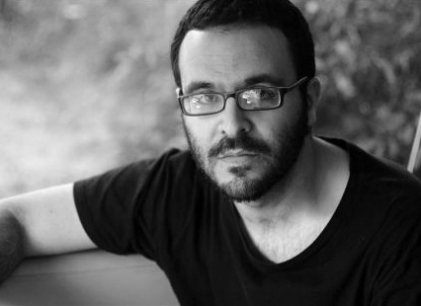 Desire to read more widely in 2020 brought me to this novel by the young Bolivian author Rodrigo Hasbún, published in a translation by Sophie Hughes by Pushkin Press. Family saga meets political history in this turbulent story of three German-Bolivian sisters, their complex relationship with their father, and their growth to maturity in the violent years of the 1960s and 1970s. My knowledge of South American history at this period is embarrassingly patchy, despite an early teenage flirtation with Che Guevara, and so I learned a great deal from Hasbún’s book in that respect (more, as it turned out, than I realised!). As a novel, however, it feels strangely restrained – told through vignettes, there is much left unsaid and it feels more like flicking through a family photo album than a real chance to get to know these three very different women.

Taking turns, the sisters unfold their unconventional story. As the novel opens in the 1950s, they haven’t lived in La Paz for long: until recently, they all lived in Munich, where their father was a celebrated cameraman and filmmaker, a trusted aide of Leni Riefenstahl. For unexplained reasons, probably linked to that association with Riefenstahl, their father has been forced to leave Germany and build a new life for himself and his family in South America. (Apparently there is a sizeable German population in Bolivia, which I never knew. Oops.) The three girls have adapted to their new home with varying degrees of success: Heidi and Trixi, the two youngest, have learned Spanish and made friends in their new schools, but the eldest, Monika, has struggled to accept the move. Their parents have, likewise, dealt with it in different ways: their calm mother quietly trying to support the family while their buccaneering, self-centred father heads off on wild expeditions, dreaming of making documentaries.

It’s one of these missions which starts off the novel – and generates the spark which eventually consumes the entire family in its blaze. Their father, Hans, dreams of finding a lost Inca city and sets off on yet another mission – this time with the febrile Monika and young Heidi in tow. While their quest doesn’t lead them to the Inca city, it does have its own grandeur, perhaps in the sense of doomed greatness like that we see in Fitzcarraldo. But the true legacy of the trip is knowledge, as both girls gain an adult awareness of the world around them and try to understand their places in it. The trip will have strange consequences, separating father from mother, making a love-match, and sending Monika back into a world from which she now feels more divorced than ever, in which she tries to bury her misgivings behind a conventional marriage and growing misery. With time, her frustrations find expression in an adherence to socialist principles: a dangerous allegiance at a time when revolution is in the air and the state is growing nervous. As Monika is drawn further down the road of no return, her sister Trixi watches in concern, musing over her role as the one remaining link between the widely scattered members of her family, and wondering how to find significance and meaning in her own life.

The narrative flips between several different characters – not always clearly signposted – which can be confusing, but which helps to broaden our impressions of the three girls. Without these varied viewpoints, it would be even harder to get a sense of their inner lives, for we dip into their lives for a while and then skip elsewhere in time, not always in a chronological fashion. As the book progresses, we even lose sight of some of the characters – Heidi, in particular, drops almost completely out of the story – because we sense that Hasbún is getting closer to his goal: following Monika’s radicalisation. While reading the novel, I wondered if Hasbún wanted to use this family’s experience as a microcosm for the story of Bolivia in the mid-20th century – its tensions, its immigration and emigration, the combustible links between the people and the government. In fact, I’ve since realised that he focuses on this family for another reason (see below). As a stranger to the country’s history, I found it fascinating if uneven. But the result does feel ‘thin’, somehow, and the characters never really get the padding they need.

Spoiler ahead: I must have simply bought this book because it was published by Pushkin, without reading the blurb (this happens), because I’ve only just found out that the novel is about a real woman: Monika Ertl. She has a Wikipedia page; so, too, does her father Hans Ertl, the camerman. In 1971, Monika Ertl is supposed to have been involved in the assassination of Roberto Quintanilla Pereira, then Bolivian ambassador in Germany, in revenge for his part in Che Guevara’s death four years earlier. Now, had I known this beforehand, I would have read the novel in a different way. It would have made sense that Hasbún is so interested in Monika and only really interested in her sisters as far as their choices reflect or contrast with hers. But would it ultimately have changed my assessment of the novel as a novel? I don’t think so. Whether it’s based on history or not, it remains a bit too abstract, detached and ‘bitty’ for my taste. But this revelation has opened up a fascinating series of Wikipedia pages to go and read to increase my understanding of Bolivia at this period, and the Ertl family’s role in its history.