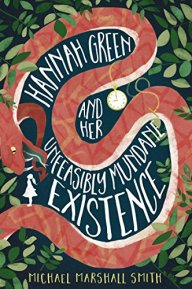 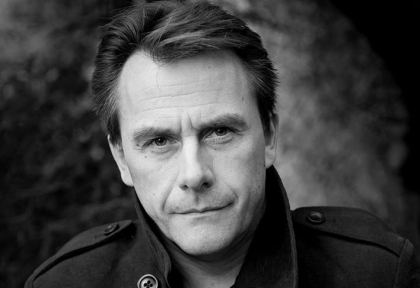 Hannah Green is eleven years old and has recently learned the word ‘mundane’. She learns that it has two meanings: 1) of the earthly world; and 2) tedious, everyday, inconsequential. As the book opens, her life very definitely falls into the latter category. She is an only child whose life follows a comfortable set of patterns: trips with her parents downtown in Santa Cruz; visits to a favourite restaurant in Los Gatos; holidays to a lodge in Big Sur. These things have formed Hannah’s childhood with a reassuring sense of security. But then things start going wrong. Suddenly Hannah’s mum and dad don’t seem happy any more. Then her mum moves out to focus on a big work project in London. Then her dad announces that Hannah is going to stay for her granddad for a couple of weeks. And it’s at this point that things start to become very, very weird, and Hannah begins to realise that perhaps her new life is going to be best defined in the first sense of ‘mundane’. Because, quite frankly, when your granddad turns out to be working for the Devil, and you end up on a road trip with said prince of darkness, ‘tedious’ just doesn’t quite fit the bill.

It takes Hannah a while to understand what her granddad is trying to explain. As far as she’s concerned, he’s just the lovable and rather unreliable old man who turns up for a while, stays with her very grounded parents, and then heads off again. No one is even sure where Granddad lives any more. He just drifts. And no one knows what he does, apart from his tinkering, creating strange sculptures of found objects that he gives as gifts, and which Hannah’s mum has quietly been moving out to the garage. So maybe it doesn’t come as all that much of a surprise to Hannah that Granddad is an Engineer, although it sounds odd with a capital ‘E’. She’s pretty adaptable. At eleven, her main concerns are having enough food, somewhere warm to sleep, and knowing that the adults around her aren’t suddenly going to abandon her – because there’s been enough of that recently. And she knows she can trust Granddad. If Granddad says that he’s over two hundred years old, and that he works for the Devil – who is apparently the very grumpy old man in a black linen suit who’s suddenly turned up – then that’s fine. But Hannah has questions. Why is the Devil so distracted? Why does he need her granddad? And what is it that her Granddad really does? Can they go home now?

Starting off as a pretty solid coming-of-age-with-eccentric-relatives story, this took an abrupt swerve into high-concept cosmic politics, spiced with black comedy and some very unpleasant secondary characters. Family drama jostles with the travails of eternal evil and the lingering after-effects of the Fall. And it’s all told in a rather dead-pan way by a narrator who breaks the fourth wall to talk about how stories actually work. It’s perfectly enjoyable and Marshall Smith captures the amazing resilience of the pre-adolescent mind. (Yep, Granddad works for the Devil. OK. What’s for dinner?) There are some funny moments, like the point when Granddad gently tries to break the news of his great age to Hannah by telling her that he met Johann Sebastian Bach. The answer is, inevitably, ‘Who?’ (which exasperates even the Devil: ‘Even I listen to Bach, and he was so working for the wrong side’). And the hapless imp Vaneclaw makes for an amusing sidekick and foil. But I felt that the book became slightly flabby towards the end, turning from an interesting tale about family and relationships into a bewildering amalgam of Inception and the Upside Down in Stranger Things, with perhaps just a soupcon of Good Omens. The result is very difficult to categorise, especially because the narrative moves from Hannah’s rather naive way of looking at things, on one hand, to accounts of horrible violence carried out by the Devil’s votaries on the other (I know: one can’t really complain that the Devil isn’t very nice. Hardly news).

That’s not to say I didn’t enjoy this. It has its moments of melancholy and captures the way in which children slowly begin to understand more of the adult world. Marshall Smith does a convincing job of seeing the world through the eyes of an eleven-year-old girl, although at times I felt that there were two different books in here and that he couldn’t quite decide which hat he wanted to wear in telling the story. But maybe that’s the point? It gives the book a free-wheeling quality as it moves happily between ‘moods’ – this may be a characteristic of Marshall Smith’s work, because I haven’t read any of his other books. But there were also aspects I wanted to know more about, stories which are hinted at but left untold: what else has Hannah’s granddad been up to during his three centuries on earth? Couldn’t we have an Engineer-focused follow-up, or perhaps a buddy road-trip story focusing on the Devil and Vaneclaw? Ultimately, I felt that a slightly tighter hand on the story in the last act might have helped, though I understand that Marshall Smith wanted to conjure up something dark and disorientating – and what’s more terrifying for a child than finding that their home isn’t safe after all?

If you fancy something playful, moving, self-consciously bizarre and rather dark, you might like to give this a shot. Its heart is in the right place, even if I didn’t feel that it was always completely satisfying in a formal sense. Most importantly, though, I find it very hard to dislike a book in which a formerly powerful Fallen Angel has, for reasons that are never really explained, been transformed into a squirrel and announces his presence with the line: “I am the Squirrel of Destiny.” More profound squirrels in fiction, please.