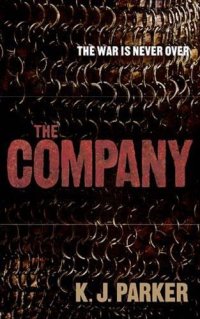 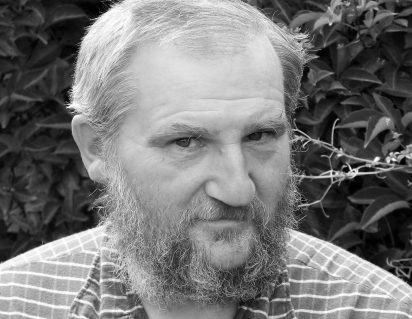 Gosh, it’s been far too long since I’ve read a K.J. Parker novel. How I’ve missed him. Reading his books can feel slightly like reading Georgette Heyer; not, I hasten to add, because they’re Regency romances (heaven forfend!), but because his stories are all rather similar. It doesn’t matter, though, because you know you’re getting into something well-crafted and entertaining, in supremely competent hands. In The Company, Parker introduces us to the former members of A Company’s line-breaker division: crack troops, sent ahead of the infantry to punch a route through the enemy’s front line of pikemen. The line-breakers became legendary: a band of men from the minor town of Faralia, who weren’t expected to last past the first battle, but who worked together to become – apparently – indestructible. Once, they were heroes. But now the war is over and most of them have moved on, taking up the threads of their old lives. When their charismatic leader Kunessin comes home with money in his pocket and a crazy dream on his mind, the rest of the company must decide whether to follow him once again. After all, if they can trust anyone in the world, they can trust each other. Right?

Obviously, real life doesn’t match the thrill of being on campaign. Aidi has done best out of all of them, using his pragmatism and mathematical abilities to set up a successful shop. Kudei has returned home to his family’s farm, where his hapless brothers swiftly exhaust his soldier’s demob pay. Fly has set up a half-hearted business as a fencing master, while Muri has ended up working in a tannery after a series of tragic losses. They haven’t actually spoken for years, mind you. It’s funny. Once they left the war, there didn’t seem to be anything left to talk about. But then Kunessin comes back: the man who led them on their craziest missions, who got them safely through, who fired them all up with loyalty to the group. He’s stuck it out in the army a bit longer, long enough to become a general and make a small fortune, but now all he wants to do is to get everyone back together again. He has a dream to colonise a small island, Sphoe, and to build a simple farming community where the five of them can work together again. He’s got it all thought out. All he needs is them. How can they possibly refuse?

The problem is that not everyone has been totally honest about what happened in the war, or afterwards. Some members of the company have old grudges that they haven’t quite forgotten, or dark secrets that they’d really rather didn’t come out. When they were on campaign, none of this mattered: they might die tomorrow and there really wasn’t time to worry about the bigger picture. But now, as they try to make a joint new life in the civilian world, unsettling questions start to bubble to the surface. And then there’s all the new problems caused by Kunessin’s vision for his new settlement. They need wives, of course – only Fly actually has a wife at the start of the book, and the others must find suitable women – and they need servants: strong men to do the bulk of the hard work. This is what I enjoy so much about Parker’s novels. Other authors might fudge the set-up of the new community and take us straight into its birth pangs, but Parker – and his characters – are fascinated with the way things are organised and the tiny omissions or problems that can spiral into cataclysmic issues. Like his other books, The Company is full of descriptions of how things work (or don’t work) – whether those ‘things’ are wars, military bureaucracy, societies or machines. This fascination with cogs and gears and minutiae is something that I’ve thoroughly enjoyed in all his work: it adds a verisimilitude not always seen in the fantasy genre. Of course, things don’t always go right. But it takes a perfect storm of problems for things to go wrong quite as badly as they do here for Kunessin and his doughty band of companions.

Like many of Parker’s other stories, this novel takes place in a vaguely Grecophone, vaguely late-medieval world, full of deliciously Machiavellian schemers and swindlers who exist in the grey areas of the moral spectrum. These are textbook examples of people who are very hard to like, but who nevertheless have a kind of irresistible charisma. Unlike Parker’s other books (that I’ve read), The Company creates a claustrophobic, heightened tension by isolating its characters on a deserted island, pitting them against nature and against one another. One review I’ve seen describes it as like Lord of the Flies – well, there might be an element of that. There are moments when it’s surprisingly grim, although Parker’s narrative voice is detached enough that you don’t always appreciate the true horror of what’s happening until a couple of pages later on. Some readers find this difficult to enjoy, I think, but I rather like it: I find Parker’s style pleasantly understated and ironic, undermining what you expect from the fantasy genre. His world is an acquired taste: it’s not the place to come if you want heroes and virtue and noble self-sacrifice – and it’s a particularly down-to-earth, non-magical version of fantasy that not everyone appreciates – but by God it offers tricksters and mavericks aplenty. Plus, it gives a satisfyingly messy picture of what fantasy worlds might be like when the great wars are over, the great companies are disbanded, and the legends of yesterday have to find a way to fit back into the lives they left behind.

Let’s be honest: this may not be the best Parker in the box, but it’s a perfectly solid one and it’ll give you a good idea of his style. If you don’t like this, you’ll probably struggle to get into his others as well. If you find yourself getting weirdly hooked on descriptions of gold-panning or how to get recalcitrant bulls off ships, you’re probably onto a winner with the rest of his work. Speaking for myself, I really need to get back into Parker’s longer books, as I enjoy his laconic style. I don’t lack material: I went berserk a couple of years back and bought all of them. There are still two volumes to go in the Engineer trilogy (and I may need to reread the first one, as it’s been so long); two volumes of The Two of Swords – not to mention The Hammer; the Fencer and Scavenger trilogies; Sharps; The Folding Knife; and a whole raft of short stories and novellas. It’s an embarrassment of riches and I suppose part of the problem is knowing where to start…