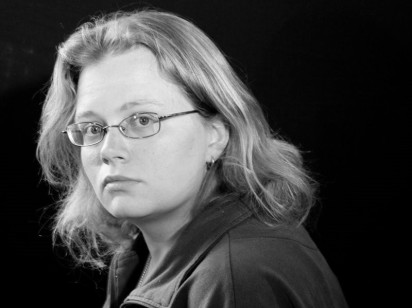 The Up-and-Under stories by A. Deborah Baker are cherished classics of children’s literature. Two friends, a strangely complementary boy and girl, set out together on a journey to a dazzling city, where destiny awaits. Along the way, they meet strange characters, some of whom are friends, and help them on their journey. Others seem friendly, but only hinder them. This is a core narrative in other stories too: the road; the city; and the knowledge that awaits you when you get there. But what if the story isn’t just a story, but a road-map? What if Baker’s innocent series of children’s books is actually a manual of secret knowledge? Few people know that A. Deborah Baker wasn’t a cosy children’s author. She was Asphodel Baker, one of the most brilliant and frustrated alchemists of all time, and the books were the distillation of her knowledge, in a world that slammed all its doors in her face. Now, a hundred years down the road, two children – a strangely complementary boy and girl – are about to embark on their own journey into the unknown. They can succeed, or they can die. Success will mean remaking the world. Sprawling, ambitious, and stuffed with ideas, Seanan McGuire’s Middlegame grabs you by the throat and simply doesn’t let go for five hundred pages.

You know how some books completely consume you? How they feel palpably real during the time you spend between their covers? How you spend your non-reading moments floating around in a fog, and your reading moments trying to devour the text with your eyes so you can absorb it faster? This was one of those books. I hadn’t read anything by Seanan McGuire before (although her Wayward Children series has been on my radar for some time), and Middlegame burst into my brain like an unexpected juggernaut: a tantalising, mind-scrambling blend of fantasy, horror, and timeslip adventure. It draws on the kind of stories that were hardwired into us as children, but this is absolutely not a children’s story. It’s a tale of the darkness inside each one of us, a story of the raw powers of the universe and the lengths people will go to control them. It’s like The Wizard of Oz reimagined by Dennis Wheatley, blended with Frankenstein and Groundhog Day and served with a side order of Stranger Things. It’s brilliant and horrifying and I haven’t the first idea how I’m going to describe it without getting myself in a tangle.

One story. Roger Middleton has always been shy, but has an unquenchable thirst for language. Books, dictionaries, foreign languages: he absorbs them all. And then, one day, as he sits uncomprehending in front of his maths homework aged seven, a voice pops into his head. A girl: Dodger Cheswich, who lives on the other side of the country, and is as brilliant at maths as Roger is at languages. They are both outcasts, both lacking the essential ease that will allow them to flow along the normal path of life. They’re both adopted. And they become friends, helping each other with their homework and having long conversations. How exactly do these conversations happen? Why them, out of all the children in the world? Is it just coincidence that they complement each other so perfectly? Roger and Dodger don’t understand, and don’t need to. They’re seven years old and it’s just wonderful to have a best friend all of a sudden. Little do they know that, by making contact, they’ve drawn the attention of dark forces; for Roger and Dodger are not accidents. They’ve met before. And they will go on meeting, again and again, until the darkness that watches them reaches out a hand to snatch them back.

Another story. Weary and frustrated, the great alchemist Asphodel Baker has given up trying to prove herself to her colleagues in the Alchemical Congress. They don’t take her seriously and are either too blind or too scared to acknowledge her ferocious power. She cannot do any more, but she can create her avenger. From fragments, compounds and ancient knowledge, she forms James Reed: determined, ruthless and immortal, he will carry forward her research and take the final step that Asphodel, for all her brilliance, couldn’t complete. Reed, like Asphodel, believes that the Impossible City can be reached by the improbable road, but it can only be accessed when the fundamental powers of the universe are under his control. He can do this by harnessing the Doctrine of Ethos, the force which shapes the world; but the Doctrine must first be incarnated. Reed has already incarnated minor powers – Order, Chaos – but the Doctrine is more challenging. It is too vast to be contained in a single form, so he decides to split it in two – divided between the bodies of twins, one created with a propensity for language, the other for numbers. When brought together, these ‘cuckoo children’ have the potential to dominate everything – but Reed intends the reins to be in his hand. He has several potential pairs under development. Which will mature first? Hawk-like, Reed watches his projects growing to fruition, with his operative Leigh at his side – inhuman, beautiful, immoral and deadly, and always ready to strike.

It’s honestly better just to take a running jump and plunge in at the deep end. As you bob around, trying to orient yourself, you gradually see the story taking shape: myth, esoterica and children’s stories come together into a deeply unsettling whole. I didn’t understand everything, but it didn’t really matter. McGuire convinced me that, even though I didn’t get it, there was something worth not getting at the heart of it all. She is a master storyteller, evoking the blood and death that ultimately lies at the heart of all fairy tales, without losing their profound innocence. And there is so much blood here. Unsuccessful experiments are ‘recycled’; investors of no further use are ‘removed’; and many of the darkest deeds are carried out under the shielding powers of a Hand of Glory. Although this is a fantasy novel, many of its key concepts or motifs are real. The Doctrine of Ethos is a real philosophical concept, created by the Greeks, about the power of music to prepare and influence the mind in certain directions. The Hand of Glory is equally real, if considerably more gruesome. McGuire draws on a whole raft of sources with glee, achieving an effect that’s rather like Robert Holdstock’s magnificent Mythago Wood: a palimpsest of influences that creates something entirely original and entirely absorbing. It winds tendrils into the dark, ancient places of your mind.

And the cherry on the top of this delicious but sinister cake? It won’t be long before we can read A. Deborah Baker’s Up-and-Under stories for ourselves (expanded by McGuire from the pieces she wrote for epigraphs in Middlegame). Over the Woodward Wall will be released in October 2020, and I for one can’t wait to read it. In the meantime, I’ll be moving on to the Wayward Children series, for which I now have high hopes…