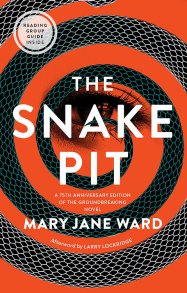 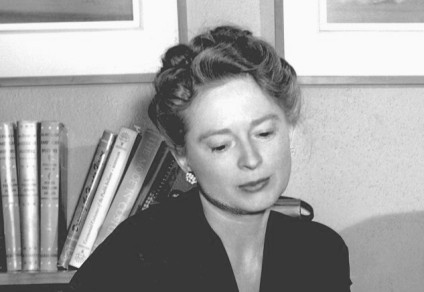 Virginia Cunningham finds herself sitting in a garden, while a strange man asks her about voices. She doesn’t quite understand how she came to be here. Has she gone out for a walk? Why, then, isn’t she dressed more smartly? Where is her husband Robert? Presently, another stranger called Grace urges Virginia to follow her, gently rebuking her for always forgetting how things work. Gradually, Virginia begins to understand that she is in a psychiatric hospital; but how long has she been here? Why can’t she remember anything before today? And what must she do in order to be released from this place, with its arbitrary and bewildering rules? Mary Jane Ward’s novel, of which this is a 75th anniversary edition, was inspired by her own experiences of institutionalisation, and played a major role in starting conversations about the treatment of mental illness in the USA. Poignant, compassionate, and often surprisingly amusing, it offers a frank picture of a world in which patients and staff often seem equally incomprehensible and irrational.

At first, Virginia wonders if she has come to this place as an observer. She’s a novelist, after all. Perhaps she has asked for first-hand experience, to help with a book? Having no idea what to do, she simply does as she is told: sits in the day-room, or accompanies the other ladies to supper, which has its own complex rituals. There is a brief smoking period before bed. Occasionally some ladies are taken away for work or exercise. Some disappear completely, transferred to other wards or (the Holy Grail) going home. Virginia learns that she is currently in Ward Three of Juniper Hill hospital; Ward One is regarded as the last step before release. Naturally Virginia longs to be back home with Robert – she can never be quite sure that the man who sometimes comes to visit her really is Robert, rather than a very clever imposter – but at the same time she’s terrified at the thought of trying to cope again with normal life. And then she begins to realise that many of the patients and nurses seem to know her, not only on Ward Three but, as Virginia finds herself transferred to other wards, there as well. Is it conceivable that she has been here much longer than she thinks – that she has, in fact, been through all these other wards before? Is healing, perhaps, not a linear process but just the latest iteration of a struggle against illness, two steps forward and one (or two) constantly back?

Virginia’s is a female world. Men appear only as visitors, like Robert, or as very occasional glimpses of patients from the men’s side of the hospital, or as doctors. On the wards, without men, women form a community of their own: one that is often abnormal by the standards of the outside world, but which has its own rules; and each ward is different. Some are ruled by terrifyingly strict nurses, who watch for any infraction of the rules; others are gentler and kinder, where rare gains of chocolate or cigarettes are shared. It is simply a matter of existing, and following the daily routines. But the male doctors are the ones who try to explain and categorise: they are the ones with the power to promote or send back a patient, often for reasons beyond her understanding. Virginia soon learns to share the general terror of ‘Staff’, an assessment by a medical team that can herald release but, just as often, presages a return to further treatment. She learns, too, to comprehend the slang for treatments – ‘tubs’ for lukewarm baths, or ‘pack’ for the tight swaddling of wet blankets. And there’s ‘shock’, too. Virginia, it soon transpires, has had a large number of ‘shocks’ – supposedly a treatment for the nervous breakdown which landed her in Juniper Hill, but which has also given her wide swathes of memory loss. Her mental wellbeing is being damaged by the very treatment meant to cure her.

The afterword suggests that Virginia’s journey is similar to that of Alice through Wonderland, with similarly bizarre rules and incomprehensible rituals. This actually offers a fascinating lens through which to view her ‘adventures’. Her fellow patients are not turned into grotesques for mockery: on the contrary, they’re presented as people for whom their own actions make perfect sense: those who dance; those who sing; those who speak to invisible companions; all of these people, in their own minds, are behaving rationally – just as Alice’s interlocutors in Wonderland believe that they, too, are completely rational. And the sense of bewilderment is increased by Ward’s brave and highly effective choice of narrative. Her viewpoint skips between first, second and third person, often in the course of a single scene, reflecting the fragmentary and confused nature of Virginia’s psychology in a highly sophisticated fashion. Some readers haven’t enjoyed that aspect; I thought it was a really powerful evocation of what mental illness feels like: the lack of agency, and the dizzying transformation of situations, without any necessary link between past, present and future.

The Snake Pit was based on Ward’s involuntary committal to Rockland State Hospital in upstate New York in 1941. She had experienced verbal incoherence, now thought to be the result of stress and financial anxiety – she and her husband were barely scraping a living in late-Depression-era New York. Her diagnosis was schizophrenia. And she would go on to be hospitalised three more times in her life, with much the same symptoms, in 1957, 1969 and 1976. For all that, the voice in this novel – which I think we can fairly call autobiographical – is that of a woman who is witty, intelligent and vibrantly articulate in her own head, even as she finds herself struggling against mental illness.

And yet Virginia accepts that she does need to become well again: she is not a well person committed by mistake, or someone who has wheedled her way into a hospital only to be trapped there (The Snake Pit was a known influence on One Flew Over The Cuckoo’s Nest). But she needs proper care and medical attention in order to recover. The novel shows the sheer scale of the battle to secure this: there are too many patients and never enough staff – let alone enough money. Far too many women in The Snake Pit have been abandoned – they don’t have Roberts to fight for them – and are now trapped in the never-ending coils of a system which they look set never to escape.

Stylistically inventive, and lucidly written, this is deservedly a modern classic – and portions of it remain dismally relevant, even today. Highly recommended.