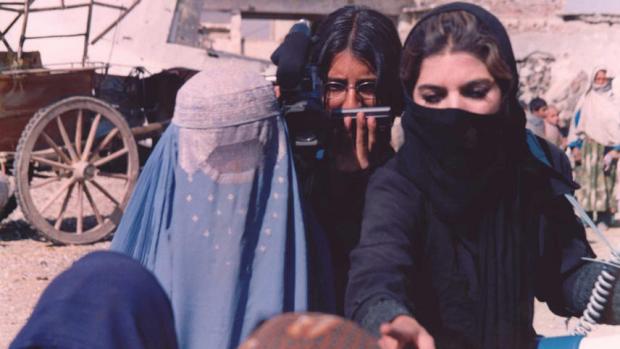 A cautionary note before we start. Don’t watch this unless you’ve already seen At Five in the Afternoon. You need that context to understand the events of this remarkable documentary and to appreciate the results of the hard graft we see here. This isn’t just any ‘making-of’ film. Slightly longer than an hour, it records the efforts of a twenty-two-year-old female (Iranian) director to make the first full-length film in Afghanistan, barely a year after the fall of the Taliban. And it’s filmed on a handheld digital video camera by her fourteen-year-old sister. A tale of frustration, determination and lots and lots of shouting, it’s a testament to the sheer force of will that’s necessary to get a film made, and a fascinating glimpse behind the scenes.