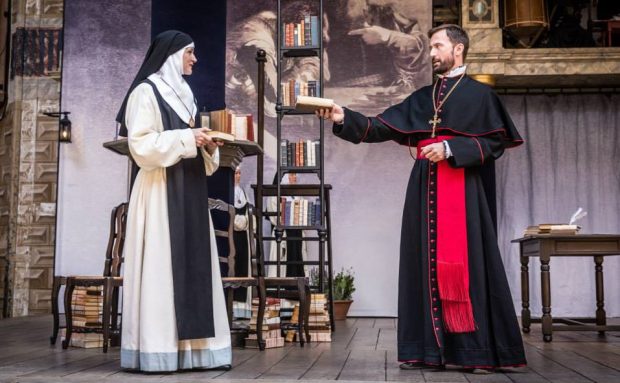 I saw Helen Edmundson’s play The Heresy of Love over a month ago and, since the run finished in early September, there may be little point posting on it now. However, in recent days I’ve been turning it over in my mind again, thanks to the novel I’m currently reading: Flow Down Like Silver, about Hypatia of Alexandria. The parallels between these two brilliant women are obvious and crushing. Both were rich in intelligence and wit; both were faced with a new and unforgiving religious regime, which couldn’t tolerate that which it couldn’t control; and both were punished because they strayed beyond the confines of what was considered acceptable for a woman to know. Both stories provoke me to anger. Both deserve to be better known.