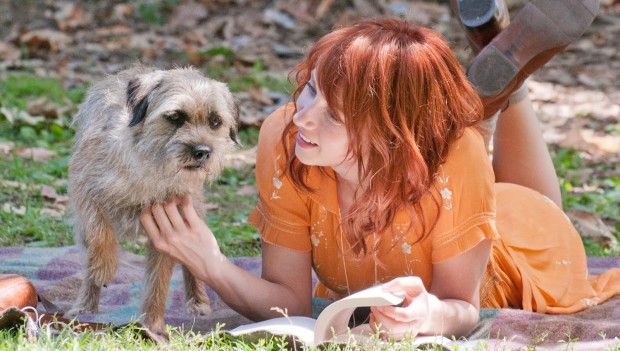 Fresh from high school, Calvin Weir-Fields (Paul Dano) wrote a book that was hailed as one of the great American novels, earning its writer comparisons with J.D. Salinger. Ten years later, he’s still trying to write his second novel, lost in a fog of self-pity which is alleviated by weekly visits to his therapist and apathetic walks with his dog Scotty. His therapist suggests that Calvin just tries to write something simple: a scene in which someone stops to admire his dog. In Calvin’s imagination, the girl who admires Scotty turns out to be everything that he, Calvin, desires in a girlfriend. Inspiration flows and the narrative becomes less of a story and more of a wish-fulfilment.