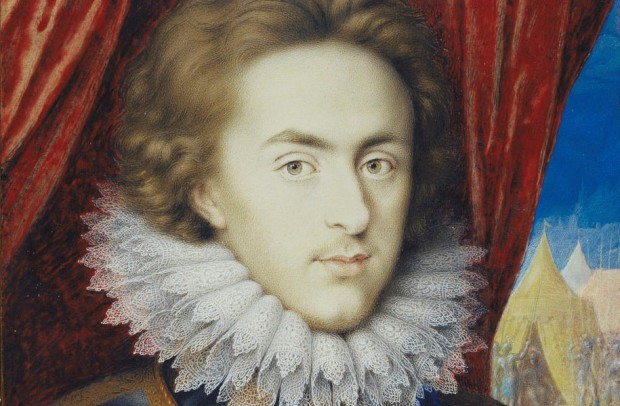 No expense was spared to educate Henry Stuart, the eldest son of James I and the future Henry IX of England. Thanks to the efforts of his tutors, friends and courtiers he showed every sign of growing up to be a perfect example of the Renaissance prince.  He was tutored in history and the classics, and his adoring father wrote a manual for him, the Basilikon Doron, which offered advice on good governance (the original manuscript is in this exhibition).

Intelligent and well-read, Henry combined scholarship with military aptitude: he was a fine jouster, a lover of masques and poetry, a patron of architects, engineers and garden designers, and an art collector. An energetic love of tennis and swimming went alongside a curiosity about the world around him, which led him – at a young age – to sponsor English expeditions to find the North-West Passage and to explore Virginia. It was on this latter expedition, begun in 1606, that Jamestown was founded and Captain John Smith encountered Pocahontas and Powhatan.

Shortly before his nineteenth birthday, in October 1612, Henry suddenly and inexplicably fell ill. Despite having the very best doctors at his bedside, and being provided with the last word in Stuart medicine, he died less than a month later (the treatments, incidentally, involved pigeons being applied to his head and a split cockerel to his feet). His parents were distraught and the country was plunged into mourning: despite his youth, his funeral was even more elaborate than Elizabeth I’s. The gap created in the succession was filled by his sickly, shyer, less glamorous younger brother, who was crowned thirteen years later as Charles I. And the rest, as they say, is history. It’s tempting to imagine – in a very speculative way – how different British history would have been if Henry had survived (the English Civil War would probably never have happened, for a start). 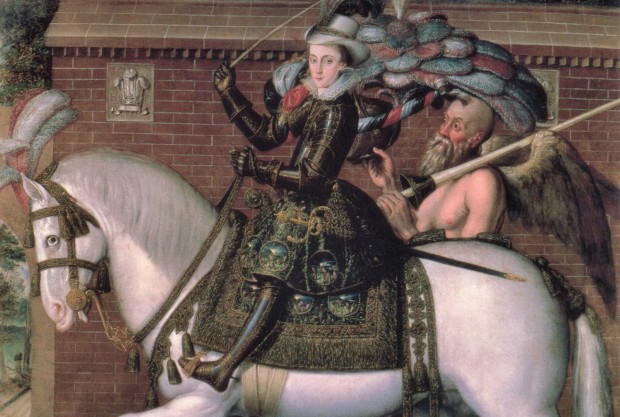 Like most of the best exhibitions I’ve seen over the last couple of years, this is a small, very tightly-focused show and it’s one of the most illuminating because its subject is so little known. The National Portrait Gallery recreates Henry’s world through a carefully-chosen selection of objects which also offer a broader insight into the culture of Jacobean England. I’ve fallen in love with this period recently – mainly because of my interest in the history of costume – and it’s wonderful to have an opportunity to explore this brief but dazzling culture through the lens of one young man’s life. There are portraits aplenty, of course, and I’ll talk about some of them in a moment, but some of the most moving exhibits are the documents, which inadvertently open up larger windows onto the world in which the prince lived.

At the age of nine, for example, he wrote a letter to his mother (in a beautifully clear hand), reassuring her of his good health. It was written at Nonsuch, a fabulous Renaissance palace ornamented with stuccoes, towers and pinnacles, which had been built as a hunting lodge by Henry VIII. The young Henry Stuart divided his time between this confection of Italianate flamboyance and the more established Tudor palace at Richmond, surrounded by his own household of servants and tutors. We see a little more of his education in the form of his copybook, where the right-hand page is covered in repeated passages from Cicero, in an effort to regularise his (already elegant) handwriting. On the left-hand page, however, Henry has toyed with all kinds of swirls and flourishes as he tries out his signature: it’s a wonderful detail, all the more so because who can honestly say they didn’t do the same in their exercise books at school?

Perhaps the most poignant document, however, is the handwritten record of the autopsy carried out on Henry in an effort to establish his cause of death. The doctors who treated him record the appearance of various organs, with such precision that – even though they couldn’t explain his illness – modern doctors have been able to use the observations to diagnose typhoid fever, four hundred years after the event. Nearby is another case containing the wooden effigy that was carried in procession on top of Henry’s coffin, now lacking its wax head and jointed arms. This strange, life-sized model adds a rather creepy feel to the final room, but it’s astonishing that it’s survived (it’s been at Westminster Abbey ever since the funeral in 1612). 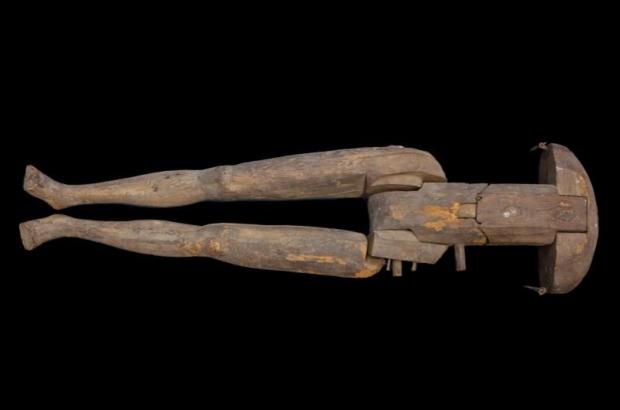 However, let’s return to Henry in life. The most beguiling and elegant portrait of the prince is, without doubt, the exquisite miniature by Isaac Oliver which  I reproduced at the beginning of this post. It’s one of the artist’s masterpieces: a showstopping example of technical skill. Painted on vellum to give it a gorgeously smooth finish, it measures only 13 x 10 cm., but it’s of such quality that it doesn’t suffer from being vastly enlarged on the publicity posters. Most of the other pictures of the prince are by Robert Peake the Elder, who took advantage of Henry’s liveliness and activity to create dynamic new forms of royal portraiture. In one picture, the prince is caught in the act of drawing his sword, in a pose borrowed from a Goltzius engraving. In another, he pauses at the concluding moment of a hunt, accompanied by the 3rd Earl of Essex. In another, he poses on an enormous horse with the defeated figure of Father Time following behind: a choice of iconography which must have acquired a bitter irony after his tragically early death.

These large portraits are utterly different from what had come before (save the odd allegorical picture) and it just shows the kind of visual creativity that was already developing in Henry’s circle. The same spirit of invention can be seen in the theatrical designs by Inigo Jones, who conceived the sets and costumes for an increasingly elaborate series of court masques. The two main masques represented here are Prince Henry’s Barriers, in which Henry performed as the chivalric hero Meliadus, and Oberon, the Faery Prince, commissioned by the seventeen-year-old Henry, who took the title role. How I would love to see one of these masques! I didn’t know before that Jones worked for Henry for the last two years of the prince’s life as his Surveyor of Works, which throws up the tantalising prospect of what he might have built for Henry if he had become king.

Robert Peake, Henry Stuart, Prince of Wales, and the Earl of Essex (detail)

In his eighteen years, Henry wasn’t able to establish much of an art collection, but the show gathers together some of the items known to have been owned by him. Interestingly, his preference seems to have been for Northern paintings above Italian, whereas Charles I was very focused on the Italian School (and the same is true of Lord Arundel, who became one of Charles’s key cultural advisers, but who had previously been part of Henry’s circle). Henry did own a couple of small bronzes by Giambologna, but these were a gift from Florence at the time when it was thought that he might marry a member of the Medici family. He also collected books and the two which excited me the most were a copy of Chapman’s Homer (blame Keats) and a volume of Erasmus’s De Conscribendis Epistolis, which had previously been owned by Thomas Cranmer and bore his signature on the title page.

We can only ever get a glimpse of Henry’s life and potential, but I thoroughly enjoyed my introduction to a historical figure who hadn’t really registered on my radar before. The show is firmly recommended and I imagine it’d be a good fit with the Shakespeare exhibition at the British Museum, if you wanted to make a day of it (and can get to London before the BM show closes). There is a fine catalogue available for those who can’t visit in person, with good reproductions and well-written essays.

For those who want to find out more about Henry and his time, there’s also a book by Roy Strong, Henry, Prince of Wales and England’s Lost Renaissance. I haven’t read it myself yet but, as Strong is the authority on artistic iconography and culture in early 17th-century England, I certainly intend to buy it. 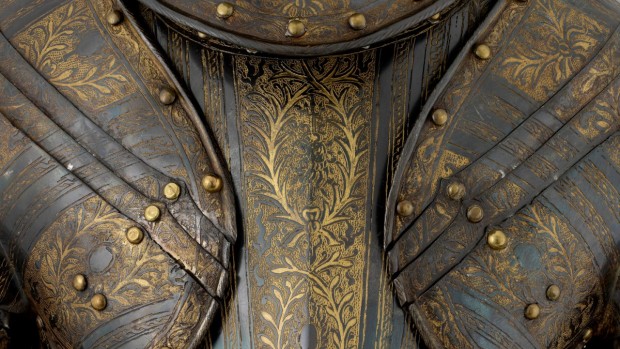