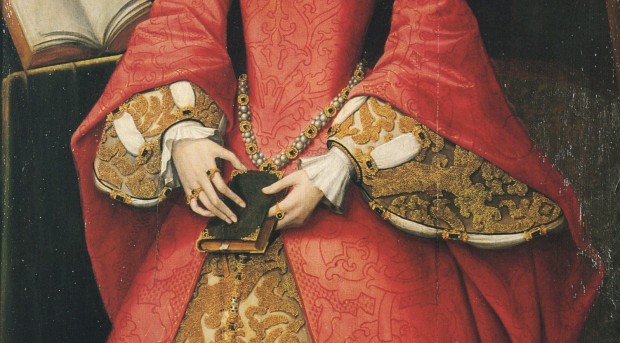 Before we begin, let’s get one thing clear: if you have any interest in historical costume, the Tudor and Stuart courts, or textiles, then you absolutely must see this new exhibition at the Queen’s Gallery. It’s visually glorious, with a collection of splendid portraits from the Royal Collection displayed alongside surviving examples of costume from the period; and it’s also intellectually absorbing, because it takes very familiar images and, in switching the focus from the sitter to what they’re wearing, encourages you to think about portraits in an entirely new way.

It helps that the period covered (circa 1540 to circa 1680) includes two of the most sartorially romantic eras of British history: the sumptuous, jewel-encrusted grandeur of the Tudors and the billowing, unstructured grace of the Civil War period. Among the exhibited pictures are works by Holbein, Mytens, Van Dyck and Lely – the great London-based court painters of the period – supplemented with a European context offered through portraits by Rembrandt, Bronzino, Lorenzo Lotto and Frans Pourbus. Not to mention a collection of beautiful miniatures, including my beloved Isaac Oliver Portrait of Henry Stuart, Prince of Wales.

The exhibition begins by introducing us to the development of costume from the mid-Tudor to late Stuart period. I was very impressed by the boards which illustrated the chief components of male and female fashion at roughly fifty-year intervals: this was a super way to easily visualise the change from the slimmer female silhouette of the 1540s to the bulkier boxier shape of the farthingale in circa 1590, and the corresponding developments in male costume. For all anyone might say about the slower pace of changing fashions in the 16th century, these boards made it quite clear that someone from 1540 would have looked distinctly outdated to someone of the 1590s. 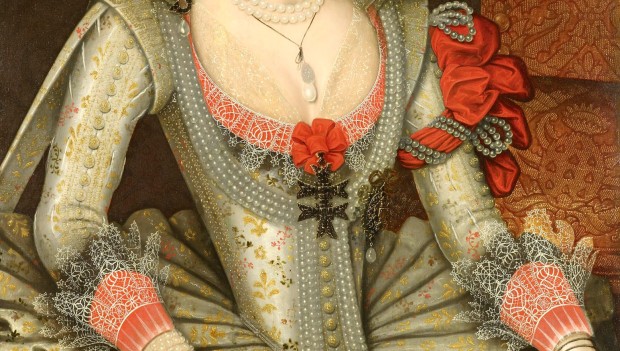 And the development over the course of a hundred years is striking. The young Princess Elizabeth in the portrait of circa 1546, attributed to William Scrots, wears a slim-fitting gown in the Spanish style with large bell sleeves. She was officially illegitimate, but wears the crimson silk and cloth-of-gold reserved for royalty, suggesting that her status was more fluid than the law implied. Anne of Denmark, in the portrait of circa 1614 attributed to Marcus Gheeraerts, wears the drum-shaped farthingale that was already passing out of fashion outside the court, but which remained the official mode of court dress thanks to her patronage. The separation between court dress and the latest fashion is clearly visible in the British School Portrait of a Woman, painted only six years later, in which the lady has dispensed entirely with the cumbersome farthingale. Instead she wears loose red silk skirts with one of those gorgeous Jacobean bodices, embroidered with vines, fruit and flowers, which I love so much. Only twelve years after that, Van Dyck painted Henrietta Maria in the plain silk gown, billowing sleeves and lace collar that herald the age of the cavaliers.

We have to be a little careful, of course: as the exhibition points out, what we see in portraits isn’t always an accurate reflection of what the sitter would actually wear in real life. Lely’s gorgeously dishevelled women are shown in a fancy, allegorical undress. Sometimes artists flattered their sitters by painting them with many more jewels than they actually possessed. Or a costume was given a final little touch with the addition of a prop from the artist’s studio, such as the fluttering gauze scarf threaded with gold, which appears in several of Lely’s female portraits. Then there were the intriguing pictures of women in costume either inspired by or lifted directly from male fashion: Simon Verelst’s Portrait of Mary of Modena in Hunting Dress (circa 1675), for example, in which the artist’s rather wooden attempt at a facial likeness is overshadowed by the dazzling intricacy of of golden and silver embroidery on the beautiful coat. Or, more striking still, the portrait of Frances Stuart, Duchess of Richmond, dressed as a man complete with buff coat and periwig – placed exactly alongside Lely’s beguiling image of her in golden silks, all-feminine. I would love to know more about the motivation behind pictorial transvestitism of this sort. Was it a comment about Frances’s authority or power, that she chose to be shown in male costume? Was it a form of game; and, if so, was it a private joke or a shared one? Was the viewer meant to know that this was a woman dressed as a man? 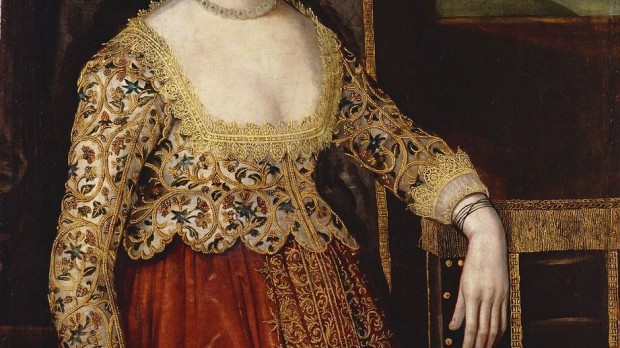 After this initial chronological section, the exhibition continues by theme, looking at women’s, men’s and children’s fashions, as well as considering fashion designed for battle and the hunt, costumes designed for masques, and the wider European fashions that influenced English style. There were some less familiar pictures which struck me, such as the Portrait of Charles II as Prince of Wales (1644) by William Dobson (a vastly underrated painter), and the perfectly-poised Isabella Clara Eugenia and Catalina Micaela, daughters of Philip II of Spain (circa 1570), attributed to Alonso Sanchez Coello.

The things which most thrilled me, however, were the examples of original costume which were on display. I was very taken with a spangled nightcap, displayed alongside the undercap whose lace trim would have been folded up around the nightcap’s edge (circa 1615). There was a pair of green silk stockings, thought to have been made for William III and embroidered with crowns on the ankles (circa 1690). And, satisfying my love of Stuart style, there was a real buff-coat, and an intricate lace collar similar to that in Van Dyck’s famous triple portrait of Charles I. (Incidentally, while we’re on the subject of that picture, I had never noticed before that Charles’s hair is longer on the left-hand side than on the right; apparently this is an accurate depiction of the fashion of the time.)

But the one thing I craved to steal away with, more than anything else in the show, was a man’s doublet of brown satin dating from the 1620s, exquisitely embroidered with patterns of blue cord, in such unbelievable condition that it looked as if it could have been made yesterday. Every aspect of it was perfect, from the gathered flounce along the pointed waistline to the coppery gleam of the silk, the buttons along the tight-fitting wrists and the slashed upper sleeves which showed the (reproduction) linen shirt beneath. It looked surprisingly stout when seen from the side, showing the extent to which Stuart men shaped, padded and falsified their bodies, seeking after the ideal silhouette as much as women did. It was beautiful and part of its charm is that it looks fairly sober from a distance and only reveals its wealth of detail when you come close to it. I had to keep going back to look at it again. 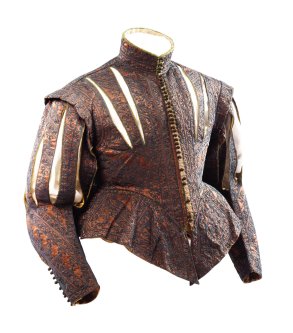 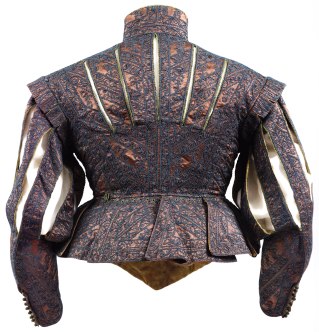 Alongside the costumes and the paintings are complementary objects such as grooming sets, needlework boxes (one remarkably ambitious, with a pastoral scene crafted on its lid), accessories and jewels. One particularly amazing little item was a portrait miniature of Henrietta Maria, which came with no fewer than nineteen mica overlays. By placing these over the top of the portrait, so that her face showed through only the blank areas, you could transform her into a nun, a Turkish gentleman, an Elizabethan cleric, a moustachioed cavalier or a lady in a whole variety of costumes. Whether this was a plaything or some kind of political satire, I’ve no idea, but it tickled my sense of humour and I would have loved to be let in to play with it, overgrown child that I am. But perhaps this, more than anything else, showed that the meaning of dress was not fixed – it could be adopted or subverted. There’s so much to see, so many wonderful things to absorb, that this is one case where the catalogue really is a benefit. I’ve yet to read it properly, but it’s a work of art in itself, covering all the themes of the exhibition and illustrated with plentiful closeups of the paintings, juxtaposed with fragments of similar surviving fabrics.

Offering a ravishing feast of ruffs, embroidery, cloth of gold, silks, gleaming armour, and the simple sheen of expensive black satin, this is a wonderful primer in the history of fashion. And it doesn’t just look at what fashion was, but how artists chose to represent it, whether that’s Lely decking out his Windsor beauties in alluring fantasy costumes; or the unknown British artist painting his Jacobean lady’s bodice with such feeling that her rather stiff face looks almost like an afterthought; or the way that Van Dyck and Rembrandt gently blurred elements of their costumes, in order not to overpower their sensitive depictions of their sitters’ personalities. My mother and I spent two solid hours savouring it all and I think both of us would gladly go back.

We’ve been so lucky in London this past year: we’ve had a series of (generally) excellent exhibitions about the sixteenth and seventeenth centuries in England, which have offered all sorts of interesting perspectives on the period. These included Shakespeare: Staging the World at the British Museum; Treasures of the Royal Courts at the V&A; The Lost Prince: The Life and Death of Henry Stuart at the National Portrait Gallery; The Wild, The Beautiful and the Damned at Hampton Court; and The Noble Art of the Sword at the Wallace Collection, which looked at the development of the rapier in England as part of a wider European context. And the Tudor/Stuart fun isn’t over yet. In October the Museum of London will open an exhibition titled The Cheapside Hoard: London’s Lost Jewels, which will focus on the wonderful stash of Elizabethan and Jacobean jewellery discovered in a Cheapside cellar in 1912. That’s something to look forward to. For now, however, I must repeat: In Fine Style is definitely something not to be missed. 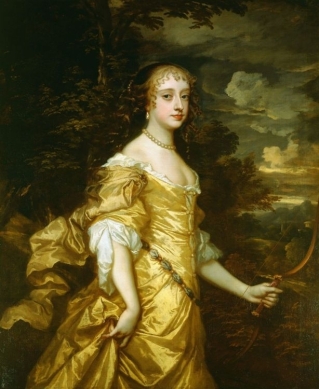 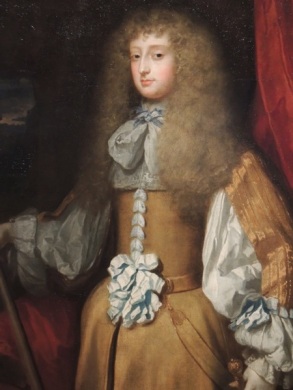 6 thoughts on “In Fine Style: The Art of Tudor and Stuart Fashion”