Although I have a television, I don’t watch it much and so I’m usually hopelessly behind with the latest hit series. Just look at how long it took me to get into Sherlock, for example. With Miranda, however, I’m even further behind. Series 1 was aired in 2009 and Series 2 in 2010, but I knew virtually nothing about it, beyond the fact my parents had seen some of the episodes and found it amusing. (I only knew that because my mother started pouncing on every time I said ‘such fun’ in the course of a conversation, and had to explain herself.)

Then, earlier this year, I was on a transatlantic flight and needed to watch something funny which didn’t demand any kind of intellectual engagement. I laughed so hard that I almost cried, to the extent that I had to apologise to the person sitting next to me. And so, when I saw a box set of the first two series over the weekend, I couldn’t resist. As it happened, it rained for most of the weekend and so I ensconced myself on the sofa with a big cup of coffee and a bag of Maltesers.

Miranda is heartwarming, gentle and undemanding: the comedic equivalent of chicken soup and a nice warm blanket. Reams have already been written about it and I imagine that anyone who wants to see it has already done so. However, I wanted to do a post just in case there’s anyone out there who could do with some blindingly daft humour to brighten up a rainy Saturday. Lots of comedies now are edgy and ironic and perhaps slightly cruel, but this is the complete antithesis of all that.

It focuses on Miranda (played with semi-autobiographical flair by Miranda Hart, who also conceived and wrote the series). Miranda is a six-foot tall, ex-boarding-school girl in her mid thirties who, to the despair of her family, has ploughed her inheritance into opening a joke and gift shop which is run by her friend Stevie (the sparkly Sarah Hadland). Single and desperately tongue-tied around men, Miranda yearns after her good-looking friend Gary (Tom Ellis), who works as a chef at the restaurant next door, and tries to fend off her posh interfering mother (Patricia Hodge), who is determined to set her up with someone. Add in Gary’s boss, Clive (James Holmes) and Miranda’s excruciatingly rah schoolfriend Tilly (Sally Phillips) and you have the entire cast of regular characters. 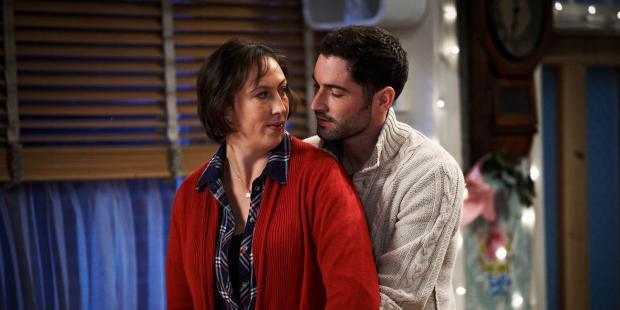 The range of locations is similarly restricted: most of the action takes place in the shop, the restaurant and Miranda’s flat. These scenes have been shot in a studio in front of a live audience (so be warned, if you’re not a fan of laughter tracks). It’s inspired by the kind of vintage British comedy that I grew up watching on Sunday evenings: Dad’s Army or Open All Hours, perhaps, complete with the ‘You Have Been Watching’ section at the end when all the characters wave at the camera. Almost everyone has a quirk or catchphrase of some kind, from Miranda’s glorious mother who swans out of every scene with, ‘Such fun!’ to Stevie’s motivational rendition of the chorus from M People’s Proud. It’s deeply traditional stuff but, to paraphrase Miranda’s mother, it’s what I call jolly good fun.

After all, sometimes the traditional kind of comedy is what you need.  This series is farcical, silly and deeply reliant on slapstick humour, but it’s also well-crafted, very endearing and leaves you with a big grin on your face: there isn’t the slightest hint of gloom. It isn’t to everyone’s taste, but it’s the perfect antidote to so many of today’s knowingly self-conscious, acerbic shows. A new series is due to start next month, so I’m finally up to speed and will be looking forward to my regular dose of the ridiculous. I know Miranda Hart has just published a book, Is it Just Me?, so I’ll be very interested to hear if anyone out there has read it. The Book People had it on offer at last week’s Christmas fair at work (how can it already be Christmas?), but unfortunately it was a choice between that and Neil Oliver’s Vikings, and the Vikings triumphed, on which more soon. I’m not a big reader of showbiz autobiographies; but if I’ve missed out on a gem, please do let me know! 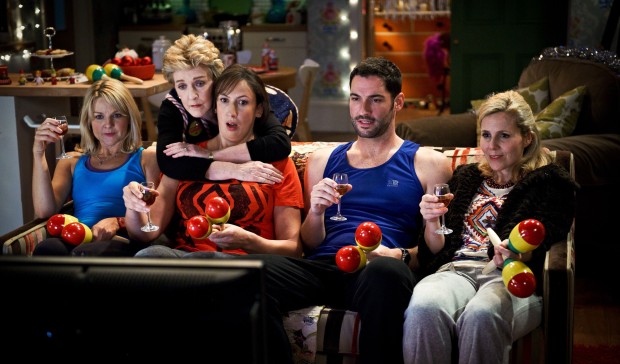