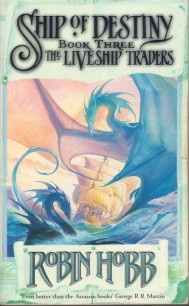 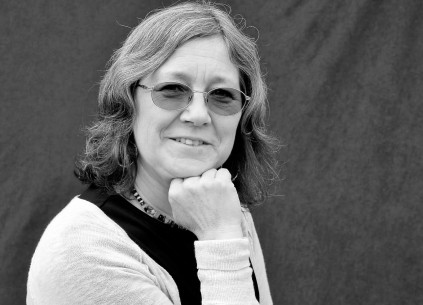 In this final instalment in the Liveship Traders trilogy, we rejoin the people of Bingtown and the Rain Wilds in the aftermath of the hatching of the dragon Tintaglia, whose existence calls for a complete change of attitude. That change is required not just in the minds of the Rain Wild Traders, who will become so intrinsically linked to her iron will, but more generally in the minds of those waging war, who come to realise that, no matter how powerful they are in human terms, there are some forces they can never overcome.

Directly or indirectly, Tintaglia’s emergence affects all the plot lines which have been unfurling so intricately during the last two books. In return for the assistance she demands in safeguarding the final journey of the serpents up the Rain Wild River, she makes a dramatic intervention in the Chalcedean siege of Bingtown, and condescends to help Reyn search for his beloved Malta, who has been unhappily stranded with the petulant Satrap of Jamaillia. Selden, the youngest of the Vestrit children, finds his role as the spokesman and defender for Tintaglia, as her emergence brings him visions and memories from the days of the Elderlings. And, spread across the seas of Jamaillia, serpents and liveships find themselves increasingly troubled by the insistent nudge of old memories, buried deep within, forcing them to confront their pasts and futures, and to see what they really are.

Wintrow finally fulfils his purpose, not as a priest or pirate, but as a liberator; and Kennit’s ambitions take a darker, crueller turn as the dragon-self within Vivacia bolsters his sense of his own power. With Brashen and Althea at his helm, the emotionally-divided Paragon struggles to embrace the totality of his being – and Amber, witnessing the transformation of the world, watches and marvels as destiny becomes reality.

We are on the cusp. We are a coin spinning in the toss, a card fluttering in the flip, a rune chip floating in stirred water. Possibilities swarm like bees. In this date, in this moment, in a breath, the future of the world will shift course by a notch. One way or another, the coin will land ringing, the card will settle to the table, the chip will bob to the surface. The face that shows uppermost will set our days, and children to come will say, ‘That is just the way it has always been.’

Can I talk about Amber now? Obviously, this is going to involve spoilers, so please be careful; you have been warned! I remember, when I read the books for the first time, I didn’t pick up on all the clues about Amber and it wasn’t until I read a certain scene in The Tawny Man trilogy that I realised what had been going on, and came back looking for the hints. Most were very subtle, although towards the end of The Mad Ship we had a teasingly direct clue, when Lavoy sneers at Amber for being a fool, and she admits, ‘It’s not the first time I’ve been called a fool, and likely not the last‘. Here in Ship of Destiny, as Paragon lies in flames and Amber desperately plunges into his mind in an effort to save herself and the crew, one of his dragon-selves taunts her, calling her ‘little fool‘; and, at another point, Paragon attempts to reassure her: ‘You are only one small, short-lived creature. You’d have to be a fool to think you could change the course of the whole world‘. Amber’s reply? ‘Oh, Paragon, in that you are more right than you know, my friend.’

For Amber, as you probably realised long before I did, is just another persona adopted by the person we came to know in The Farseer as the Fool. Ever drawn by moments of change and, most especially, by the prospect of dragons returning to the world, Amber has again endeavoured to be at the heart of the storm. And yet, even though the Six Duchies is a long way north (and few people would recognise Amber’s honey-coloured skin and hair), she hasn’t simply deserted one life for another. On the contrary, we begin to see here the true depth of the Fool’s connection with Fitz. Amber’s renovation of Paragon’s figurehead in Fitz’s image – given away by the elaborate earring and the motif of the charging bucks – is a flamboyant assertion of affection, which is both public and, in her refusal to give details of Fitz’s name, strangely private. (I laughed aloud when Brashen asked ‘Are you going to fix his nose?’ only to be rebuffed with the full force of Amber’s indignation.)

There’s also an odd moment when Amber and Paragon are discussing Wintrow, and whether his destiny turned out as planned – whether he was actually meant to be a scholar rather than a king – and Paragon, trying to be comforting, points out that ‘It is probably no more significant than if a man who was meant to be a king became a philosophical recluse instead‘. Amber’s reaction puzzled me at first, and then I remembered that of course Fitz was technically the heir to the throne, and yet has ended up in some tiny cottage somewhere, struggling to write a history of the Six Duchies. Perhaps Amber feels that in both cases she is somehow responsible for not allowing destiny to follow the right path. And, as I paid more attention to her character this time round, I was struck by the sudden thought that actually – if you consider The Farseer, The Liveship Traders and The Tawny Man as three parts of the same story – the Fool/Amber becomes the focus. Maybe I’ve misunderstood the books before. Maybe this isn’t Fitz’s story, or Althea’s story, or the Rain Wilds’ story – this is the story of the one character who can move between these worlds and who is ready to nudge others into the right paths to make sure that things happen as they should. And that puts a rather different perspective on things.

When writing about The Mad Ship I mentioned that the feel of The Liveship Traders is very different from The Farseer, and magic becomes even more central to the final book in the trilogy. With Tintaglia’s emergence the story moves very firmly into the realm of high fantasy, even though its mercantile, early-modern setting is refreshingly different from the usual. Certain things, such as Selden’s miraculous transformation into a golden-tongued Elderling charmer, felt a bit sudden and overall it does sometimes feel as if the individual dramas and concerns of the characters are overshadowed by the epic grandeur being pushed up a notch or two. Kennit’s changes bothered me slightly, because from being a complex and quite engaging character he suddenly becomes a fairly stereotypical villain, and that’s something that doesn’t really make sense in the light of his development in the other books.  I can’t decide whether this is somehow the result of Bolt’s influence, or whether we’re meant to feel that he is more unstable because he’s offloaded so much of his past into Paragon’s memory. Either way, even though he had a very moving final scene, I felt that it was a rather disappointing end for a character whom I’d been rather enjoying, and who seemed to have a lot of potential.

In fact, one major difference between this trilogy and The Farseer (apart from the levels of magic) is that, in The Liveship Traders, everything finishes ‘well’. Even if not all of the characters make it to the end, there’s no doubt that this is definitely a happy ending, with all the couples neatly paired off with their ideal match and a new world of dragons on the horizon. For me, that’s just a little too tidy as an ending. Perhaps I’m just a lover of angst, but I find The Farseer‘s rather harsh philosophy to be much more powerful and memorable – there is no happy ending: we just have to find our path in life and do what we consider to be right, as far as that is possible. We may never know whether or not we’ve succeeded. That is probably one reason why The Liveship Traders never quite worked its way as deeply into my heart as the Fitz novels – that, and the fact that in using a wider pool of viewpoint characters, Liveship never gives us the sense of being as intimately connected to anyone as we are to Fitz with his first-person narration.

Having said all that, I’m very glad to have reread the books, both as stories in their own right and as key parts of the overarching narrative. The amount of thought and care that has gone into Hobb’s worldbuilding is truly impressive, and the intertwining plots are intricately detailed and generally very absorbing. If you’re keen on high fantasy, you should definitely give them a go; fans of A Song of Ice and Fire, for example, might enjoy the rather different take on dragons. Personally I’m really looking forward to returning to the Six Duchies, even though in the aftermath of Tintaglia’s flight, nothing will ever be quite the same again.

Last in this series: The Mad Ship

Here is the final Liveship Traders cover feature: once again, a disappointingly sane and sensible collection of designs! 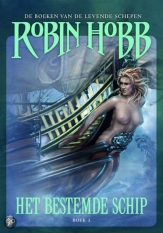 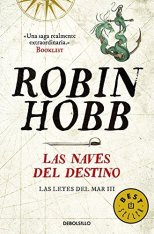 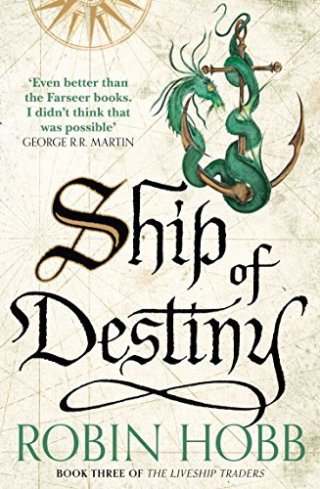 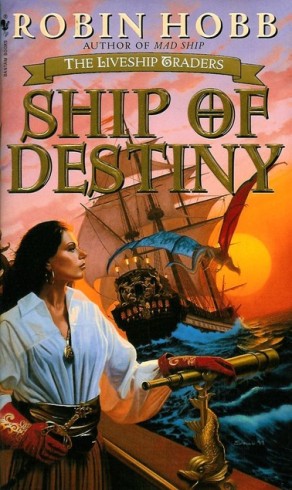