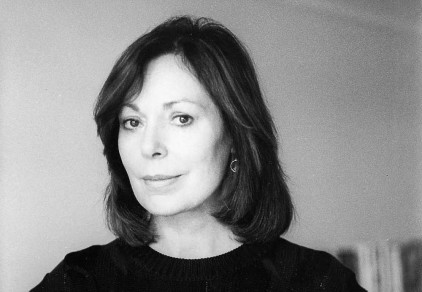 I’ve wanted to get my hands on this ever since reading Music and Silence several years ago and it has definitely been worth the wait. Tremain has just published a sequel to Restoration, titled Merivel: A Man of His Time, so I thought I’d better catch up before everyone starts telling me how wonderful it is. I don’t know her work that well – Music and Silence and Restoration are her only novels that I’ve read to date – but in both cases I’ve been struck by her shrewdness, her poise and her sheer skill as a writer.

Tremain’s antihero in this book, Robert Merivel, is a splendid creation: a blend of absurdity, ambition and hidden pain, whose braying bluster completely dominates the narrative. For all his faults it’s impossible not to feel some affection for poor Merivel, as he tumbles through the vicissitudes of life; and the result is a brilliant novel not only about the restoration of a monarchy, but also about the restoration of one man’s soul and sense of purpose. But I get ahead of myself.

Plucked from his studies at Caius, the young physician Robert Merivel is swallowed up by the colour and gaiety of King Charles II’s Restoration court. In this world, the values of the Puritan age have been pushed to one side: the King, not God, is the fount of all grace and favour. It is no longer fashionable to be grave and sober, to fear God or to live a simple life. Instead, in the breathless thrill of the King’s return, all that matters is to be witty, to dress well, to make displays of conspicuous consumption and to reflect Charles’s glory. Captivated by the glitter of the Court, Merivel gladly plays the fool.

So this is how you might imagine me: at table, rustling with laughter in a gaudy suit, my migrant hair flattened by a luxuriant wig, my freckles powdered, my eyes twinkling in the candlelight, my pudding being ejected from my mouth by that force within me which snorts at sobriety and is so greedy for foolishness. Do not flatter yourself that I am elegant or worthy in any way, but yet I am, at this moment that you glimpse me, a rather popular man. I am also in the middle of a story which might have a variety of endings, some of them not entirely to my liking. The messy constellations I see through my telescope give me no clue to my destiny. There is, in other words, a great deal about the world and my role in it which, despite all my early learning, I utterly fail to understand.

He believes he has found his place, and is flattered when the King comes to ask his help: he commands Merivel to take the beautiful Celia Clemence as his wife. Charles desires Celia for his mistress and so it’s important to give her at least the semblance of respectability in the form of a husband who is happy to be a royal cuckold. Merivel’s acceptance leads to riches, a beautiful country house in Norfolk, and the comfortable life of a country gentleman. The only thing forbidden him is to fall in love with his wife… and, unfortunately for Merivel, that’s the one thing he can’t help doing, with dire consequences.

Tremain’s writing is lively and bawdy, conjuring up the essence of the 17th century. In its immersive authenticity, it reminded me particularly of As Meat Loves Salt, although Restoration is a much lighter, less oppressive concoction. Now and again the flow of the language is enlivened by some particularly apposite turn of phrase: for example, it’s said of the young Daniel that ‘his face has that transparent quality of youth – as if only time will give it proper substance‘. These moments of beauty, piercing the roistering momentum of the story, could be read as a reflection of Merivel’s own spirit. He burbles happily through his early successes, but as his misfortunes pile up around him, we have more glimpses of his true, wounded self which trembles underneath. Conscious of his different layers, he is troubled about the difference between the raucous courtier (whom he calls Merivel) and the quieter, more conscientious man (whom he calls Robert) he becomes later. Which is real? Can both coexist? Underneath his superficial superficiality,  we come to realise, this is a man who just longs to be loved and needed – and he finds a place for himself at various times during the book, as jester, Bedlam-keeper, physician and friend. His own growing self-awareness ties in to the themes of sleep and wakefulness that wind in and out of the storyline; and, as he progresses, he becomes a more serious, but perhaps more content, man than he would ever have dreamed possible.

I loved every minute of this book – the bustling chaos of London set against the wide flat fields of Norfolk – the shallow glitz of the court – Merivel’s personal development – it just all comes together into a perfect package. And the story also has a moral for our own time: Tremain notes in her introduction that, when she wrote the book in 1988, she saw the Restoration as an allegory of the thrusting, self-centred, superficial Britain that had emerged under the Thatcher regime, and which she felt was heading for a fall. Merivel’s story was her warning to that generation – one which went unheeded, you could say, because things are just the same today. Perhaps that’s why Merivel is so easy to sympathise with: because we can all see little pieces of ourselves in his clumsy efforts to succeed in a world where display and social confidence are key. I can’t read to read about his further adventures in the sequel.

And I’ve just been reminded that there’s actually a film of Restoration, with none other than Robert Downey Jr. as Merivel. That sounds like absolutely perfect casting – has anyone seen it?