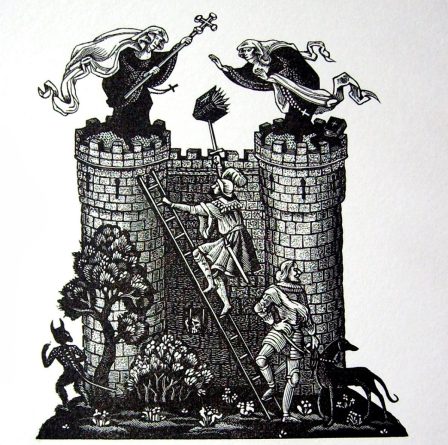 I trained at Camberwell in the University of the Arts in London, and worked as a book illustrator and printmaker afterwards. I was also involved in the private press at Camberwell. In the last few years I have had a studio where I paint and produce prints by means of wood engraving and other relief methods.

Jane Lydbury was the first printmaker whose woodcuts caught my eye, about two years ago now. I can’t even remember where I first saw examples of her work, but I was amazed by the intricacy and detail of her prints. She does a lot of mythological subjects and Venus and Adonis was among the first that I saw. I was fascinated by the style, which gave the figures an archaic quality: with Venus’s ringlets and the exaggerated postures, they reminded me of some fabulous Minoan fresco. The more I found out about Jane, the more impressed I was. She’s done a lot of work for The Folio Society, illustrating a wide variety of editions: The Norse Myths (1989); Sir Patrick Spens and Other Ballads (1994); and John Donne (2005) are just a few of them.

My personal involvement with Jane’s art began at the Summer Exhibition, on the same day that I spotted Derek Chambers’s Bear. As I passed through one of the rooms, I was drawn towards a wonderfully intricate little woodcut by Jane showing Apollo and Daphne, which was very similar in style to Venus and Adonis. I decided this would be the perfect complement to the other woodcuts I bought last year. To cut a long story short, there was some kind of confusion at the desk and I was told the edition was sold out, even though it later transpired it wasn’t… But, the upside of all this was that I was able to write to Jane herself, to ask whether she had any other subjects in stock.

She kindly wrote back with a list of several possibilities and, for all my love of Greek mythology, I was instantly captivated by a print titled The Dissolution of the Monasteries, an image of which opens this post (it’s tiny: the section illustrated above measures 12 x 9 cm. in real life). I loved everything about this, from the playful imbalance of scale between figures and towers, to the nonchalant Elizabethan dandy holding the greyhound at the foot of the ladder, and the tiny devil peeking around the corner of the turret. The stylized folds of the nuns’ fluttering veils reminded me of the crisp, geometric folds of draperies in prints by Schongauer. Taking into account my fascination with the medieval and Tudor periods, I just couldn’t resist; and so I put the Greek gods on hold and plumped for a slice of English history. 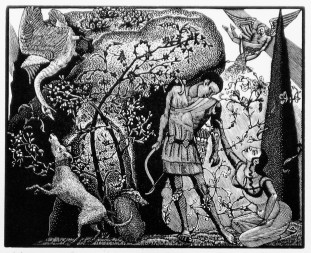 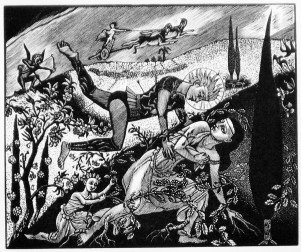 Of course, being incurably curious, I wanted to know more about the subject, which struck me as rather fun and unusual. Jane explained that, like many of her Folio Society illustrations, it had been created in response to poetry:

The Dissolution of the Monasteries was inspired by the poem by Andrew Marvell, “Upon Appleton House, to my Lord Fairfax” to give it its full title, written in about 1651.  There’s an article about it in Wikipedia.  Marvell romanticizes the “rescue” of Isabel Thwaites by an early Fairfax from the nunnery, they subsequently married, and it seems from the poem that they eventually lived in the house, once the nuns had been sent away during the Dissolution.  There is a description in the poem of the rescue:

Some to Breach against their Foes
Their Wooden Saints in vain oppose.
Another bolder stands at push
With their old Holy-Water Brush.
While the disjointed Abbess threads
The gingling Chain-shot of her Beads…
But, waving these aside like Flyes,
Young Fairfax through the Wall does rise…

So I have used that as the starting-point.  It’s such a wonderful poem, looking at it again has made me think I must carry on with illustrating it.

I do hope Jane will come back to it one day: although she’s busy at the moment with Ovid’s Metamorphoses, which in itself is a very exciting project. I’m going to be keeping my eyes open in second-hand bookshops in the hope of stumbling across some of her existing illustrated Folio Society volumes. If you’d like to see more of her work, and are in the London area, she’s going to be exhibiting at Southbank Printmakers from 23 September until 6 October this year, which should be a fantastic opportunity to see other examples of her prints. If you can’t make it to London but would like to find out more, there are several galleries selling her work on the internet; or if there’s something specific you’d like to enquire about, please drop me an email and I can put you in touch with Jane. I’m thrilled to finally have my first Lydbury print and I really hope it won’t be the last. I shall need to find a new patch of wall (a surprisingly rare commodity in a flat full of bookshelves) and start planning my next print hang…

Find out more about Jane and her work

‘Artists in Focus’ is a series of posts in which I find out a little more about the inspiration and techniques of artists whose work I’ve bought, or who have captured my imagination in some way. All images in these posts are copyright of the artist and please do not reuse them without the artist’s permission. If you would like to use them, get in touch with me by email and I can put you in contact. 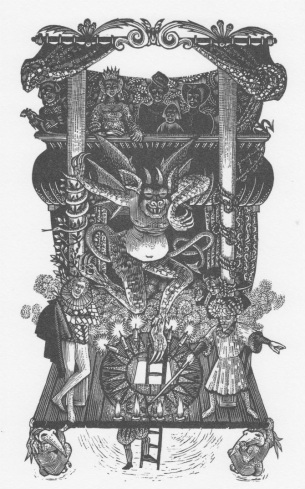 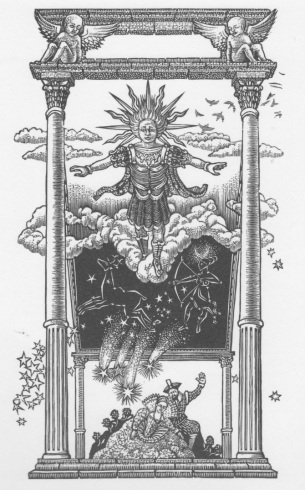 One thought on “Artists in Focus: Jane Lydbury”