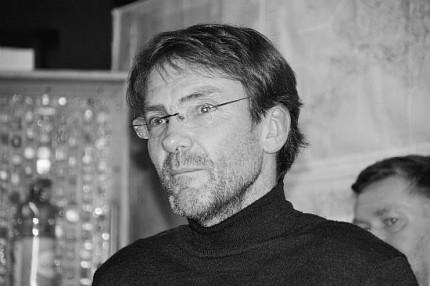 The Life and Times of Oswald of Northumbria

Published at the end of August, this book came to my attention as a Kindle recommendation from Amazon. It was a bit of a leap into the dark. I hadn’t come across Max Adams before; I hadn’t heard of the publisher; and I had no idea who Oswald of Northumbria was. No one else on LibraryThing owned the book at the time. But the opening paragraph captivated me and I decided to take the plunge.

Despite its hefty size (448 pages in the hardback version), it was well worth it. I haven’t read so absorbing or brilliant a history book since I went into rhapsodies over Neil Oliver’s Vikings; and once the paperback comes out I fully intend to buy it to take advantage of maps and family trees. If you have any interest in the period between the fall of the Roman Empire and the Norman Conquest, you must read this.

Oswald was born around 604, the son of Aethelfrith, king of Bernicia and Deira (which later became Northumbria). This was a pagan world, founded on individual skill in war and the accumulation of earthly glory. A man became king not because his father had been king but because he was the most worthy of those noble enough to be eligible for the throne. When he died, everything he had achieved in life disintegrated. But change was on the way.

Oswald’s story, which begins with his father’s death and his own exile on the monastery island of Iona, and which finishes with his ‘martyrdom’ on the field of battle, is the story of how early medieval Britain began to develop a sense of the state as something bigger and more permanent than a single man. Oswald himself was king for only eight years. It’s about the change in a king’s role: he was no longer chief priest and tribal talisman, but instead a leader who arranged for others to pray on his behalf. It’s about the shift from a live-for-the-present mentality to a live-for-eternity attitude. And of course, that means it’s about the establishment of a Christian church in territories that had previously been dominated by Woden and the pantheon of Germanic gods.

Magicians there were, to be sure, and miracles. In the flickering firelight of the winter’s hearth, mead songs were sung of dragons and ring-givers, of fell deeds and famine, of portents and vengeful gods. … But in a world where the fates seemed to govern by whimsy and caprice, belief in sympathetic magic, superstition and making offerings to spirits was not much more irrational than believing in paper money. Trust is an expedient currency.

As ever, religion is intimately entwined with politics. Adams argues that, for Edwin (Oswald’s uncle and predecessor as king) and Oswald himself, there wasn’t such a huge ideological leap in giving land to endow monasteries. After all, the foundation of the war-band principle was that a warrior would serve the king for a set time and, when he had proven himself, would be rewarded with land suitable to his rank. In giving land to the church, these kings were rewarding spiritual warriors for their own efforts on their behalf – praying to God for their souls. Besides, in the early days, endowments were often given not out of pure piety but as bargains with God (e.g. ‘If God lets me win this battle, I’ll give the monastery some land’). Adams also suggests that perhaps the principle of worshipping the cross wasn’t all that odd in a culture where tribal gatherings were often held beneath a totemic pole.

There were three different strands of Christianity in this period. First there was British Christianity (i.e. of the Britons rather than the more recently-arrived Angles or English), which may have survived from the last days of the Roman occupation. Then there was Irish Christianity, developed in the monastic traditions of Ireland, Scotland and the islands. Iona and Oswald’s foundation at Lindisfarne were among its adherents. And then there was Roman Christianity, with the first major mission, led by Augustine, coming to Kent roughly around the time Oswald was born, which focused not on monastic life but on the establishment of a hierarchy of bishops: a more ‘urban’, individualistic kind of faith. This isn’t just a tale of a struggle between secular and spiritual, but also the fight between these three competing strands of spirituality for the favour of those in power (assuming that they were Christian at all, which wasn’t always the case). Such favour would eventually come with a cost, of course, as the wealthy, treasure-filled monasteries of the 8th century (and Lindisfarne in particular) attracted unwelcome attention from a new generation of ambitious pagan warriors.

But the most striking part of the story is how Oswald himself became so closely associated with Christianity as to become a saint. This part was utterly fascinating. A Christian king, killed in battle by a pagan adversary, became seen as a martyr. Denying him the glorious burial rites often given to kings (like Oswald’s contemporary at Sutton Hoo), Oswald’s enemies cut off his head and arms and strung them up on a stake as an offering to the hanged god Woden (hence the place-name Oswestry, or ‘Oswald’s Tree’). As Oswald had been such a successful warrior, his remains were held to contain the luck of his people and so, with time, his relics gained great power both for Christians and pagans, with stories of healing miracles being performed even by the soil on the spot where he was cut down. With time, the church embraced him as a saint, with his relics being divided up to share out his ‘luck’ – itself a rather pagan concept. (Adams has a brief digression into forensic science in meditating on other relics of this period, such as the incorruptible body of St Cuthbert, suggesting various explanations for how a body might be preserved – gruesome but absorbing.)

Overall, this is an amazing story about the development of a saint’s veneration, which spread as far afield as Switzerland and Germany. And, more to the point, it sets Oswald’s legend in context, shearing away the propaganda from Bede’s account of his life. This was a world that merged elements of the pagan and the Christian: vast halls, mead-cups, feasts, arm-rings, hermit monks, blood magic and the great early native saints. Like Vikings, this deals with a period I never studied at school or university and so it’s predictably fascinating: it opens up new worlds, with traditions and beliefs that are both alluringly foreign and tantalisingly familiar.

The publishers have obviously, rather cannily, decided to market this book to the genre-fiction crowd. Not only is it called The King in the North (any Stark bannermen out there?), the Amazon product page also cites a review by Tom Holland from The Times in which he explicitly compares it to ‘a Game of Thrones in the Dark Ages’. Personally, I think we need to move on from comparing every vaguely complex narrative set in pre-industrial Europe to Game of Thrones, even though I’m immensely fond of it – but here the publishers have slightly more reason than most. After all, Oswald was not only a courageous warrior, a great king and one of the most revered saints of medieval Europe, but he also has a bona fide fantasy progeny. This Anglo-Saxon king, with his youthful exile, his triumphant return to the throne and his quasi-sacred bond with his people was J.R.R. Tolkien’s inspiration for Aragorn in The Lord of the Rings. These tidbits of information might draw you to pick the book up but, once you begin reading it, it’s Adams’s vivid writing that keeps you hooked.

He’s a practising archaeologist (whose previous books have been unexpectedly skewed towards the late 18th and early 19th centuries), and when discussing the sites of lost royal halls, monasteries and battles, he has the advantage that he’s either excavated them himself, knows the people who did the work, or is intimately familiar with the reports in the academic journals. The evidence of post-holes and aerial photographs could be rather dry, but he uses his intuitive understanding of Anglo-Saxon customs and values to bring them to life. By weighing up the archaeological evidence alongside the written testimony of Bede’s Ecclesiastical History, he creates a hypothetical but very plausible reconstruction of Oswald’s career, in both life and death.

The book isn’t a quick read. It demands concentration and, to be honest, it isn’t best read on the Kindle because you can’t easily flip back and forth between family trees and text. But I feel amazingly fortunate that I stumbled across this as my introduction to Anglo-Saxon history, because it’s passionate, witty, down-to-earth and very knowledgeable. I certainly want to read it again and I feel as if I’ve had a brief but colourful glimpse of what life in the 7th century in England might have been like – rather like Bede’s sparrow, swooping through the warmth, light and laughter of King Edwin’s hall, and then back out at the end into the chill of the modern day. Hopefully Adams has some more books on early medieval history up his sleeve, because he’s an excellent guide to the period and he’s left me eager to seek out more.

Of course, any recommendations of other good books on the Anglo-Saxons would be welcomed: this book proves that history on the period can be erudite while still being ferociously readable. In the meantime: bravo to The King in the North. I only hope it gets the recognition it deserves.

6 thoughts on “The King in the North: Max Adams”