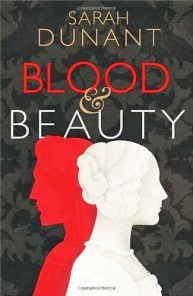 In 1492 the Spaniard Rodrigo Borgia is elevated to the papacy as Pope Alexander VI. It’s an appointment based less on piety than political shrewdness. Generous to his friends and flexible in his scruples, Alexander may not be the pope that Rome wants, but he is the one that it deserves. After all, Renaissance Rome is a seething, ambitious, dangerous city where life is merely a poor shadow of its ancient vanished grandeur. There are as many courtesans as clerics; anything can be had at the right price; and a man can be made to disappear between dusk of one day and dawn of the next. If the Tiber keeps its secrets, he might never be seen again.

Beyond the city, the other Italian states squabble among themselves, and France and Spain linger on the sidelines, waiting for a chance to strengthen their own hand in the peninsula. And, if the world around him is imperfect, Alexander is no less so, with his beautiful young mistress, Giulia Farnese, and his four beloved children: vain, lecherous Juan; sullen Jofre; beautiful, naive Lucrezia; and self-contained, calculating Cesare, who nurses a warrior’s heart underneath his cardinal’s robes.

With three extremely good books on Renaissance Italy behind her (The Birth of Venus; In the Company of the Courtesan; and Sacred Hearts), Sarah Dunant is predictably in her element here. She knows this period and the political jostling like the back of her hand and it shows. As far as I can tell, everything is historically accurate or founded on a shrewd assessment of what is likely to have happened (trust me: I tried to catch her out several times, but was foiled on every occasion). I actually enjoyed this even more than the earlier three novels, perhaps because it is more purely historical, and done so well. Unlike many novels about the Borgias, there’s no sensationalism, and the story actually flows better without it: because, with history this good, why make it up?

Dunant has a wonderful way with words and even a throwaway comment can illuminate a peripheral character. For example, although we never actually meet Lorenzo de’ Medici in these pages, she sums him up in one perfect line: ‘a man who had the talent to skate on thin ice and make it look as if he was dancing‘. And, if she can encapsulate a whole character in one phrase, she can also bring extra depth and substance to figures who have become too stereotyped by history.

After so much practice his manners are more Italian than Spanish these days, yet there are those who still call him a Marrano, a Dago Jew behind his back. Except from now on, before they do so, they will have to make sure the doors and windows are bolted and that the company around them is either blood or bought.

Like many of those who’ve written about Cesare Borgia (starting with Machiavelli), Dunant seems to have fallen half in love with him (and who am I to complain? It’s contagious). She shows us a formidably intelligent young man: inscrutable and ruthless, with his scarred shadow Michelotto always at his heels. Cesare becomes a strategist and politician because that’s what you have to be, if you want to protect yourself and your family in Renaissance Rome. Unlike his flamboyant brothers, he uses costume as a mask not a display. On feast days this cardinal throws off his ecclesiastical robes to display his athletic skills as a matador; and, as Cesare becomes one of the most powerful warlords in Italy, he dresses more and more simply to compensate, until he is in the habit of wearing only black. He’s an antihero, of course, but what an antihero. And, since you know my fondness for strong women, I can’t help mentioning his nemesis, Caterina Sforza, the lady of Forli. A swashbuckling virago (who garrisoned the Castel Sant’ Angelo against a mob while she was seven months pregnant), Caterina is someone who sounds more and more incredible the more I learn about her. With her interest in alchemy, her poisons and her sheer audacity she, like Cesare, threatens to overshadow all those around her – in fact, as in fiction. Indeed, in Caterina’s shadow the lovely Lucrezia, who suffers the indignity of being little more than a beloved pawn for her father, feels slightly colourless.

Now, the Borgias have become something of an industry in their own right in recent years. Two rival TV dramas premiered in 2011 and there are new books coming out all the time: if you enter the keyword ‘Borgia’ on Amazon at the moment, you get more than 2,600 results. A cynic might wonder why we need another novel about them – and it’s a fair question. Dunant’s novel doesn’t necessarily break new ground in terms of its plot (how could it, when she is sticking so faithfully to history?), but where she shines is in her writing and her understanding of the period. She tells this story with aplomb and panache, revelling in the cut and thrust of Roman politics both inside and outside the Curia – as Alexander delicately employs an iron fist in a silken glove, persuading, negotiating, bribing, and threatening with consummate skill. If you’re already familiar with the Borgias, then you might get a slight feeling of déjà vu, but this is a more sympathetic, measured and reliable account than many which are out there. If you’re not, then this is surely the novel to start with – to introduce you to some of the most compelling figures of the period. Plus, how can anyone resist a sumptuous romp through the Renaissance corridors of power, complete with attempted poisonings, jealousy, religious strife and the constant driving force of ambition?

The close of the novel might feel rather abrupt, but Dunant is planning to publish a sequel in a few years’ time. I imagine it’ll be then that we start to see a little more of Cesare’s dark side – and, hopefully, we should get cameos from a couple of my favourite Florentines… but I guess I’ll just have to wait and see. If you can’t wait a few years for more Borgia fun, then you’re spoiled for choice: among the books I’ve read recently, the one other novel that stood out was Sarah Bower’s The Book of Love, since republished with the depressingly sensationalist title Sins of the House of Borgia. It has a slightly stronger bodice-ripping element than Blood & Beauty, but I remember it being very well-written and I enjoyed it a great deal. I wasn’t so keen on Mario Puzo’s The Family or Jeanne Kalogridis’s The Borgia Bride because they both felt slightly overdone and, as I said earlier, there can’t be many historical periods less in need of added melodrama. I’m happy to add non-fiction recommendations if anyone wants them… And of course I welcome recommendations of other novels about the family, although I think I’m probably Borgia’ed out for the immediate future.

To conclude, I leave you with a little fatherly advice from Alexander VI to Cesare:

Make enemies if you have to – and you will – but always make sure the most powerful stay your friends.