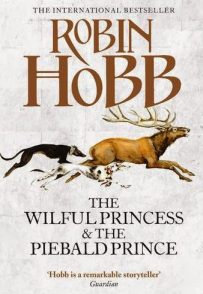 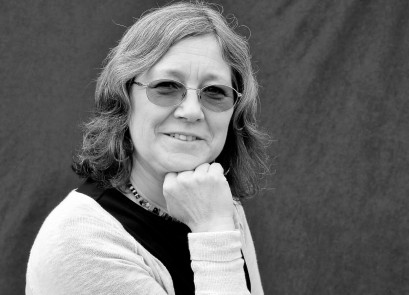 Anyone who followed my Robin Hobb reread earlier in the year will understand why I’ve been looking forward so much to this new novella. Set at Buckkeep, it forms a welcome return to the history of the Farseer family – not, I hasten to add, that it’s a continuation of Fitz’s story (for that we have to wait until April and the publication of Fool’s Assassin – God help my poor nerves). Instead it takes a step back in time to look at the story behind one of Buckkeep’s most popular legends: the Piebald Prince.

In a way, it’s like being given a sneak peek behind the scenes of Hobb’s world-building. I’ve always admired the way she gives the impression that her characters exist within a fully-realised history, folklore and mythology, even though we only get to see glimpses of it in the finished novels. Now we finally get to add a little depth to our own understanding of Six Duchies culture – an amuse-bouche, if you like, before the next round of the feast in the New Year.

The outline of the story will be familiar from the earlier books: the tale of a princess who is bewitched and seduced by a Witted sorcerer, bonded to a piebald stallion. The princess gives birth to an illegitimate son, nicknamed The Piebald Prince by his detractors, who is as mottled as his father’s bond-beast, and who comes to the throne with a partiality for those who share his Wit-magic. But this is the story as told by generations of people who have an interest in obscuring the truth; and Hobb’s novella offers an alternative perspective on the old story. The narrator is Felicity – foster-sister, bedfellow and servant to the princess, Caution Farseer – and she tells the tale of a woman who is proud, impulsive and stubborn enough to fall in love where she pleases, rather than where tradition dictates. And it’s the tale of Felicity herself, who loves both the princess and her undervalued son, even though her loyalty eventually becomes more of a liability; and who finds herself reduced to watching helplessly as Caution sows the seeds of political strife and inevitable bloodshed. The moral, I think, is to make sure that your Farseer children are properly bound to their names; or else, like Caution, their unsuitable behaviour risks bringing a kingdom to its knees.

I really can’t say much more because the book is only 157 pages long and so if I write more I’ll just end up giving away the whole plot (although, if you remember the legend from The Tawny Man trilogy you’ll already know how the story ends). Instead, I can’t resist mentioning the beautiful job that Harper Voyager have done with this edition. Taking advantage of the book’s bijou scale, they’ve turned it into a little jewel with the help of some gorgeous illustrations by Jackie Morris. I can’t remember the last time I read a book with proper illustrations and I was captivated by the little hounds or horses gallivanting at the bottom of each page, or the more elaborate black and white drawings throughout the book, such as the wonderful hunting scene which unfurls across the bottom of a double spread. These are beautifully fitting for the tone of the story, which doesn’t have the depth or grittiness of Hobb’s best Farseer novels, but which unfolds with the gentle feel of a fairytale, as Felicity keeps her promise to the minstrel Redbird to set down the truth.

This fairytale quality means that the characterisation isn’t always quite as profound and deft as I would expect from Hobb’s full-length novels, but that isn’t necessarily something that worried me. Felicity is easy to warm to and the story has its fair share of power struggles and predatorial circling, which I always enjoy. There were just a few things I found slightly odd: Felicity’s mother’s plans for child-swapping, for example (why not just focus on building a strong relationship with the actual heir to the throne?).

A selling price of £14.99 does seem rather punchy for such a slim hardback, but so much effort has gone into the design that you feel you’re holding something rather special. Overall it is surely a must-have for any established fans of the Farseer novels; and perhaps it will tempt some new readers to dip a toe into Hobb’s world. It’s a refreshing aperitif of a book, intended to charm and divert and amuse. If you know someone who’s a Hobb aficionado, this would be an absolutely perfect Christmas present (assuming they haven’t already bought it).

Finally I have to apologise to Heloise: we were meant to be reading this together, but I finished it off in one go before we’d had a chance to discuss it at all. Oops.

One thought on “The Wilful Princess & The Piebald Prince (2013): Robin Hobb”