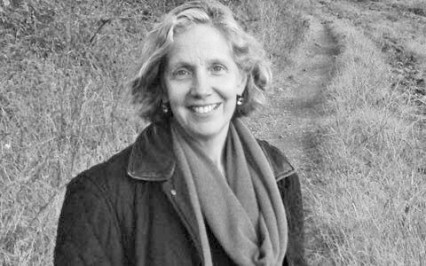 A Portrait of Costanza Piccolomini

Now here is a love story with a sting in the tail for Valentine’s Day. Written with novelistic verve by Sarah McPhee, a professor at Emory University, it is an example of how art history can be brought to scintillating, pulsing life when done well. McPhee’s point of departure is a striking marble bust of a woman, carved by Bernini in 1637 and traditionally believed to record the features of a woman named Costanza with whom he was passionately in love. Her husband was one of Bernini’s assistants.

Late summer in Rome in the year 1638 was hot, the days long and oppressive. For weeks it would not rain. Dust in the streets, churned by the wheels of passing carts and carriages, thickened the air… Costanza, the comely young wife of the sculptor Matteo is living in a rented house at the foot of the Quirinal Hill… At mid-morning her husband is at work carving stone in St Peter’s… Costanza escorts her lover to the door and returns to bed. Not long after there is knocking. A servant sent by another lover enters the house bearing two flasks of Greek wine. Costanza receives the gifts in her bedclothes, thanking the messenger. With a single rapid gesture he brandishes a razor, slashing her cheek and disfiguring her face. The messenger has been sent by an artist, the most famous in Rome: Gianlorenzo Bernini… That morning Bernini himself had watched Costanza’s door… The lover who left the house was his younger brother, Luigi.

On that hot summer day in 1638, having watched his servant go in to exact his savage revenge on Costanza, Bernini then strode off to find his errant brother. He attacked Luigi with an iron rod in St Peter’s itself and, when his brother managed to get away and claimed desperate sanctuary in S. Maria Maggiore, Bernini went after him with sword drawn. His rampage was only halted by the intervention of the Pope himself. Luigi was (temporarily) sent away to Bologna; the cuckolded sculptor Matteo (temporarily) left Bernini’s service; and the woman at the heart of it all, the engimatic Costanza, drops out of history entirely. She has been remembered only as the subject of a marble bust and as a woman briefly loved by a powerful man. Her portrait has cast quite a spell: unusually intimate for the time, it shows its sitter dishevelled, lips parted as though about to speak, with a challenging, startled gaze. Its compelling spirit has excited the poetic faculties of male art historians throughout much of the 20th century, but until now no one has really asked who this woman actually was.

McPhee’s greatest achievement is not the fluid readability of her text, but the staggering task of unearthing and compiling the documents from the Roman archives which allow her to reconstruct the biography, the lifestyle and the legacy of the remarkable Costanza. We are able to trace this woman’s life from her childhood, when she was granted dowries by two confraternities, through her marriage and the horrific attack on her, following her through her months of enforced confinement in the Domus Pia for fallen women, and then back to her husband’s house. We can watch the household’s growing prosperity and McPhee has even managed to find documents which enable her to describe what the house looked like: to follow the improvements which Costanza and her husband made to their home and to take a virtual tour through the reception rooms, to the point of establishing which paintings the couple had in their widely admired collection.

I can’t even imagine how much time it must take to track down such details: McPhee has ranged through the archives of Roman noble families, parish and confraternity records, the Easter census returns, notaries’ documents and court case transcripts. Almost half the book is taken up with appendices reproducing the text of these documents in their original Latin and Italian, so it’s important not just for the story it tells but also for making such records more widely available. 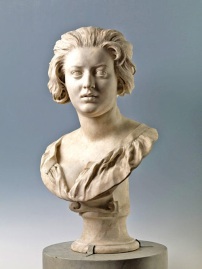 Yet the story is so interesting because it uses Costanza’s story as a springboard to explore various broader aspects of life in Rome in the Baroque period. What was the role of a confraternity? What criteria were considered when granting a dowry? How were legacies administered? What did it mean to be a woman in this male-dominated world? McPhee reproduces sections of contemporary maps where possible, to give her story an accurate sense of place. There is a section discussing the significance of the sfregio, the act of slashing a face and the scar that resulted, as a visible sign of dishonour – the face, as the mirror of honour, was permanently disfigured. The sfregio was used on men (Caravaggio, unsurprisingly, had one) but it was most frequently a way of attacking women, usually prostitutes, who relied so much more heavily on unblemished beauty. It was clearly fairly common: fascinatingly, McPhee reproduces woodcuts from surgical texts of the time which specifically advise on the best way to sew facial wounds so as to minimise scars.

She also uses the story as a way to reconstruct the career of Costanza’s husband, the sculptor Matteo Bonucelli, who not only carved sculptures for Bernini and on his own account, but seems to have acted as a dealer and restorer of antique sculpture. McPhee’s exploration of the art and antiques trade in 17th-century Rome brings to life an intimate and tightly-knit world in which cardinals and kings compete for the best canvases and sculptures, and in which the Bonucelli family brushed shoulders with Poussin, Velazquez and agents of Cardinal Mazarin and the King of Spain. It is the most rewarding kind of book, which illuminates the case study at its heart but also raises masses of questions that leave you wanting to head off and read more on the period.

The most shocking thing about the book, for me, was the need to completely recast my mental image of Bernini. This just shows how little I’d read about him before: Rome is still dominated by his architecture and sculpture but I’d always had a very hazy idea of the man himself. I’d imagined him as a polite courtier of the chisel, adept at making friends with the right people, poised and self-controlled. But how wrong I was! Bernini was born in Naples, after all: his family settled in Rome when he was five, at a time when the city’s artistic world was dominated by tempestuous brawlers (the Bernini clan arrived two years before Caravaggio’s fateful tennis match with Ranuccio Tomassoni). McPhee does a great job of bringing that lawlessness to life. Bernini emerges as a hothead swaggerer: a man of supreme arrogance who knows that he can do whatever he likes because no one will dare to touch him.

And that’s backed up by the aftermath of his attack on Costanza. His servant was exiled; his brother was sent off to safety in Bologna; Costanza herself was immured in the Domus Pia; but Bernini…? Nothing. All that happened was that the Pope wrote to Bernini assuring him of his regard for his dazzling talent and noting that his divine abilities set him above the penalties to be exacted from ordinary men. It’s no wonder his own mother referred to him as the padrone del mondo. And yet, again, why should I be surprised? Bernini carved some of the most breathtakingly erotically-charged sculptures in the history of art. It feels unimaginative to refer to the Pluto and Persephone in the Galleria Borghese yet again, but it is such a perfect illustration of the point: look again at the way Persephone’s thigh softens into dimples under the grasping pressure of the god’s fingers. How can we doubt that Bernini was a man of intense, tumultuous feeling when even his marble sculptures have the sensual pliancy of flesh?

Spiralling outward from a single beautiful sculpture, this is a gripping and thought-provoking book. There are places where it repeats itself, which sometimes jars slightly; but that is a small criticism. It is lavishly produced with a wealth of colour photos, especially of the bust itself. I don’t remember ever having stopped to look at the statue, but I now feel I know it very well and, on my next visit to Florence, I shall make a special pilgrimage to the Bargello to meet Costanza in person.