(Europa Galante, directed by Fabio Biondi, at the Barbican, 20 February 2015)

In late 1737 the composer Antonio Vivaldi found himself in dire straits. He’d been planning to put on a series of operas in Ferrara for the Carnival, but all his plans had gone wrong when the religious authorities refused him permission to enter the city. (They took exception to the fact he was a priest who never performed Mass and was known to travel in the company of a female singer.) Faced with the prospect of losing an entire season’s income, Vivaldi pulled some strings and managed to get hold of the Teatro S Angelo in Venice. With less than a month to prepare, he needed to get together a programme.

I admit that I don’t quite understand why Vivadi couldn’t use the programme he’d been preparing for Ferrara, but I’m sure someone can tell me. Instead he resurrected one of his early operas and then, pressed for time, put together two pasticcios: Rosmira fedele (based on the same libretto as Vinci’s Partenope) and L’Oracolo in Messenia. But here the waters become muddy. When we say that Oracolo is by Vivaldi, then most people will think that means he composed the music. In fact, the original Oracolo would have been a medley of various arias both from Vivaldi’s own operas and those of different composers, melded together and amended by Vivaldi to get the effect he wanted (basically a Top of the Baroque Pops). The pasticcio was the perfect solution for a composer who was up against a deadline and, although nowadays it feels a bit like cheating, audiences at the time didn’t mind hearing familiar music from other contexts as long as it all came together to tell the story at hand.

But the waters are muddied further in this case, because we don’t actually know which music Vivaldi used for the original Oracolo: all that survives is the libretto. And so the piece we hear today, recorded and performed by Europa Galante, is in fact a speculative reconstruction by Fabio Biondi: a modern effort to put together something similar to what Vivaldi’s audience might have heard. It’s an impressive achievement but, as I said to a friend, there perhaps isn’t quite as much Vivaldi as you might expect. 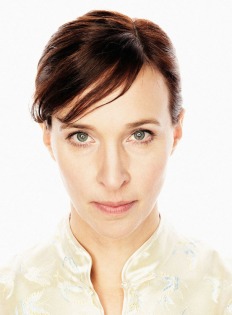 Following the murder of his father and brothers ten years ago, Epitide prince of Messenia has been brought up at the court of Etolia. As a young man he returns to Messenia to claim his birthright, disguising himself under the name of Cleon. He finds the throne occupied by the wicked tyrant Polifonte (whom we the audience know to have been behind the murder of Epitide’s father), who plots to make his reign secure by marrying Epitide’s widowed mother, the dowager queen Merope. ‘Cleon’ arrives on an auspicious day: the Messenian populace are plagued by the ravages of a monstrous boar and, guided by the proclamation of an oracle, Polifonte has promised favour and a rich marriage to the hero who can rid them of the beast. Fortunately ‘Cleon’ turns out to be a dab hand at boar-extermination and his reward, to his delight, is the hand in marriage of Polifonte’s royal hostage, who just happens to be the princess Elmira, daughter of the king of Etolia, with whom Epitide is in love.

Now all Epititde has to do is convince the grieving Merope that ‘Cleon’ is her long-lost son. However, Polifonte and his pet assassin Anassandro have realised who this young man really is; and they begin to weave a web of suspicion between Merope and Epitide, in the hope of extinguishing the royal line of Messenia once and for all.

There was an extremely good cast for this concert performance on Friday and my main gripe about the evening is that I’d have liked to hear them better. The Barbican acoustics were at their very worst: we were in the third row of the dress circle (hardly in the far reaches of the gods), and yet the sinfonia and the first couple of arias sounded as if they were being played at the far end of a long tunnel. It was immensely frustrating, especially because whenever the arias strayed into the middle of the musical spectrum (which happens a lot with mezzos, unfortunately), the notes were drowned in the music.

If the Barbican want to do more of this sort of thing, with modestly-sized ensembles, they’ve got to find a way to do justice to their musicians and their audiences. I know the prospect of microphones is anathema to some, but really, if it’s a choice between having a little discreet amplification and not being able to hear the finer details of the opera I’ve paid to see, I know which I’d choose. However, the singers seemed to realise the problem and began projecting their voices more, which was a relief: the performance included what is probably my favourite aria* – which I was going to be hearing live for the first time – and I would have been furious if I hadn’t been able to savour it properly. Luckily, as you’ll see, that didn’t turn out to be an issue.

As the villainous Polifonte, the tenor Magnus Staveland was an absolute dream: even though this was a concert performance he brought the character vividly to life, striding around the stage, throwing gloating asides at the audience, looming over his co-stars, and clearly relishing every second of it. The only thing missing was a cloak for him to swirl. For sheer personality he almost eclipsed everyone else on stage, but there was another outstanding character performance: Merope, sung here by Marianne Beate Kielland (the role is sung by Ann Hallenberg on the CD). I haven’t stumbled across Kielland before, but she was simply excellent. By now you’ve probably realised that I like strong female characters – we’ll call them Uppity Women of the Baroque – and Merope has just been fast-tracked into the Hall of Fame. Every single one of Kielland’s arias was a stunner, not only because she sang them with such fire and passion but also because of her physical presence on the stage. I adored her furious aria entitled Barbaro traditor, which she sang standing hand on hip, darting proud and ferocious glances around the auditorium. What a glorious role Merope is!

The hero of the piece, Epitide, was sung by Vivica Genaux; and I must confess that her performance didn’t do as much for me as I was expecting. I’m not sure I can explain why: she had a wonderfully warm and expressive voice (a touch too much vibrato for my taste) and was very good at conveying Epitide’s conflicted emotions; but the role just didn’t quite seem to come alive as some of the others did. Thanks to the devilry of the acoustics her voice was particularly hard to hear; and in any case it probably didn’t help that her big aria, Sposa… non mi conosci, was overshadowed for me by Max Cencic’s memorable performance in December. Perhaps I just need to see Genaux in a different role; and in a venue with better acoustics. Hopefully she’ll come to the Wigmore one day.

The secondary roles were all sung very well, even if the opera itself never quite allowed them to develop fully as characters. Elmira was sung by Marina de Liso, whom I saw as Ottavia in the Barbican Poppea, and who here turned in another lovely performance with buttery dark tones to her voice. Franziska Gottwald played Licisco, the Etolian envoy and Epitide’s friend. For much of the opera she only had bit parts in the recitative, but in Act 3 finally had the chance to show off a little with an aria. To my surprise this Nell’ orror di notte oscura turned out to be set to the tune of Fra l’orror della tempesta from the first version of Hasse’s Siroe**; with her rich, melodic voice, Gottwald did it extremely well.

The role of the repentant murderer Anassandro was sung by Rupert Enticknap, taking over at short notice from Xavier Sabata (himself taking over from Franco Fagioli in Frankfurt; it’s like countertenor musical chairs). I hadn’t heard Enticknap before but he tackled his one aria, Sento già che invendicata, with great ease and I’m keen to hear more of him because that strong, rounded voice sounds like one to watch. Luckily he’s also singing in Cavalli’s Ormindo at the Sam Wanamaker at the moment, so I’m really hoping he’ll be performing on the night I go next week; I’d like to hear his voice at closer range. That leaves me with one last role to mention: the chief minister, Trasimede. Although he doesn’t have much to do in the opera – beyond pine hopelessly for Merope – this minor role is unexpectedly blessed with the two most virtuoso and dazzling arias in the piece.

Fortunately Biondi has on hand one of the most agile voices in the business: Julia Lezhneva, whom I know from her collaborations with Max Cencic on the recordings of Alessandro and Siroe. Her delivery of S’in campo armato in Act 3 was a characteristic blend of exquisitely pure soprano tones and elaborate coloratura, and under normal circumstances it might have been the stand-out aria for me.

However, it languished in the shadow of an even more phenomenal performance by Lezhneva halfway through Act 2. This had brought the house down and resulted in several solid minutes of exhilarated, extremely noisy and well-deserved applause. It was the big aria of the night: the one I’d been giddy with excitement at the prospect of hearing: Broschi’s blissfully insane Son qual nave, written for his brother Farinelli and designed to show off every facet of his technical brilliance. They do not come any grander or flashier than this.

Just to put it in perspective, I have four recordings of this aria and the average time is around the ten-minute mark. Lezhneva plunged in with a vengeance and brought it home in less than seven minutes (considerably faster than the recording from the CD; faster even than this 2012 recording from Moscow). She was unbelievable and, most incredible of all, she made it look effortless. I watched the entire thing perched on the edge of my seat, scarcely daring to breathe or blink, and discovered afterwards that I’d been so caught up in it, I’d managed to get biro all over my trousers. It’s hard not to feel that this is one of the greatest performances of an aria that I will ever see.

So in summary: despite being overshadowed by the poor acoustics, this was a superb night out. Son qual nave alone would have made the ticket worthwhile, but I was also able to see in the flesh an incredibly good cast. Kielland’s and Staveland’s characterful performances have made me keen to seek out more of their work, and Enticknap has gone onto my list of young countertenors to watch; hopefully I’ll be able to report more on him soon.

* Before some of you splutter in disbelief, I should point out that this isn’t necessarily the same thing as my favourite performance of an aria: and we all know what that is.

** The tune is also used for Armindo’s aria Fra l’orror del grave affanno in the Rosmira fedele from the same year.