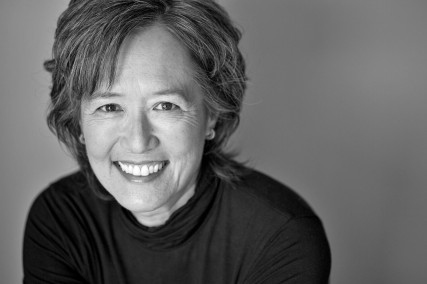 It’s been a long time (for me) since I read a novel: the last few months have been more conducive to dipping in and out, and not really getting anywhere with anything. And so on Saturday I went on a day trip out of London, left my tablet and my phone behind, and took a book for the journey. Being alone with the book for that length of time was exhilarating: for the first time in weeks I became dragged into another world and I spent the rest of Saturday and Sunday reading. For, if it’s been a long time since I read a novel at all, it’s been even longer since I read the kind of novel that, on finishing, elicited a strangled half-yowl of frustration – not at the book itself, but at the knowledge that I just don’t have the depth of understanding in order to appreciate all the clever stuff that I’m sure is going on in there.

This wasn’t a surefire hit by any means. I didn’t much warm to the characters and, had I access to an alternative, I’d probably have put it aside and turned to something more predictably appealing. But I had to plough on (this book has been lying around ever since late 2013, when I optimistically bought the entire Man Booker Prize shortlist, which I then failed to read). And as I continued I began to realise exactly what a rich and intelligent novel it was, and to feel rather keenly my complete ignorance of Zen Buddhist philosophy and quantum mechanics.

Ruth and her husband Oliver live in a remote community in British Columbia, cut off from the outer world both physically (they are on an island) and emotionally (they both tend towards reclusion). While Ruth struggles to finish a memoir about her late mother’s struggle with Alzheimer’s, Oliver commits himself to preserving and planting, trying to recover the ancient ecosystem of their surroundings. It’s the kind of life that moves quietly, where very little ever happens. But then something does happen. Scouring the beach one day, Ruth discovers a freezer bag containing a Hello Kitty lunchbox. Inside the lunchbox are a broken watch, a packet of letters in Japanese, a small notebook written in French and a copy of Marcel Proust’s A la recherche du temps perdu, in which the pages have been replaced with blank sheets, and which has been used as a diary by a Japanese schoolgirl named Nao. As Ruth begins to read, and is drawn deeper into Nao’s story, her own conception of time and possibility begins to blur, bringing her ever closer to this total stranger, who has cast out her thoughts, sufferings and dreams in the hope that someone, somewhere, will be able to understand.

From now on there will be spoilers, so please skip this part if you haven’t read the book. Nao’s story begins to open a spiralling series of coincidences and ‘what ifs’ that unsettle Ruth because they strike deep at the heart of her own situation. Nao has decided to give up on time: to step out of it, to cease to exist; but before she does so, she wants to write a memorial to her grand-grandmother Jiko, a Buddhist nun, former anarchist and pacifist thinker. Nao is trying to capture Jiko in words; Ruth is trying to capture her mother; and both are failing, because they keep being drawn back into the ‘now’: their own problems. And that very notion of ‘now’ is significant, because both strands of the story are all about time. The very title plays with it.

The phrase ‘time being’ is never used lightly in this book. Usually, of course, it means ‘for now’, with ‘now’ being that tantalising moment which you can never grasp – which changes, as soon as you look at it, from ‘now’ into ‘then’, rather as Schrödinger’s cat changes from being simultaneously alive-and-dead into one or the other, as soon as you look. ‘Now’ is just like a particle’s wave function: it exists until you actually try to define it and then it’s gone. (Hence, throughout the book, things shift, appear and reappear – words, cats – existing in a state of potential even if their exact state isn’t precisely known.) ‘Time being’ also refers to everything that exists, from people to cats to trees to memory. All of these things, in the Zen philosophy, are beings that exist within and as part of time and that are woven together by the fact that they all exist in the ‘now’: one great big tapestry in which everything is interlinked. And Ruth will discover, as she becomes more and more emotionally entangled with Nao’s story, that perhaps those links go even beyond the ‘now’ and provide some way to intervene across the boundaries.

There are lots of things that I didn’t understand, but it’s refreshing to have a book which makes you work at it without being overtly daunting. The story is constructed in such a way that you’re drawn into the human side of it before you even begin to notice the threads of chance and coincidence. And it had an extra charge for me so soon after returning from Japan, in offering a darker picture of a national psyche in which loyalty, politeness and correctness are sometimes a thin carapace disguising shame and despair. When Nao suffers at the hands of her schoolmates, the book suggests that her experiences are part of something larger, as seen through the vicious bullying exacted on her great-uncle Haruki (Number One) during his training as a kamikaze pilot in the Second World War. And there is a theme that dominates the book: suicide. A way to take control of one’s future; an aesthetic choice; a way to stop being a burden. Is there a ‘correct’ way to remove oneself from the world? Nao thinks so, because all she can see is that her father keeps botching it; and young Haruki the pilot thinks so too, because it is a choice imposed upon him by the country that dragged him away from his French philosophy books and forced him to go to war. The book subtly juxtaposes the experiences of Haruki with the events of 9-11, which Nao and her father watch on television; but it doesn’t go so far as to draw anything from that. But it’s there. Flickering at the edge of your eye.

At first I didn’t know what to make of the fact that one of the main characters is called Ruth, like the author; is of Japanese heritage, like the author; lives on an island in British Columbia with a husband called Oliver, like the author… Was this laziness? A peculiar kind of auto-novelisation? And then I started joining the dots as the book began to talk about quantum mechanics. Something existing or being in two states at once. The particle and the wave; alive and dead; author and character. Ruth the character is not Ruth the author, but perhaps she could be. It’s very confusing… but in the end it really works.

I probably wouldn’t have picked this book up on its own – it lies too far outside my comfort zone for that – but I’m very grateful for having acquired it along with the other Booker potentials. It isn’t easy, as much for the difficult subject matter if nothing else, but it is rewarding; and Ozeki writes fluidly, shifting between the artificially bright, first-person teenage chatter of Nao’s narration and the more contemplative, detached third-person prose of Ruth’s sections. It’s certainly worth trying – and, if you know more about Zen Buddhism and quantum physics than I do, you’ll probably get even more out of it.

One thought on “A Tale for the Time Being: Ruth Ozeki”