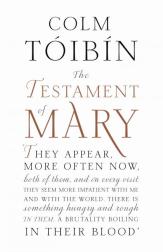 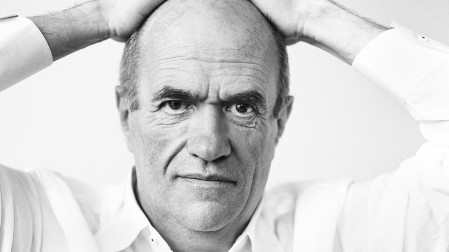 A woman sits in an empty house, waiting for the men who come to interrogate her. They claim to be protecting her, but she knows that they are also dangerous in their own way. They’re gripped by the urgency of an idea that needs corroboration: a story that in their own minds has taken on a different reality which they now intend to present to the world. But the woman resists. For the story that these men are trying to change is the story of her son; and the more she hears them speak, the more she realises that her own past, as she remembers it, is bearing less and less resemblance to what will become ‘fact’.

And so she decides, while she can, to set down what remains of her memories, before her son’s tragic history is appropriated and burnished to become something that is no longer itself. I would note that the book’s so short that it’s hard to discuss without spoilers, so I would be wary of reading further if you want to experience it fresh for yourself.

Colm Tóibín’s little tale, shortlisted for the 2013 Booker Prize, has an impact that outweighs its modest size. It has been described as provocative and haunting, and it is, but I was interested to discover that it isn’t provocative for the sake of it. It is thought-provoking rather than shocking and Tóibín avoids the easy sensationalism to which a lesser writer would have resorted with such a story. He does not openly deny the presence of miracles. Indeed, his Mary reports a number of events which are unexplained and troubling. That which I found most striking was the tale of Lazarus’ resurrection; but in her telling of it, it becomes less triumphant and more horrific. And since Mary herself wasn’t there at the moment of Lazarus’ return to life, she has to rely on what others tell her and that, in itself, is dangerous, because people are already beginning to remember things in ways that should not be.

We never quite know what we should believe about Lazarus, for example, but the fact remains that his ‘resurrection’ is not successful: avoided and feared by his community, and half-unhinged by the horror of what has happened to him, he lives a half-life of unbearable physical and mental pain. Similarly, Mary’s memory of the Wedding at Cana is confused: she remembers her son calling for stone jars of water; and she remembers that afterwards they poured wine from the jars; but she cannot say for sure that the jars held water to begin with. There is a suggestion that, even from the very beginning, her son is conscious of what his ever more infatuated followers desire from him. The impact of Tóibín’s book comes from the way in which Mary struggles to distinguish between what she thinks she remembers and what she is being told, by her earnest captors, that she should remember.

If this book is troubling, that’s because it forces you to look at these figures for a moment as real people – and I don’t mean in the Counter-Reformation way of imagining their sufferings in order to emulate the fortitude of their faith. It makes you consider the foundation and formation of stories. It makes you think about how clever young men – whose qualities may make them outsiders – sometimes find scope for their charismatic talents in the fervour of religious conviction. And it emphasises the precarious political situation in Judea at this time, with foreign authorities ready to clamp down on dissension, and native elites eager to show their loyalty by making scapegoats. I was struck by the sense in this novel of being watched: the implication of spies and agents scattered among the population, reporting back tales of sedition and non-conformity.

This is a world stretched to its limit, a volatile historical moment merely waiting for its touchpaper. Mary’s demanding, opinionated visitors think that their story is the spark that will change that world. And maybe it will be. There are other questions. Where does power lie? Who owns the story? Does Mary have a right to her own memories? Is her son the author of his own destiny? Or is he an unfortunate, caught up in politics beyond his control, the victim of his own desire to be recognised? Are his so-called friends now taking the agency and appropriating his story for their own complex and ambitious ends?

One of the blurbs cited on the back of the book calls it ‘entirely heretical’. I’m not sure how far that’s true (or indeed, how far anything can be called heresy nowadays). Certainly there is something unnerving about Mary’s persistent, slightly threatening visitors, who are very far from being golden, divinely-inspired apostles. But there are only a few moments where Tóibín directly contradicts the official version. His Mary, for example, is not at the tomb on what will become Easter Sunday; but then, who is she to deny what people are saying about it? She does not believe it likely; but she was not there. And, perhaps more significantly, there is the way that Mary talks about her late husband. It is a small thing, but she makes a point of remembering her son’s childhood, and when she speaks of their family, she always speaks of her husband as ‘his father’. A very small thing but, from the point of view of this subject, enormously significant. There, if you will have it, is your heresy.

Ultimately, though, this is a book about an everywoman: a woman who has lost her child in tragic circumstances, and who is going back over what happened trying to understand. However, Mary isn’t trying to impose a story or a narrative on events. She’s not trying to make it part of something larger and therefore, somehow, to make it more bearable. She is explicitly and firmly trying to maintain the senselessness of it, the horror and agony and unplanned pain of her son’s fate, in the face of the story which her two visitors are so determined to write. She fights for her right to her own memories. And so, strangely enough, in telling a story which deliberately sidelines the condition of divinity, Tóibín tells a story which strikes at the very heart of the human condition itself.