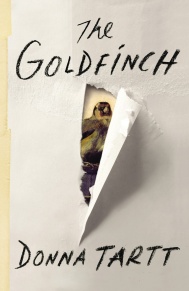 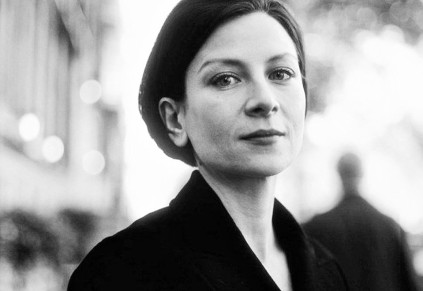 To say that The Goldfinch is a good book, now, feels rather superfluous. Everyone has already read it and written about it and the most surprising thing is that it took me so long to read it. But its size was daunting and I’m always slightly put off by a book during its moment of high fashion, when it crowds in on you from every bestseller table and ‘must read’ list. This weekend, having to take two unplanned cross-country train journeys, I grabbed the closest thing to hand that would get me through four hours of the British rail network. That just happened to be a dogeared copy of The Goldfinch that I’d snaffled from the informal lending library at work.

People die, sure. But it’s so heartbreaking and unnecessary how we lose things. From pure carelessness. Fires, wars. … I guess that anything we manage to save from history is a miracle.

On a wet April morning when he is twelve years old, Theo Decker goes with his mother into the Metropolitan Museum in New York to escape the rain. They have some time before an appointment at his school to discuss his suspension, so she takes him into the current exhibition on Dutch Golden Age painting, eager to track down her favourite picture: Carel Fabritius’s little study The Goldfinch. Distracted and anxious about the forthcoming school meeting, Theo doesn’t take in much of the painting. While his mother stands rhapsodising in front of the picture, Theo is more interested in a pretty redheaded girl about his own age, who’s going round the exhibition with an elderly man. His mother darts off to have another look at The Anatomy Lesson; Theo stays, shyly trying to catch the girl’s eye; and then, in another moment, everything changes.

A bomb goes off in the museum gift-shop, the exhibition suite takes the force of the blast and Theo, knocked out but otherwise unhurt, comes round in a terrifying world where nothing makes sense any longer. After spending a few dazed minutes with the redhead’s dying companion, trying to comfort him, Theo staggers away with the old man’s urgent pleas in his ears, the man’s ring in his pocket, and a dusty bundle under his arm: The Goldfinch, knocked from its frame but like him miraculously unhurt. He takes it for his mother, in a confused desire to protect it; but his mother is already dead. That one act will reverberate down the years for Theo, coming to represent the defining moment of his life from which he will never be able to escape.

The Secret History, Tartt’s first book, is one of my all-time favourites. I wasn’t so keen on her second, The Little Friend, but I’m pleased to say that The Goldfinch is a tremendous return to form. Theo is not a million miles away from Richard Papen, the narrator of The Secret History: another artistic, troubled misfit always on the outside looking in. It’s a story about compulsion and obsession: about the domineering power of memory, and the human inability to leave things behind. It’ll never quite have the place in my heart claimed by The Secret History, with its Greek allusions and Bacchic frenzies, but it is a powerful and painterly book with – to maintain the metaphor – a broad canvas and passages of beautifully-observed minutiae.

An antique shop is a wonderful dusty cave of treasures, with light shimmering in a tarnished Venetian glass somewhere in the background. A gun is ‘chrome silver, mercury black, with a smooth density that blackly distorted the space around it like a drop of motor oil in a glass of water‘. And that’s not taking into account the way she writes about art itself, with a huge sensitivity to the expressive quality of paint. Of course I loved it. Tartt has a wonderful turn of phrase and a store of references which hugely appeal to me: the excessively grand engagement party of a society girl to an unsatisfactory groom has ‘a grim sense of ceremony, as if [she] were some lost princess of Ur to be feasted and  decked in finery and – attended by tambourine  players and handmaidens – paraded down in splendour to the Underworld.’

My only criticisms would be that sometimes the book feels ever so slightly overlong at 864 pages, and that I felt it somehow lost its heart in the final section, which should theoretically have been the most gripping and exciting part of the story. What I cared about was Theo’s struggle against himself, and the switch to the pace of the art-heist thriller seemed to move attention away from what was really important. I also found the end somewhat neat and a touch too preachy.

But these are minor points, really. This was the perfect kind of book for long journeys: gripping, written with a magnificent eye for detail, and full of rich settings and well-drawn characters. It also created its own atmosphere – tinged with regret, but full of gentle beauty – that lingers with me even now. I’m very glad I finally got round to reading it. And now I’m sorely tempted to return to The Secret History and indulge myself some more… but that will have to wait a little while.