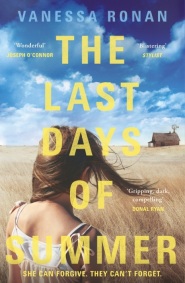 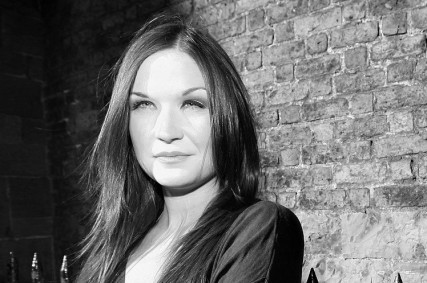 And now for something completely different. This book arrived in the post a few weeks ago, unsolicited and unheralded, and I was a little perplexed at first because it’s so very unlike anything that I normally read. On the other hand, I am not the kind of girl to turn down a free book and so I dutifully plunged in. It has been a strange experience. Lyrical but not poetic, violent yet gentle, it’s the kind of book you can’t quite shake off. Its mood clings to you like the scent of the diner in its pages, or like the thick, draining heat that blankets the Texan prairie on which the story unfolds.

Lizzie’s brother is coming home. She hasn’t seen Jasper for ten years and a lot’s happened in that time. Her husband Bobby has walked out on her, leaving her with two girls to care for: high-school senior Katie, who helps ends meet by working in a diner, and eleven-year-old Joanne, who can scarcely remember the father who left her. Lizzie’s mother has died, leaving her with responsibility for the creaking old house out on the prairie, and she keeps things together as well as she can. It’s a fragile balance and you’d think that an extra pair of hands might help. But her brother’s imminent arrival doesn’t bring Lizzie any comfort. Quite the contrary; for Jasper is being released from ten long years in the state pentitentiary, and Lizzie has offered him a place to stay only because he has nowhere else to go. She’s not sure how well she knows her brother any more.

And Jasper’s not so sure about being home either. Returning to the community where he grew up, he has an impossible desire for everything to be as it once was: to live simply as a family with his sister and nieces in his family home; to work the land; to go to church on a Sunday and find peace. He hadn’t expected to feel anything ever again, but to his surprise he finds a chance of warmth and friendship in his younger niece Joanne, who sees in this older man a chance to fill her father’s absence. But Jasper is no reformed angel. Brutalised by his time in prison, he finds it hard to swallow down his sense of rage and impotence, and to control the cravings that put him behind bars in the first place. Things grow worse when he realises, perhaps sooner than his sister, that the town isn’t willing to take him back. Small-town Texas revolts at the thought of a monster in their midst; the townspeople close ranks against him; and Jasper discovers that forgiveness means nothing in a place where the past can never truly be disentangled from the present.

I’ve been completely at a loss how to rate this book and, although it’s not a genre I feel entirely comfortable judging, I think it would be unjust to give it fewer than four stars. Parts of it are deeply unpleasant and I have no particular desire to reread it, but I can’t deny that it’s very well crafted. Ronan’s writing conjures up the cadences of the lazy Southern accent with its twangs and phrasing, and she is a master of slow-brewing menace. For most of the novel I had no idea whether it would be a slow-burning exploration of how a family comes together in the face of social ostracism, or whether something very unpleasant was going to happen, and it would be unbecoming of me to say any more than that, but the tension is so tightly wound that it almost twangs. And the evocation of this closed, washed-up, back-of-beyond world is wonderful: all rusty car garages, old tin signs squeaking outside sleepy shops, time measured by the blooming of the evening primroses, and the thick, choking heat of summer lowering over the prairie.

What I must say is that this is a strikingly accomplished piece of work for a first novel. It’s not a book I’d ever chosen to have read for myself, so I must thank Penguin for opening me up to something new. Ronan’s novel resurrects a time and place that are completely foreign to me and yet I’ve felt, for these few days, that I’m in the heart of it. Indeed, I wonder exactly when it’s meant to be set. I guessed around 1980, but if anyone has a more precise guess I’d be interested to know.

I can’t say that I particularly liked it, but the unpleasantness is all intentional and it grips like cold fingers around the throat. Besides, not being likeable never stopped a book from being a damn fine piece of work. If you’re open to atmospheric, sultry tales of unease, then this is one for you.

Oh, and a nod to the cover designer, who must surely have been inspired by Andrew Wyeth’s painting Christina’s World…