What do the composer Jean Gilles (1668-1705), the composer Jean-Philippe Rameau (1683-1764) and King Louis XV (1710-1774) have in common? The answer’s an odd one: they all had the same piece of music at their funerals. This was Gilles’s Messe des Morts, which had its premiere at its composer’s own funeral and remained so popular for the next seventy years that it was reworked and adapted in numerous ways to fit the requirements of later taste.

When Jean Gilles was commissioned to write a funeral mass in 1705, he made the crucial error of failing to negotiate a price in advance. When presented with the finished piece, the patron made a painfully inadequate offer of payment and so Gilles, presumably aware that he wasn’t well, declined to hand over the Messe and instead kept it in the hope it would be performed at his own funeral. Before the year was out, he had his wish. But the version of the Messe we heard at Versailles wasn’t exactly as Gilles wrote it. Skip Sempé, the director of Capriccio Stravagante, became interested in the piece as it was performed at Rameau’s funeral later in the century, and there are some key differences between the versions. Notably, the later version – brought up to date by François Rebel and François Francoeur – features horns, drums and bassoons, which ensured that the orchestration was a bit more sympathetic to the taste of the later 18th century. Further, in order to honour poor old Rameau, they interleaved Gilles’s original with instrumental excerpts from three of his operas. It’s this edition that we heard, so you see that the title of the event is somewhat misleading (Rameau, not Louis XV, is the man of the moment).

Capriccio Stravagante apparently has three different guises, in order to present music of different styles and periods in more appropriate forms. We heard the 24 Violons formation in the Chapelle Royale which meant, as you might imagine, that there was lots of emphasis on the strings. (From my seat I counted nineteen musicians in the strings section, but I presume there must have been five more hidden by the crowd.) This had pluses and minuses, as I’ll explain in a moment. The orchestra was accompanied by the massed forces of the Collegium Vocale Gent and by four soloists: the Dutch soprano Judith van Wanroij, the American haute-tenor Robert Getchell, the Portuguese tenor Fernando Guimarães and the Argentinian bass Lisandro Abadie. 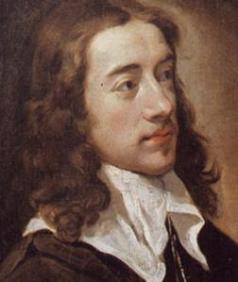 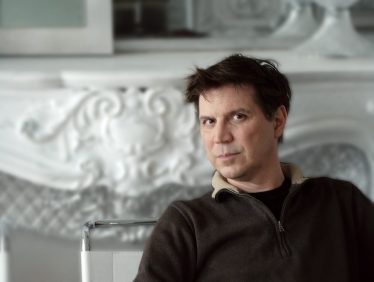 Our programme began with a piece that doesn’t seem to have played at Rameau’s funeral, so perhaps this was performed for Louis XV and that’s why the concert has this particular title. This was the Carillon des Morts by Michel Corrette (1707-1795). It was definitely imposing: the chapel sank into expectant silence and then, suddenly, came a rush of resonant drums, followed by muted horns and double bass sketching out the eerie sing-song of sombre chimes, then lightened by the violins and flutes, which followed the same bell-like patterns to acknowledge the dead. It was brief, but impressive.

Drums also heralded the beginning of the Messe. Now, having grown up as the daughter of a non-observant semi-Anglican and semi-atheist family, I’m not all that familiar with the rituals of the Catholic church or its music, so I’m going to have to talk about this in the most general of terms. I swiftly realised that, as one finds in an opera, there were repetitions and echoes of the phrases and that it wasn’t awfully helpful to rely on the libretto, although in any case the words were the familiar litanies of supplication and appeal that even I, a heathen, know: Requiem, Kyrie eleison, Miserere, Hosanna in excelsis. One thing that really interested me – and forgive me if I’m stating the obvious – was the way that the music seemed to offer an almost therapeutic journey of catharsis, through the process of grieving for the departed, to the assertion of God’s grace and mercy at the end, which leaves you full of hope. I don’t listen to much sacred music and this was the first time I had noticed so marked a ‘progress’, perhaps emphasised by the break in the middle for that spritz of Rameau.

The bulk of the singing fell on the shoulders of Guimarães, in the first section, and Abadie in the later part, while Getchell and van Wanroij had more limited opportunities for display. Unfortunately the acoustics of the chapel meant that I really wasn’t able to form very clear opinions about anyone’s singing, except on the rare, blissful occasions when there was a section sung (literally) a cappella. 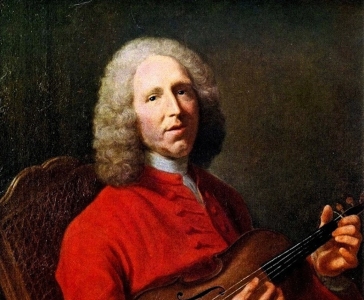 Let me clarify that: the acoustics are beautiful for single or multiple voices, which are warmed and magnified by the architecture and the marble. The problem comes when, as tonight, you try to fit a pretty large orchestra into the space (24 Violons, remember) and then expect the voices to carry over the top of the instruments. I don’t know what it sounded like closer to the front, but the chapel isn’t that large and, even though I was in row Q, it can’t have been so very different. The richly orchestrated passages were all too frequently transformed into velvety, almost fuzzy conglomerations of sounds, and as for the poor singers…

Expecting a singer to project over an orchestra even at the best of times is a big demand, and when the massed strings, horns and woodwind swelled up into the half-dome of the apse and around the galleries on either side, the singers simply didn’t stand a chance of being heard. Only the deepest and highest notes came through clearly and I’m sure it’s partly due to this that my favourites were van Wanroij and Abadie, although they were also both extremely good. Abadie had a gorgeously tuneful bass-baritone, full of gravitas and warmth, while van Wanroij impressed me with her resonant, full-throated soprano. I enjoyed Guimarães and Getchell when there were slightly softer moments, allowing their voices to be heard – only at the last minute did I realise that I’d heard Guimarães before, in Cavalli’s Elena – but much of the time it was hard to winkle out their voices from the surrounding ‘wall of sound’. And that’s a shame, because I’d have liked to get a better idea of their talents.

I’m going to confess something: sacred music is still something that I’m trying very hard to learn to like. I can appreciate it, but there are very few pieces that I would choose to listen to (one of the exceptions being Pergolesi’s Stabat Mater). My decision to attend this concert was partly the desire to hear music by a composer I haven’t come across so far in my Baroque peregrinations, and partly the appeal of the setting. But van Wanroij was single-handedly responsible for the one moment in the entire evening when I came closest to a fatuous smile, and that was her performance of the Pie Jesu, written by Gilles as the music for the Elevation, and following on from the first Rameau addition, namely Tristes apprêts from the opera Castor et Pollux. 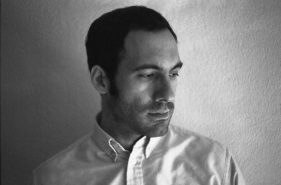 This Pie Jesu was a sea change and it was genuinely exciting, after an hour of very serious, noble, worthy religious music. Suddenly the Messe leapt into life: the text here has been set to music of a completely different type. Essentially, the Pie Jesu is treated as a Baroque aria in the Italian fashion, apparently with A and B sections, progressive ornamentation, and a thrilling cadenza at the end.  It felt so vivd after the sobriety of the earlier section that I had trouble believing that it was by the same composer – indeed, that it was by a French composer at all, as opposed to an Italian who’d got a bit lost somewhere around Louis XV’s court. Not only does it feel like a mischievous interloper in its own Messe, but somehow it also feels a bit too bright for such a gentle plea of intercession. But I loved it: here was theatricality and glitz, so very fitting for the location.

At the risk of being slightly controversial, I didn’t actually think the Rameau additions at the end added anything. In fact, I’d go so far as to say that they diluted the impact of this journey from grief to joy. After the triumphant final chorus, everyone was poised to clap but we were forestalled, as Capriccio Stravagante continued on with Rameau’s Rondeau tendre from Dardanus and then his Air des esprits internaux from Zoroastre. Both were perfectly pleasant, of course, because Rameau is very good; but they rather trailed off after the conviction and passion of Gilles’s conclusion. That is not to criticise Capriccio Stravagante, of course: I’m holding Rebel and Francoeur entirely to blame.

The final applause was very enthusiastic, even if one had the sneaking suspicion that Sempé was eking it out a little by repeatedly going off and coming on. We had one encore, to which I listened dutifully, and then – after more curtain calls – another, during which I discreetly left, because I had a business meeting early the next morning. As I headed towards the exit, I heard yet a third encore; perhaps there were even more, although I wasn’t the first to leave and increasing numbers of people were trying to sidle out to catch trains or begin their journeys home.

I’d enjoyed the evening, certainly but for me the acoustics had been a bit of a problem. I was impressed with the performances of Sempé and Capriccio Stravagante, although I don’t think this was the right venue for such a large orchestra; and I was very happy to hear all the singers, although van Wanroij and Abadie made the greatest impressions. In scale and richness, the programme may have been better suited to the Opéra Royale next door, which was free that evening – I know, because had there been an opera on offer, I’m ashamed to say I’d have been there like a shot (did I say I was a heathen?).

However, I was pleased to be introduced to Jean Gilles, who is evidently someone I should know. Earlier in the day I’d mentioned my evening plans to colleagues at the Louvre, who’d nodded knowledgeably and said that Gilles was very important – which left me feeling slightly embarrassed that my own appreciation of French music didn’t go much beyond Rameau and Lully. At least I’ve taken the first step now!

And the good news is that, if you wish, you can hear almost exactly the same cast and orchestra performing this very programme (with the exception of the opening Carillon, which is omitted). Since you are all law-abiding people, I’m going to direct you to the CD recording (in which the tenor part is taken by Juan Sancho rather than Guimarães), but I would be remiss in my duty if I didn’t let you know that the piece is also (currently) available on YouTube. Naturally the sound is much crisper and clearer than I experienced, although of course I’m afraid you won’t enjoy quite the same sense of atmosphere. And I fancy the Pie Jesu here is a little slower than it went tonight, but it’ll give you a flavour.

The vault and apse of the Chapelle Royale seen from the upper vestibule. At the far end is the Resurrection by Charles de La Fosse; on the vault are paintings by Antoine Coypel

Antoine Coypel, God the Father; detail of the vault paintings in the Chapelle Royale, Versailles