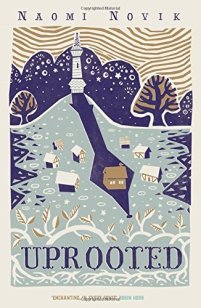 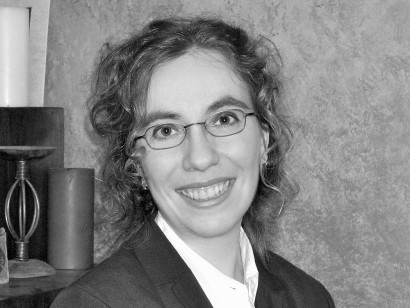 Naomi Novik has now finished her phenomenally successful Temeraire series and I’m looking forward to catching up with the final four books, as and when I can track them down in the local library. In the meantime, I spotted a copy of her new standalone novel, which I carried off in triumph. It takes place in a very different world from Temeraire: a medieval, Eastern European setting rich with fairytale motifs: dense forests, dark winters and a great evil stalking the land. But there’s a Dragon here too, who lives in a tower at the end of the valley and comes down once every ten years to carry off one of the daughters of the peasant families. Things are not, however, exactly what they seem and in fact this gorgeous, sprawling, magical novel stands triumphantly independent of its scaly-clawed forebears.

In many ways it’s probably best just to read this novel knowing nothing more than I’ve told you in the first paragraph, so bear in mind that you have been warned. The book develops so swiftly that I can’t talk about most of it without giving away plot twists in the early chapters, and so anything that comes hereafter will be, in some form, a spoiler. Tread carefully, and remember: here be dragons.

Agnieska is seventeen, with all her life laid out in front of her. Not that life will hold many surprises: she’ll get married, settle down a few doors away from her parents, raise children and continue to glean and work the land as she has since she was a child. She’s always felt slight anxiety, because she was born in a Dragon Year and the Choosing is approaching, but everyone knows that the Dragon will take Kasia away with him. Kasia is bright, beautiful and good. She’s always been marked out by the villagers for greatness and her mother, while sorrowing over the imminent loss of her daughter, has been doing everything to prepare her. Kasia can do everything beautifully, unlike Agnieska, who can’t make it from one minute to the next without falling over, getting mud down her skirts or a hole in her sleeve. Despite their differences, the two girls have been the best of friends.

Something goes wrong, though, at the Choosing. When the Dragon comes, he doesn’t take Kasia: instead he picks Agnieska, gangly, awkward, clumsy Agnieska, who’s never been good at anything. This would be a good time, incidentally, to add that the Dragon isn’t a dragon: he’s a man, a powerful wizard whose magic has made him immortal and who lives in the tower to guard the villagers from the creeping, lethal dark sorcery that dwells within the Wood that fringes the valley. Being chosen by the Dragon doesn’t amount to sacrifice or misery; on the contrary, as Agnieska discovers in her first bewildering days, he doesn’t seem to expect anything much of her. The only thing he does demand, as she discovers to her misery (and, apparently, to his) is that his servant should be presentable, deft and pleasant to look upon. Agnieska is none of these things. Before long she is ruining his food, getting in his way and driving him mad with her ability to ruin any piece of clothing given to her.

But then something happens. Despite reassuring notes left to her by previous servant girls, Agnieska realises that the Dragon isn’t treating her like any of the others. Full of disdain and scorn, he forces her through a series of bizarre exercises, forcing her to repeat foreign words and tormenting her by magicking her into impossible jewel-encrusted dresses. And then, slowly, Agnieska realises that he isn’t magicking these things at all. She is, under his guidance. By sheer chance, the Dragon has ended up with a girl on his hands who has some ability in magic. Grudgingly, he undertakes to teach her, driving both of them almost insane with exasperation in the process. But time passes and Agnieska, finally, begins to realise that she does have some talent after all. It’s a good time to find that she has something worth offering. For a dark, ancient evil is stirring at the heart of the Wood, and sending out tendrils into the world. When the prince Marek rides over the mountains to seek the Dragon’s counsel, Agnieska and her master – or companion? – find themselves caught in an increasingly dangerous situation, which could end up destroying not only themselves, but the valley and all Agnieska has ever held dear.

This is a super story, just full enough of wonder to capture the feeling of an old folk tale told by the fire on a winter’s night, but also leavened with adventure, common sense and wonderful characterisation, especially in the two protagonists. More overtly fantastical than Temeraire, this story is full of outright magic that nevertheless feels very solid and convincing in its context. There’s only one section which felt slow, but I think that’s because a certain character wasn’t there and I was impatient to see that person again, so found what was happening slightly less gripping than it might have been otherwise. I speak broadly, so as not to give away more than I absolutely have to. The setting seems to draw on Novik’s own ethnic roots – she has Lithuanian ancestry through her father and Polish through her mother – which she weaves together into a captivating new fairy story that’s very much aimed at grown-ups. Thoroughly recommended, to be read with an open heart.

It has left me torn: I’d love to read more about these characters, but at the same time I’m afraid that if Novik were to write a sequel, she’d run the risk of spoiling the balance that this book has achieved so marvellously.