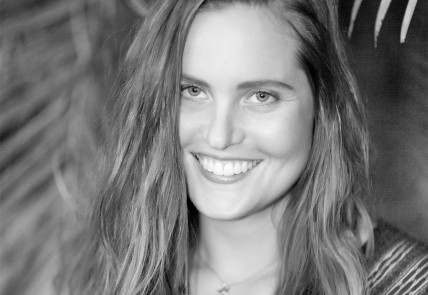 Hot on the heels of The Bear and the Nightingale comes its sequel: another compelling slice of Russian-flavoured fantasy, prickling with ice and magic. Our heroine Vasya has saved the villagers of Lesnaya Zemlya from an evil far greater than that of the Devil the priests have taught them to fear, and far older than the icons and crosses of their churches. Yet her reward is scorn, distrust and hostility: a reputation as a witch. And so her eyes turn to the horizon, to the wider world she has craved for so long. With her incomparable horse Solovey, she sets out – but not before her path leads her back to a little house in a fir-grove in the forest, where the frost-demon Morozko waits for her.

Richer in scope than its predecessor, this novel spreads its wings beyond Lesnaya Zemyla and takes us to medieval Moscow, to the barren wastes of the Russian forests and to the peaceful sanctuary of an isolated monastery. For the first part of the book, we actually see very little of Vasya but we do reacquaint ourselves with her sister Olga, now a noble matron and mother in Moscow, and her charismatic brother Sasha, a monk-warrior. It’s a precarious time in the Rus’, where local chieftains sense the fading power of the Great Khan and begin to stretch their muscles. Bandits roam in the woods, kidnapping children and carrying them off as slaves. And the young prince Dmitrii begins to wonder whether the time has come to shake off his obligations to the Golden Horde and make a kingdom for himself. In the midst of this turbulent period, two strangers arrive at the court. One is a priest with golden hair and a silver tongue, discovered half-starved in the forest, who comes bearing shocking news about the family of Pyotr Vladimirovich. The other is the red-haired boyar Kasyan, courageous, daring – and mysterious.

Of course I can’t help comparing this to the first book, and perhaps it’s no surprise that it doesn’t quite reach the same level of brilliance. Second books hardly ever do and, even if I didn’t love this quite so much, I still thoroughly enjoyed it: Arden continues to be an evocative and stirring writer and I’m fond of her characters, even though I sometimes wanted to knock their heads together. The broadening of the setting results in an unavoidable lack of focus, of course. Lesnaya Zemyla may have been small, but I had a strong sense of the place and people in a way that just isn’t possible here. Arden offsets this by developing her secondary characters, who become strong presences in their own right: Sasha intrigues me, and I’d love to know more about his past experiences, while Solovey has a personality as real and forceful as a human. There are also new characters to get to know, notably Olga’s daughter Marya, in whom Vasya comes to see something of her own younger self.

One thing I would say – risking spoilers, so skip ahead if you want to avoid them – concerns the romance. We all knew it was going to develop this way: the first book made it pretty clear. And I have no problem with it per se; it just wasn’t always as convincing as other parts of the story. Vasya wants to have her cake and eat it: she dislikes the thought of being a plaything for an immortal creature, but at the same time she seems to rely on Morozko’s readiness to ride to her aid. As for Morozko himself, eternal life doesn’t seem to have stopped him behaving like an awkward moody adolescent. Would the man who has carried off maidens, and presumably done his fair share of ravishing, be so clumsy? Surely a few centuries would have made it clear that it’s bad manners to give a woman burning looks, save her life (repeatedly) in a dashing fashion, kiss her (several times) in moments of ardent passion, and then basically ghost her? I mean, really.

The tongue was faintly in cheek there, but you get the point. This is a young adult series, but it wasn’t until we got to the romance that it felt like one. Everything else remains strong, with lots of wonderful intrigue and the addition of many new figures from Slavic legend (I was especially excited by the Firebird), and there are some thrilling moments, most notably a horse race round the walls of Moscow, where victory isn’t the only thing at stake. If The Bear and the Nightingale was about finding out who you’re meant to be, this book is about having the courage to forge your own path and become that person, in defiance of whatever society (or your elders) think you should be doing. Vasya, despite her occasional romantic angst, is a terrific protagonist and just the sort of feisty, capable and adventurous girl I wish I could have read about in my mid-teens.

This is the perfect time of year to read this series so, if you haven’t yet read The Bear and the Nightingale, hurry up, and if you have, then this sequel has been published just in time to whisk you off to the frozen land of the Far North, ready for Christmas. I shall have to be patient for the next book in the series, but in the meantime (for reasons those who’ve also read this book will understand), I’m tempted to seek out Catheryne M. Valente’s Deathless. Another recommendation, for those who enjoy Arden’s series, is Naomi Novik’s Uprooted, which I think has a very similar charm.