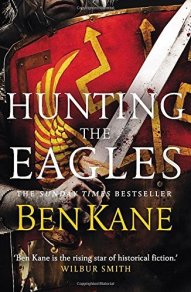 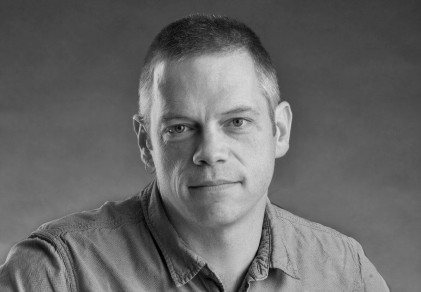 Five years after the massacre in the Teutoburg Forest, we rejoin the Roman centurion Tullus, his optio Fenestela and his loyal men Piso and Vitellius as they work to come to terms with the loss of their legion and their eagle. Their presence at the catastrophe has hit them hard. Officially forbidden to set foot in Rome, they remain on the German frontier, allocated to new legions, demoted (in Tullus’ case) and subject to the stares and mockery of men who weren’t there to witness what they saw.

Time may have passed, but Tullus’ determination to recover his eagle hasn’t waned; nor has his hatred of Arminius, the German auxiliary commander turned rebel leader who has brought together the tribes into a formidable fighting machine. But now, at last, Rome may have a chance to avenge the dishonour.

First, though, there is more danger to overcome. The legions guarding the German frontier have come together in a great summer camp near Ara Ubiorum, where discontent festers and troublemakers find easy kindling for their words. Posted on a frontier far from Rome, the men feel forgotten by their generals. Brutish behaviour on the part of middle-ranking officers, late pay, poor conditions and exhausting work take their toll and before long the camp finds itself simmering with mutiny. News of Augustus’ death in Rome only feeds the flames. It will prove a first test to the frontier’s new commander, the dashing Germanicus, and not the last. For Germanicus, like his men, seethes at the memory of Armininus’ attack and longs for vengeance. He conceives a plan for a brutal punitive raid on the tribes, which will send a firm message that Rome is not to be quashed. But Arminius too is watching and waiting. When the Romans strike at the one thing Arminius holds dear, they once more threaten to bring down the fury of Germania around their heads, and more blood will flow before the campaign is done.

I was very happy to take up the story again after Eagles at War, and to rejoin the characters who had made such an impression on me in the first novel. Of those whom we got to know in that first book, Arminius was probably the one who didn’t quite live up to expectations here. Certainly his dealings with his fellow chieftains and his sidekick Maelo continue to be well-written, showing him as a fine strategist and persuasive, deft manipulator; but I felt more could have been done with his relationship with his wife. (Yes, fellow Handel-lovers! The opera comparisons continue, as we finally get to meet not only Segestes again, but also Thusnelda and her brother Segimundus. Naturally parallels with the opera are tenuous, at best.)

Admittedly Arminus and Thusnelda don’t have many scenes together, but whenever we do see her, through Arminius’ eyes, she seems to be just a woman to arouse him and cook for him. From the point of view of a female reader, and especially in the light of the tribal equality I’ve read about in the Boudica books, I’d have liked to see a stronger Thusnelda, who wasn’t just there to subtly titillate the men around her. Still, let’s look on the bright side. We now have five named female characters as opposed to the absence of any in the first book (Thusnelda, Artio, Sirona, Agrippina and the whore Diana, whom we never actually meet).

Let me remove my equality hat now. There is still much to love in this story, which has blood and battle aplenty, but set within a very robust and believable context of Roman military life. Kane gives us a sense of the monotony of a legion in peacetime and also brings to life the complex hierarchy of officers, dictating who can abuse who. Yet the army is rendered with glorious, scurrilous and earthy colours in scenes that shine off the page. Tullus continues to be one of the most wonderful fictional characters I’ve encountered, gruff and brooking no nonsense, but with a heart of gold: genuinely, deeply devoted to the needs of his men, and loved and feared by them in return. In fact, I probably have a little fictional crush on him now. The banter between him and his men is just perfect. Fortunately Germanicus has noted Tullus’ good sense, but he is yet to bring the insufferable Tubero down to size. Oh yes, Tubero is still prancing around and has unfortunately failed to get himself killed by tribesmen yet, but there’s still hope for the third book, surely?

This probably isn’t a novel for the battle-averse amongst you. There’s a lot of brutality and fighting, but it’s done well and it is all absolutely required by the plot. Moreover, Kane is very good at emphasising the bonds that bind soldiers together, and the extra impetus offered by the need to protect, defend or avenge a friend. Here there are some poignant scenes indeed, not least those in which Germanicus persuades Tullus to lead him back to the scene of the massacre, six years on. One of the most wonderful things about this series is how much research Kane has done and how fluidly and unobtrusively he weaves it in. The author’s note at the back of the book is illuminating in detailing exactly how closely he’s followed the facts and in highlighting even throwaway details that are corroborated by archaeological finds or ancient texts. It’s a fine example of how to write research-heavy fiction with a light, immensely readable touch.

Hunting the Eagles does feel like a middle novel, in that we jump in and pull ourselves out at the end while still in the full flow of the story, but it works better than most, with the action taking place in the course of one particular campaign. Naturally I’m eager for the final volume, but I shall have to be patient. This second novel was only published in March 2016 and I suspect I have a good six months more to wait to find out the conclusion to Tullus’ story. For now, to steal a phrase, the Empire has struck back and it remains to be seen whether the Cherusci will be able to mount a triumphant return. With men like Germanicus and Tullus in the front line, they may find it hard.

A quick nod to a piece of related artwork. Last week, while in Munich on business, I visited the Neue Pinakothek and saw this massive painting of a historical subject by Carl Theodor von Piloty. It was only after admiring the detail that I glanced at the label and realised that it showed Thusnelda being paraded in Germanicus’ Triumph in Rome. That may run the risk of being a slight spoiler, since I presume it reflects events that will occur in the third book, but I couldn’t resist including it.

Carl Theodor von Piloty, Thusnelda paraded before the people in the Triumph of Germanicus in Rome, 1873, Neue Pinakothek, Munich