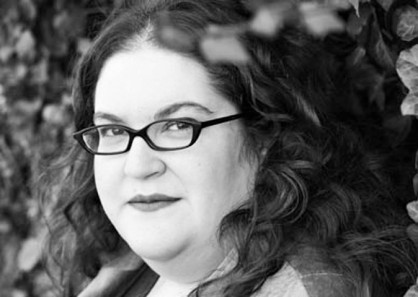 On one otherwise unremarkable day, something starts to happen that will change the world. One by one, fifteen-year-old girls all over the world discover a strange crackling sensation in their fingertips. One by one, they discover that their maturing bodies allow them to manifest sparks of electricity that can be thrown from hand to hand, transmitted through water and used as a weapon. Suddenly, women can harm or kill men with barely a second thought. The girls discover that, through their touch, they can activate the same power where it lies dormant in the bodies of older women. As society teeters on its foundations, a handful of very different women – and one man – find themselves at the heart of the storm, as they try to harness and understand this critical biological development.

For Allie, this new power gives her the chance to finally exercise some control over her own life. She has spent her life shuttling from one foster family to another, constantly betrayed by the system and by those who should be looking after her. When she uses her power one night to put a stop to her foster father’s abuse, Allie knows only that she has to get far away from her current life in Jacksonville and find sanctuary somewhere. That somewhere turns out to be a half-forgotten convent by the sea, where the nuns welcome in this quiet, damaged child and give her a home.

They don’t realise what they’re harbouring. Allie has adopted the name of Eve, a spontaneous decision to put distance between her old life and her new, and as the weeks pass, she feels her powers grow and sees more and more girls arriving at the convent, cast out by their families and communities, desperate for somewhere to stay. Eve welcomes them and helps to care for them. Allie watches, from behind Eve’s eyes, and listens to the voice that has guided her steps this far. Then Eve begins to work miracles. And before long, with her sermons and acts of faith broadcast across the world on YouTube, Eve’s power ceases to be merely physical and becomes something wider, more irresistible and more dangerous. She preaches a message to all women across the world: God has revealed Herself. God has given us the power to make a difference. Let us make that difference.

Saudia Arabia is the first country to explode. Tunde, a young and determined journalist from Nigeria, is there when it happens. Since the very first days of this new power, he’s been on the front line, reporting it and making videos to broadcast across the world on the internet. His courage and bravery win him the admiration of international news corporations and soon he’s selling material to CNN. As he watches age-old patriarchal regimes fall to the might of these newly-empowered women, he feels the thrill of a new age beginning. He’s there, too, when the women being trafficked as sex slaves in Moldova discover their own powers and rise up against their oppressors. He records it all. He watches as the President’s elegant, beautiful wife Tatiana waits for her moment behind the scenes. Tunde is going to be the chronicler of this new age: its evangelist, its first historian. But he forgets that history in the making can sometimes be a dangerous place to be trapped, especially as a man.

In America, Margot Cleary is having a raw time. All her decisions as mayor are undermined or thwarted by her state Governor, Daniel, an arrogant fool. This new outbreak of violence among young women is proving to be a cause for great alarm: no one understands what it is, where it’s coming from, and how to cure it. At the moment all they can do is keep boys and girls apart, close schools, segregate, hope that it’ll die away again. But then Margot hears that her own teenage daughter Jocelyn is showing signs of this new power and her perspective shifts. As the months pass, it shifts even more. What if these girls weren’t regarded as criminals, but taught to use this astonishing new talent they’ve developed? What if their instincts are turned to good, rather than to gang violence? And Margot begins to have ideas about how this mass of young women can be mobilised, made safe and made into a force that will amaze the world.

Roxy is the daughter of an old-school gang boss in London. At the age of fourteen she sees her mother killed in front of her and, right then, decides that vengeance is going to be her only mission. But murder is murder, however it’s done, and soon Roxy needs to run. She goes to the only place she can: to America, to find this visionary whose videos she’s watched online: Mother Eve, a spiritual leader, a thinker, a prophet of a better world. Little does Roxy know, when she arrives, that Eve has been waiting for her. Eve has been promised a soldier, someone who will help spread her message across the world, and Roxy has more power than anyone Eve has met. Together, they can work wonders. And so, with their new understanding fixed, the visionary steps up her preaching and the budding gangland boss returns home, to put her men in order and help Eve bring about the future.

This is an extremely good book. Thought-provoking, angry and wise by turn, it forces us to look at the world around us with its injustices and inequalities and to consider how simple, how easy it would be to change it. But Alderman is too subtle to make this a simple feminist fairytale. In the best tradition of dystopian fiction, she sees the ideal and pushes her plot past it, forcing us to think about how ideals translate into reality as twisted, corrupted forms that bear little resemblance to their pure Platonic selves. Her concept, whether in the main narrative itself or in the playful epistolary sections that bookend it, is startling and sobering. This is an Animal Farm for the feminist age: challenging, thrilling and compulsively readable. It is very, very different to The Lessons, the only other book of Alderman’s that I’ve read. There’s a telling acknowledgement of valuable help given by Margaret Atwood at the end of the book. That makes perfect sense: this urgent and uncompromising glimpse of the future is very much in Atwood’s spirit, and if you’ve enjoyed her visions of broken futures, you will surely enjoy this too.

I requested this on a whim, because I’d enjoyed Alderman’s writing before, and it has left me hugely impressed. She’s now moved onto the list of writers with whom I think I’d feel safe no matter what the subject: she writes fearlessly, but with great compassion. Half science-fiction fable, half thriller, this is a book worth seeking out and losing yourself in.