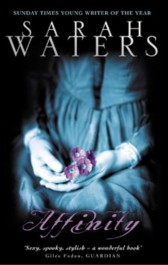 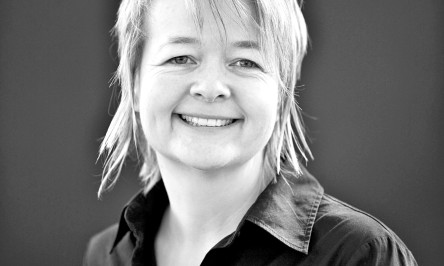 Sarah Waters’s novels have impressed me so much more than I expected. Before I read The Paying Guests earlier this year, I had her down as an author who did naughty ladies in corsets, but now that I’ve actually started making my way through her books, I’ve realised how reductionist that was. Affinity has yet again proven her remarkable ability to capture a time and place, this time the curious world of Spiritualism in Victorian London. Deftly unsettling and almost Hitchcockian at times, it’s a fine piece of work, if somewhat more unstated than the tumultuous antics of Tipping the Velvet.

Affinity introduces us to the stories of two young women, from very different backgrounds, who come to know each other through the bars of a prison cell. While still in her late teens, Selina Dawes becomes a celebrated medium, channelling messages from the spirits through to their bereaved and beloved on earth. Her sensitivity and prettiness make her a great favourite with the leisured classes who have grown so fascinated with the new art of Spiritualism. Her future seems secure when the wealthy Mrs Brink offers her a place to live, in return for Selina’s help in contacting the spirit world, but when events take a tragic turn, Selina finds herself committed to the dismal halls of Millbank Prison.

There she encounters Margaret Prior, a lonely bluestocking mourning for her art-historian father. As part of her recovery from an unspecified but serious illness, Margaret agrees to become a Lady Visitor at Millbank: aiming to show an interest in the female prisoners and to inspire them, by her example, to aspire to a better way of life. But here, among the thieves and murderers, the infanticides, swindlers and bawds, she encounters the quiet, enigmatic and compelling figure of Serena Dawes. Still bruised by the end of a romantic friendship with Helen, her father’s erstwhile assistant and now her brother Stephen’s wife, Margaret is susceptible to beauty. Serena, with her Crivelli-angel curls, entrances her. Soon her entire life revolves around her visits to Millbank, drawing ire from her critical mother and wonderment from her friends; but, for Margaret, her life finally has meaning once again. She becomes fascinated by Serena’s tragic history and the mystical world of the spiritual’s craft. As time passes, Serena’s gentleness and proofs of power wear down Margaret’s scepticism and it seems that anything is possible.

This is a more subtle book than the other novels by Waters that I’ve read, but it makes a remarkable impact, largely because it examines the impotence and lack of autonomy faced by many woman from ‘good’ families. Even though Margaret is educated, she finds her desire for independence thwarted by the mores of her time, which require that, as the spinster daughter of the family, she remains as a companion to her mother. One of the most dispiriting moments of the book is the one in which Margaret is presented with a set of visiting cards by her mother – cards which bear her mother’s name at the top and Margaret’s below, in a less flamboyant font. Poor Margaret, at the age of only twenty-nine, no longer has a future except as a plain shadow to her increasingly querulous mother. Her father’s indulgence of her intellect is gone; her relationship with Helen has been cut off; her chance to visit Italy, with its beauty and its freedom, has been snatched away forever. No wonder she thrills at the possibility of love and other wonders through her connection with Serena. After all, perhaps nothing is as it seems…

Of course, this would be a perfect book to read at this time of year, with Halloween on the horizon and the dark, crisp autumn evenings drawing in. Curl up with a cup of spiced tea, and allow yourself to be enthralled by this clever story, in which it begins to seem that love can eradicate all the barriers of a mortal world.