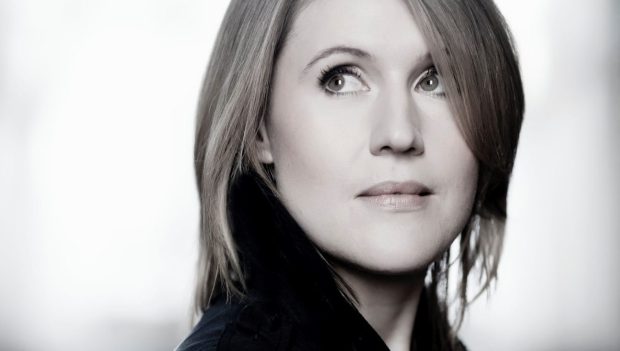 With only one production so far this year, I’ve had Xerxes withdrawal symptoms, but fortunately the Early Opera Company and Christian Curnyn were there to save the day with a concert performance at St John’s Smith Square last Friday. This was billed as a concert version of their truly excellent studio recording from 2013, but in fact the entire cast is different, with one crucial exception: Anna Stéphany as the brat-prince himself. The change of cast didn’t matter, however, as EOC drafted in some of the brightest young things around, and the result was classy, perfectly-paced and probably (on balance) the best-sounding Xerxes I’ve yet heard live. Coming from me, that’s high praise.

I hadn’t expected to be bowled over, though. I’ve yet to find the ‘perfect’ recorded Xerxes, but EOC’s recording comes pretty damn close (I’d swap in Lawrence Zazzo from the William Christie recording, instead of David Daniels, and add Se bramate and Crude furie from elsewhere, but that’s personal preference). And so the live cast had a good deal to live up to. Ultimately the only thing I missed from the CD was Hilary Summers’s Amastris, whose velvet-spiced contralto sets off Stéphany’s throaty mezzo to perfection, but again that’s simply personal preference.

We all know the story now: Xerxes takes a break from admiring plane trees and crossing the Hellespont to chase after his little brother’s girlfriend, to the irritation of several people, including his own incognito fiancee Amastris. EOC, to my delight, performed the opera in the original Italian rather than the frequently-used English translation by Nicholas Hytner and, in lieu of surtitles, provided the text in both Italian and English on handouts for people to follow along. Perhaps it was the ecclesiastical acoustics, but I was struck by the great clarity of the singers’ diction: my Italian friend, who doesn’t know the opera as well as I do, found it extremely easy to follow without looking at the handout. And the pace throughout was also spot-on: vibrantly jaunty and meltingly languid by turn. Curnyn let all the light comedy show its sparkling hand, but reined in the orchestra for the more elegiac sections so that we could allow the characters their moments of introspection. Yes, I’d have liked Se bramate d’amar to have been a tiny bit faster, but that was the only time I thought things could be speeded up: Crude furie, I’m delighted to say, was perfect. 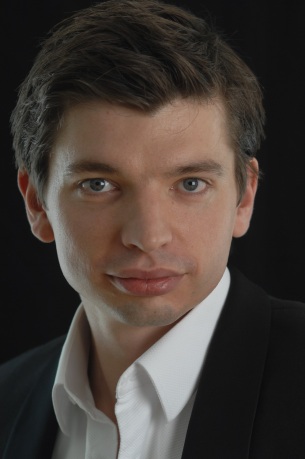 Ariodate usually slips beneath my radar in this opera, but here we had a performance to savour courtesy of Callum Thorpe, the brilliant bass whom I’ve now seen twice, first as Pluto in the Roundhouse’s Orfeo and then as Jupiter in Rameau’s Castor and Pollux (which I didn’t write about). What makes him so blindingly good is that his voice is so tuneful and has a great deal of colour to it, despite its depth, and he can blend power and gentleness in a way that sounds almost effortless. Another hugely impressive performance from him here. Accompanying him at the lower end of the register was Edward Grint, a bass-baritone whom I hadn’t heard before, but whose voice proved to be strong and musical. He made a stoutly personable Elviro, a rather more serious fellow than many I’ve seen, who stoops to dressing as an old flower-seller because there’s no other way to help his master, not because it appeals to some inner sense of mischief. But Grint did nevertheless fully get into that scene, by disappearing offstage for a moment and returning in a resplendent silk headscarf, knotted under his chin.

Here Amastris became a mezzo, Rachael Lloyd. With Hilary Summers looming so large in my consciousness, I confess that I would have liked a little more power, both vocally and dramatically, from Lloyd. Nevertheless, her singing was technically very good and I enjoyed both her Sapra delle mie offese and her Cagion son’ io, the latter my favourite of the character’s arias, in which Lloyd brought out all the poignant pain. I noticed, amused, that on her first entrance Lloyd’s Amastris had a half-smile, doubtless relishing her incognito adventure, but that her expression rapidly changed to vexation, where it remained for the rest of the opera. The polar opposite of this loyal, brooding princess was Keri Fuge’s delightful Atalanta. I saw Fuge as Cupid in Rossi’s Orpheus and, at the time, advised you all to watch out for her. I repeat that now. Her Atalanta wasn’t the unprincipled minx we sometimes see, but a lively young woman with a whole range of emotions: half-concealed anguish in Sì,sì, mio ben, sì,sì and vivacious playfulness in Un vezzo leggiadretto.

The two lovers also made a deep impression. We were told at the beginning that Claire Booth was struggling with a chest infection but had decided to sing as Romilda anyway, and I was prepared to be indulgent – but it really wasn’t necessary. Perhaps I’m just not experienced enough at judging singing yet, but it was very hard to tell that she wasn’t on full form. Perhaps her voice had an occasional depth and huskiness that it wouldn’t normally have had, but ironically this worked quite well, in giving her exasperation with Arsamenes an added edge. Her singing was always rich and characterful and, despite her illness, she faced a series of arias which demanded beautifully swelling high notes and carried them off superbly. I was particularly taken by her Se l’idol mio and E gelosia, the two arias where Romilda gets to show a bit more personality. Booth drew out the depth of confusion and frustration felt by the character, infusing her arias with a fierceness and febrility that some of the sweeter Romildas I’ve seen don’t manage.

Her Arsamenes was Rupert Enticknap whom I’ve seen several times already, as you know (he also performed as Farinelli in the West End transfer of Farinelli and the King), and he gets better every time. He’s got real depth and character to his voice and his performance was full of personality, from his brotherly bickering with Xerxes to the glorious squabble with Romilda in Act 3, where his and Booth’s voices blended to wonderful effect. I also really enjoyed his Sì, la voglio, which was technically excellent and showed off a great command of coloratura. His performance as a whole achieved the remarkable feat of giving Arsamenes a bit more backbone and three-dimensionality than usual.

However, this opera is really about one role – and that seemed particularly obvious here, where Stéphany seemed to be standing up a hell of a lot more than anyone else. Her Xerxes was remarkably self-controlled for the most part and a convincingly authoritative figure: none of the comedy bombast or borderline psychosis of other productions. Here the explosions of temper felt like a reaction to the unforgivable lèse-majesté of the other characters. Right from the off, she commanded the role: an exquisite Ombra mai fu brought out the gloriously deep, molasses-like tone of her mezzo, and she moved easily into the smug self-satisfaction of Io le dirò. This Xerxes doesn’t need to be petty. Who could possibly refuse him? Stéphany’s Più che penso alle fiamme was a romantic dream, a swooning, seductive love-song with a lovely cadenza at the end. As I said earlier, I felt her Se bramate d’amar could have been a little faster and more petulant, but she may have been saving herself, because Crude furie erupted at fine pace, full of indignation and fury. I think it’s the best live rendition I’ve heard, though it didn’t have quite the same deliciously destructive fire that Jake Arditti unleashed last year at the Britten, and it’s still a way off the spiralling tantrum of my favourite recording.

All in all, this was a real treat. I came out of St John’s with a bounce in my step and a grin on my lips, and you can’t ask for more than that. EOC have delivered again, delivering the opera in a polished but very engaging fashion, with all the fizz and energy of something written last year. More to the point, in Anna Stéphany they’ve given us a subtly different Xerxes: mature, dignified and princely despite his temper; worthy of respect as well as fear.

Find out more about the Early Opera Company