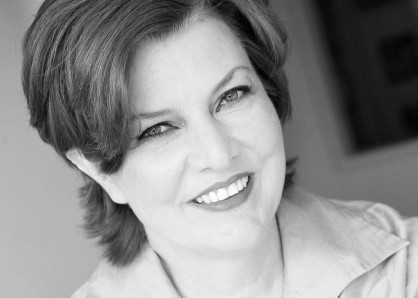 A Dangerous Beauty Novel: Book I

Ladies and gents, it’s time for another foray into Achaemenid historical fiction. This time we’ll be travelling via the medium of Biblical fiction – a genre which is not of any great interest to me, in and of itself, but which accounts for the vast majority of historical fiction set in the ancient Near East. As you’ll probably remember, I read a novel about Esther not very long ago and I was curious to see whether Hunt’s rendition of the story would have anything in common with Lofts’s beyond the bare bones of the story related in the Bible. The answer is: very little, but Hunt has evidently read her Herodotus, which means that this Esther has a weight of historical plausibility that Lofts’s lacked.

We all remember the story, so I’ll be brief. Girl meets king; king falls in love with girl; girl becomes queen; girl uses her relationship with the king to save her people; feast of Purim ensues. What’s interesting to me, though, is how (or if) authors weave in the Bible story with historical fact. Hunt, unlike Lofts, follows the conventional identification of Ahasuerus with Xerxes. Her Esther, born Hadassah to a Jewish family, is a native of Susa and is brought up after her parents’ death by her cousin Mordecai and his wife Miriam. Like any young girl she chafes against the restraints of her home and dreams about what it would be like to live in the palaces, but as she grows to womanhood she accepts that her life will be as regimented as many others: she will marry a man chosen for her – in this case the pleasant, eager but uninspiring Binyamin – and become a mother. But Hadassah’s destiny is changed on the very eve of her wedding, when she is among the young women forcibly brought to Xerxes’ court to charm the king. This, she achieves. But can she also manage to save him from himself – and to save all those she loves into the bargain?

Alongside Hadassah’s narration, we have a second point of view from Xerxes’ chamberlain, the eunuch Harbonah. Through his eyes we see the events which lead up to the gathering of young women, essentially a personality contest to find a replacement for the renounced queen Vashti. Harbonah is an appealing character: sharp, curious and sometimes surprisingly playful. He has an existing friendship with Mordecai, through which he meets Hadassah as a child and recognises her when she comes to court as an adult, calling herself Esther to hide her Jewishness. That’s one of the flaws of the story, though: things are so incredibly easy for Esther. She is automatically a favourite of Harbonah and instantly becomes a favourite of his fellow eunuch Hegai, who looks after the young girls intended for the harem. Her path to the king’s bedchamber is very smooth, which of course is good for Esther but not as dramatically engaging as it could have been. I should point out, re. the bedchamber, that this Xerxes is a bit more plausible than the others I’ve encountered: his interview process for his new queen is a bit more thorough than just a cosy chat or a spot of amateur sculpture. But he does, of course, turn out to be a very caring husband. In his own way.

Hunt, as I’ve said, has done her research. Interestingly, she makes Vashti the mother of Xerxes’ sons, which means that although she is no longer queen, she remains very much a presence at the court, with considerable influence through her position as future Queen Mother. In other treatments of the story, Vashti is entirely banished, but Hunt’s interesting decision means that she can bring together story and reality in a way that works very well.Her Vashti is simply Xerxes’ real wife Amestris under another name. Like Amestris, Vashti is the daughter of the nobleman Otanes; like Amestris, she is insulted by the presumption of the king’s niece and mistress Artaynta, and, like Amestris, Vashti exerts a terrible punishment on Artaynta’s unfortunate mother.

Xerxes’ three legitimate sons, Darius, Hystaspes and Artaxerxes, are all present and correct, the latter making a particularly cute first appearance as a five-year-old. Hunt has also used attested Persian names for other characters: she calls Artaynta’s mother Parmys (actually the name of one of Darius I’s wives) and Hadassah’s childhood friend is Paryatis (a name borrowed from Artaxerxes’ daughter, who inherited all of Amestris’ ruthlessness). Mardonius is namechecked and the epilogue nods to Xerxes’ murder, where Vashti / Amestris is, probably correctly, identified as the driving force (Megabyzus and Amytis don’t feature, which is probably a good thing as it saved me having to get angry about ‘incorrect’ presentations of my historical favourites). It makes me happy that Hunt has obviously tried to get it right and to give her story the proper historical weight. Personally I don’t find her as enjoyable a writer as Lofts, but her story is more real.

My fictional meetings so far with Xerxes have been mixed. I have said several times now that One Night with the King is an embarrassing mess and I shall say it again; but I rather approved of Hunt’s erratic king. There were flashes of piety, as you would expect given the devoutly Christian nature of its intended readership, but it doesn’t overpower the dark intrigues of the court. I have one more Esther-focused novel on my Kindle, on which I shall report in due course (as long as it proves worth reading), and then I have some mainstream historical novels to tackle on our favourite brat-prince: Gore Vidal’s Creation and Louis Couperus’s Arrogance. Then there’s an interesting historical trilogy, again sold under the Biblical fiction heading, which examines the Jewish experience during the reigns of Darius I, Xerxes and Artaxerxes, so I’m far from done with ancient Persia.

And yes, on the cover Esther looks more Indian than Persian, but never mind…