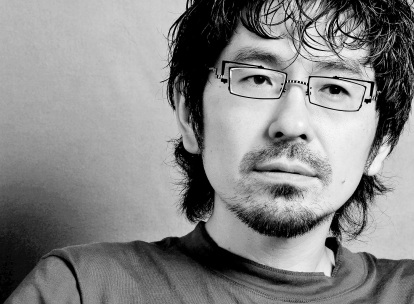 A Slow Boat to China Rmx

This new Japanese novella, published by Pushkin Press in a translation by David Boyd, is an odd beast. I asked to review it as part of my mission to read more from other cultures and because I’ve been generally impressed with the Japanese fiction I have read. The tale of a man wandering in Tokyo on Christmas Eve 2002, pondering the boundaries of the city, the body and the self, it’s a curiously hallucinogenic mix.

Our narrator wanders (apparently aimlessly) through Tokyo, exploring abandoned parks and tracing the city’s perimeter on the metro. There’s an element of the caged animal about his movements: a man rendered powerless by his surroundings. He has never made it out of the sprawling metropolitan district of Tokyo, although he has made three attempts, at three different periods of his life. Each is bound up with the story of one of the women he has loved. As he tells us these stories, we dip into vignettes of the young man’s life – at the ages of ten, nineteen and twenty-six – and follow his increasing struggle for self-direction and self-awareness. Each of these women, in different ways, challenges him to contemplate breaking the boundaries that have kept him penned in Tokyo, and each time Fate intervenes in a different way.

It’s a somewhat meandering story, interspersed with fragments of a chronicle written by the narrator’s friend, which offers further snapshots of what their friendship group was up to at different stages in their lives. Finally there are the narrator’s strange dreams, as he drops off while resting during his Christmas Eve wanderings. In this dream he finds himself trapped in a strange room, unable to see out of a window or to find a door. He’s convinced that, if he can only solve the mystery of where he is, he’ll suddenly be free. But time is running out, and the dream is getting realer all the time…

With stories like this, I find myself dangerously close to becoming a dull, literal-minded reader and asking that pernicious question, “Yes, but what’s it actualy about?” I’m sure that, in asking this, I am actually missing the point entirely, as the novel has the feel of a stream-of-consciousness meditation on life, death, freedom and all manner of profound things. But it does feel rather bewildering. Perhaps it’s easier to understand if you’ve read Haruki Murakami’s short story Slow Boat to China, on which this novella is based, and whose themes it borrows and ‘remixes’. I haven’t, however and, without having that cultural reference to hand, I’m fully aware I’m missing the most significant layer of the novella’s meaning and probably overlooking many important details.

There is something typically Japanese about this novella: its abstract feel, its methodical narrative voice and, I have to add, its obsession with the breasts of its female characters (I used to think this was just Murakami, but perhaps it says something about the culture more broadly). While I found it baffling, I didn’t actually dislike it: it’s short, at 128 pages, and easy to read, thanks to Boyd’s contemporary, chatty translation. Appropriately, for a tale focused on dreams, it shifts and tantalises, half-grasped, its meaning floating ever just out of reach. It’s self-indulgent, shape-shifting, a quicksilver piece of whimsy.