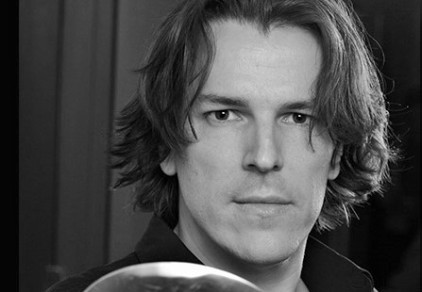 The Greatcoats: Book I

I’ve been saving this book as a treat, because I felt sure it was going to be a sparkler and, while I’m not exactly disappointed, it didn’t turn out to be quite what I was expecting. In many ways it ticks all the boxes of a fantasy-tinged swashbuckler, featuring dashing blades, impossible odds and dastardly nobles. These are all very, very good things. There are times, however, when it seems to lose its way: it shoehorns in a vague quest element and too often uses magic as a convenient way to achieve something, or to get out of a tight spot, rather than an integral part of the world. I can’t help feeling it’d be much more successful without its fantasy elements, as a simple character-driven adventure.

Falcio val Mond and his two friends Kest and Brasti have come down in the world. Not so many years ago, they were core members of the King’s Greatcoasts, a corps of travelling Magisters who dealt out law and justice across the land. Now the King is dead; the land has fallen into lawlessness; and the Greatcoats, who stood down while their King was murdered, have earned themselves the reputation of oathbreakers and traitors. Falcio himself was First Cantor, the leader of the Greatcoats. He gave the order to put up arms, following the king’s command, and thereby led his companions into eternal disrepute. Now the corps is broken and scattered across the realm. Falcio doesn’t even know how many of them are left. Kest is the greatest swordsman in the world: no man can stand against him. Brasti is the finest archer: he never misses. And Falcio is, perhaps, the most just, the most conscience-ridden, the most broken of the three of them. They were legends once. And now they’re working as guards outside a fat merchant’s door while he sports with a prostitute. You could, fairly, say sic transit gloria mundi.

Only it gets worse. Suddenly the three friends find themselves framed for a murder they didn’t commit, with the city guards hot on their heels. Managing to wangle their way into employment as guards for a merchant caravan, they set off north (not quite the way they wanted to go but, hey, that’s life). When they realise their path is taking them to the lawless city of Rijou, they have no idea quite what’s waiting for them, but it’s pretty clear it won’t be good. Finding themselves dragged into the lethal intrigues of the Dukes, who plan to replace the King with a puppet of their own, the former Greatcoats have to decide where their loyalties truly lie. Falcio, in particular, will find his sense of duty tested to the max as he inadvertently becomes responsible for a young noble girl who has a whole host of assassins on her trail – and stumbles across some unwelcome faces from the past.

So far so good. There are spoilers in the following two paragraphs, so you may wish to skip them unless you really like to see me being grumpy. This could easily have been a cast-iron, swashbuckling tale of political intrigue, so I didn’t really understand why we had the more fantastical elements. There was also a lot of world-building left unexplained. Now, I say all this in the knowledge that this is part of a series: perhaps De Castell is throwing us in at the deep end and will add more context in later books. But, for example, how are we meant to understand Gods and Saints? Are they like gods and saints in our own world? Clearly not quite, if the Saints can manifest themselves in human form. Are they simply people, then, who’ve achieved some form of immortality through extraordinary gifts?

Next up. Why do we suddenly need the ‘fey horse’ when an ordinary horse might have served equally well (although I suppose it makes Falcio even more special to have an unearthly horse)? Why do we need magical amulets giving away someone’s position when we could have, for example, a brilliant scout on Falcio’s heels? I think I felt the magical elements could have been replaced with human acts and elements which would have given Falcio a worthy opponent (beyond the power-hungry Duchess) and made the story even more gripping. For the most part I thought Falcio’s devotion to his dead wife was moving and unusual, but then De Castell spoiled it slightly by introducing the healer-prostitute-nun who apparently forces him to bed against his will and who, the next morning, has won his heart to such an extent that he promises to come back for her despite having barely spoken to her? That felt awkward both in terms of the plot and in terms of Falcio’s characterisation, because it made him look far more flighty, insincere and susceptible than I think he really is. Very odd, and not at all convincing. And was I the only one who felt that the final scenes with the Tailor and the charge of the Greatcoats and all of that were a bit muddled and somehow deus ex machina?

Spoilers over. I just found it very hard to decide what rating to give this book. Much of it I loved – the characterisation of the three friends is delightful, with Kest as the paragon of perfection and Brasti as the more sardonic, pragmatic one, and Falcio’s narrative voice is wonderful. I’m not sure whether or not this book falls under the ‘grimdark’ tag – I still haven’t quite figured out what that actually means – but its sequence of fairly sobering events is leavened by Falcio’s world-weary irony. I loved the backstory, especially Falcio’s relationship with the unlikely King Paelis, and I thoroughly enjoyed the fight scenes (De Castell is a swordsman himself, as any Google search reveals). Of course, with three Greatcoats, I couldn’t help drawing parallels with three other famous swordsman, and my considered conclusion is that Kest must be Aramis, Brasti Porthos and Falcio Athos.

I’m going to continue with the series because I enjoy the characters and I like the world, but I hope the plot tightens up just a little bit as we go forward – or at least that magic appears in a slightly less uneven and ‘convenient’ way. Fingers crossed. Has anyone else read the sequence? Do you think it all settles down as we go on?

Oh, and a quick word of praise for the cover artist, who’s come up with a striking and immediately recognisable design for the series.