This spring, Hampstead Garden Opera are trying something new: their first Italian opera staged in the original language rather than English translation. The opera in question is Poppea, a perennial favourite of mine. Who could resist this blend of scheming, sexual abandon, murder and imperial arrogance? Certainly not me. Presented on a stripped-back set, this production focuses the attention firmly on the two women, Ottavia and Poppea, competing for the heart of Rome’s indolent, decadent emperor. With sterling support from Musica Poetica, under the baton of Oliver John Ruthven, and a number of exciting voices to add to my watchlist, it was a thoroughly enjoyable afternoon out.

This is the fifth Poppea I’ve written about on the blog and so I doubt I need to go into any great detail about the plot. Suffice it to say that, when you’re the ruler of the world, tiny matters like morality and prudence no longer seem that relevant. If the emperor desires a woman, he takes her, and anyone who gets in his way – from his existing, neglected wife to his disapproving tutor – must suffer the consequences. It’s a timeless theme and most of the productions I’ve seen, like HGO’s, give the opera a broadly contemporary setting. The staging at Jackson’s Lane Theatre was reduced to its essentials: a couch here, a stool there, the action playing out against black-painted brick walls. At the back of the stage, a series of doorways screened with blinds could be used for entrances and exits, or for eavesdropping; while, with all the blinds raised, the structure made a fine colonnade. This was one of the few concessions to the classical setting, in a production characterised by its darkness, both aesthetically and morally.

I hadn’t heard a single member of the cast before, so came with an open mind ready to enjoy myself. And I was treated, generally speaking, to the strongest cast I’ve yet seen in one of HGO’s productions. Yes, it’s true, the Italian pronunciation caused some problems for certain members of the cast, which further rehearsal might have ironed out, but vocally I thought everyone was very impressive. The real stand-out for me was Eira Sjaastad-Huse’s Ottavia, whose deep, powerful voice brought clout to a character I usually find rather dull.

Sjaastad-Huse’s acting also underlined the fact that Ottavia is not, as sometimes played, a purely wronged, virtuous figure. On the contrary, she’s driven to such heights of jealousy that she browbeats Ottone into becoming an assassin, threatening him with accusations of rape if he refuses. In this production, no one is free of vice. Half-febrile, half-fury, this Ottavia seemed to have absorbed a few choice lessons about how to survive in the Julio-Claudian snakepit. I thought Sjaastad-Huse sometimes relied overmuch on wide, staring eyes to make her dramatic point, because Jackson’s Lane is a small enough theatre that one can be much more understated. But my overriding memory of her will be that smoky, burnished-bronze voice. Wow.

Competing with Ottavia in the reject stakes is Ottone, Poppea’s ex-lover who finds himself thrown over in the cruellest way possible. He comes to serenade his mistress after some time away from Rome, only to find that the emperor has smoothly taken his place. As you may remember, I have little time for Ottone as a character – he is the prince of wet blankets – but I was impressed by Collin Shay’s warm, strong alto. Steering clear of the reedy heights that afflict many would-be sopranists, he offered a vocally robust Ottone, even if his acting featured more of that wide-eyed staring, which can be rather disconcerting when you’re sitting in the second row.

His clean-cut Drusilla was Jenni Harper, a sweet girl-next-door type, who warmed with alarming alacrity to the idea of murdering the emperor’s bit of stuff. Unfortunately for Harper, her role had been trimmed: this production cuts back on our scenes with Ottavia’s household, so that the Nurse is entirely excised, and the only members of the Empress’s train are Drusilla, Valletto (Helen May) and the Damigella (Angelica Conner). Mind you, May made up for this with a terrifically bolshy, punky, cocksure performance as Valletto (a tad overacted, but an amusing caricature of a roosterish teenage boy).

Benjamin Schilperoort made an imposing Seneca, both physically and vocally, his bass rich and strong. I confess Seneca is another character I find it hard to care about (villains are just so much more fun). However, Schilperoort gave the role real pathos in his death scene, visibly wavering between stoicism and reluctance, until the lights faded and left him silhouetted, kneeling before his basin of water. And this Seneca, like Ottavia, isn’t quite the colourless moral exemplar: pride is his undoing.

The other smaller roles were performed well, with much doubling-up due to the small cast: William Branston deserves praise for gamely embodying various members of the Roman court: a guard; a messenger; the poet Lucano; and one of Seneca’s famigliari. I should note that the singing contest was exceedingly well-behaved, and Branston’s Lucano seemed eager to get away as soon as he could – no doubt aware of Nerone’s cruel streak. Applause also to Stephanie Wake-Edwards, who sang both Arnalta and two of Seneca’s famigliari, switching for the latter between her gorgeously deep contralto and a higher register. Every time she came on, I was amazed again by her timbre and I’d love to see her in a larger role one day.

But what of our debauched protagonists? I spent much of the performance trying to figure out the angle it was taking on Nerone. It seems to me that one has to have an angle: is he young and exploited, dangerously calculating, naive and petulant, or the kind of spiteful princeling who likes pulling the wings off flies? I couldn’t make up my mind with Leslie Davis’s Nerone. This emperor was in control of his relationship with his kittenish Poppea, yet given to childish flares of petulance when denied (I was especially struck this time by the way he snaps at Seneca: ‘I want this my way!’). And yet there was something very nasty hiding beneath the surface: only witness the Pur ti miro, where Poppea’s moment of triumph is transmuted into outright fear as she realises that now no one can protect her from Nerone’s tender mercies.

Vocally mellifluous, Davis didn’t quite convince as a man (nor did May’s Valletto, although I’m not sure s/he was meant to); there was slightly too much reliance on striding around with hands in pockets, and maybe not enough focus on stance. But, crucially, she had fine chemistry with her Poppea.

A production of Poppea is made or broken by its leading lady, and Clara Fournillier had all the qualities needed for the role: a soprano bright and languid by turn; strong emotional engagement with her character; and, less canonically, the ability to look good in a black silk negligee (I suspect the gentlemen in the audience were charmed). Seriously, though, she gave us a Poppea who was still very young, still a spoiled girl. This child-woman is intoxicated by the idea of power and is willing to brave the unpredictable temper of her emperor in order to get it, marshalling all her seductive abilities in order to push him past the point of no return. Only too late, we see, does she realise the Faustian pact she’s made. In Pur ti miro, Fournillier sang the words with a dawning expression of horror as her new husband knelt behind her, his hands proprietorially on her shoulders – scarily close to her throat. Subtly and cleverly done.

So yes, another very commendable opera from HGO, and I hope they continue to present works in their original languages. I was impressed by Musica Poetica and hope to hear them again, and shall be keeping a sharp eye out for further performances by all the cast, but by Sjaastad-Huse, Shay and Wake-Edwards in particular. The opera is being performed at Jackson’s Lane Theatre in Highgate until 21 May, so head along if you can and support these young performers, many of whom, despite their talent, are still students. Hopefully we’ll see much more of all of them in the seasons to come.

I now find myself scrolling through the several versions of Pur ti miro that I have on my computer, trying to decide which I like best. It really does pay to get complementary voice types: of those I have, the pairings of Philippe Jaroussky and Nuria Rial, and Max Cencic and Sonya Yoncheva seem to work best. Having said that, I still have a certain fondness for the Jaroussky-Danielle de Niese version, which was the first Poppea I saw (on DVD) and which left me scratching my head, wondering what the hell this Baroque lark was all about. Strange to think that was only a couple of years ago… 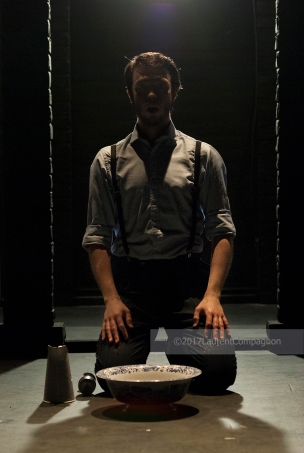