When a friend asked if I wanted to see Monteverdi’s Poppea at the Barbican on Saturday, I said yes immediately. Poppea is a landmark in the history of opera: the first to weave a story around historical characters rather than myths or saints. I’ve only seen one production so far: the version directed by William Christie, with Philippe Jaroussky as Nerone, Danielle de Niese as Poppea and Max Cencic as Ottone. I haven’t written about it yet because I’ve been biding my time until I felt I had a better understanding of it; and this semi-staged version at the Barbican was the perfect way to put the Jaroussky version into context. Its abiding legacy will be a couple of extremely strong performances which I can use as a benchmark in the future.

To summarise the plot, very briefly: the emperor Nerone (Nero) is infatuated with his mistress Poppea and plans to set aside his wife, Ottavia, to raise Poppea to the imperial throne. Ottavia, indignant and ashamed, tries to rise above the insult but finds that her patrician calm is deserting her. She can’t even find comfort in the stoic advice of Nerone’s former tutor, the philosopher Seneca, who believes that solid virtue will outlast transient passion. When Seneca tries to reason with Nerone, advising him against the unwise match with Poppea, Nerone snaps; and when the calculating Poppea tells him that Seneca has been boasting of his influence over the emperor, Nerone orders the philosopher to commit suicide. Freed from the shadow of Roman virtue and the last shreds of conscience, the emperor can turn to Poppea and finally indulge his greatest wish.

But Ottavia refuses to be renounced so quickly. She summons the noble Ottone, Poppea’s thwarted lover, who is cast into despair at being passed over for Nerone, and demands that he disguise himself and murder Poppea. Ottone dutifully borrows the clothes of Drusilla, who has a soft spot for him; but when his assassination fails and he’s spotted running away, he is mistaken for Drusilla and she is arrested by Nerone’s guards. Ottone must decide whether to pursue his fixation with Poppea, or to turn to the woman who loves him; and Nerone can finally raise his beloved to rule by his side. The opera ends with a glorious romantic duet. (It’s almost possible to forget that Nero battered Poppea to death in a psychotic rage three years later; but as ever, that’s an example of historical truth intruding on the rose-tinted world of operatic truth.)

I usually prefer to talk about the main roles last, but I was so impressed with Sarah Connolly’s Nerone that I have to begin with her. She dominated the performance for me. Her voice was rich and dusky, with high notes that hinted at the power that could be unleashed in an opera seria aria (so I snaffled her 2006 Handel album as soon as I got home). That fine voice was coupled with a remarkable presence: she commanded my attention every time she was on stage, even when she wasn’t singing. I’ll be frank: initially, even having seen Alice Coote’s Xerxes, I’d thought it’d be odd to have a woman playing Nerone… but that didn’t turn out to be a problem. In fact I forgot pretty quickly that Connolly was a woman: a leap I never quite made with Coote. 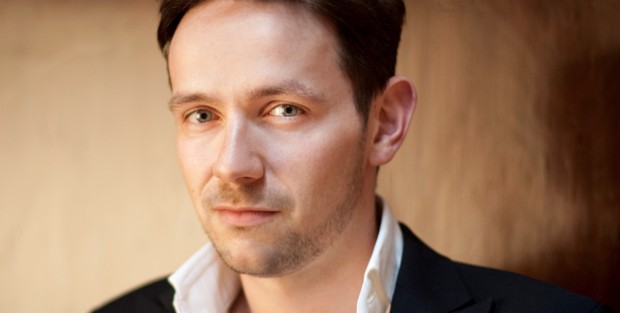 This Nerone was tall, lithe and loose-limbed, prowling around in a dishevelled dinner jacket and bow tie like an errant member of the Bullingdon Club: by turns self-controlled, seductive and petulant. This is a man used to getting what he wants, and the only person who threatens to deny him is his former tutor Seneca, who persists in seeing the emperor as a mere spoiled boy, over whom he can still exercise some influence. He can’t, of course. The boy is lost and the man – addicted to pleasure and power – is out of Seneca’s control, a fact that proves to be his ruin. Since much of Connolly’s physical presence came from her height, I was struck by the scene in which Nerone and Seneca argue over the emperor’s plan to renounce Ottavia. By juxtaposing Connolly at close quarters with Matthew Rose’s towering, stentorian Seneca, we see for a moment that Nerone loses his impact. He’s physically and morally overshadowed by his old tutor, reduced again to the stature of a child. Here, I felt it was this implicit reminder of Seneca’s authority, as much as the philosopher’s ethical obstinacy, that fuels Nerone’s rage.

The funny thing was that I hadn’t gone intending to focus on Connolly at all. I’d been looking forward to seeing Iestyn Davies as Ottone, as an appetiser for his performance in Farinelli and the King next year. He proved to be wonderful, with a light, warm and supple voice and, equally importantly for my purposes, he was an instinctive and excellent actor. With many of the singers I’ve seen (yes, even some of my favourites), I get the impression that the acting creates a setting for the singing. With Davies, the singing is part of the acting and vice versa: he’s going to be very good in an intimate space like the Sam Wanamaker Playhouse and, though I was excited about Farinelli already, I’m even more so now. Other standouts for me in the cast were Rose’s Seneca, who managed to be dignified without being pompous (and who reminded me, rather disconcertingly, of my tutor at college); Daniela Lehner’s sparky dual role as Amore and the Damigella; and Andrew Tortise’s brilliant Arnalta, who came across as Widow Twankey’s game younger sister. Marina di Liso made an elegant, restrained and magisterial Ottavia, glittering in a flowing green gown and conveying the sidelined empress’s bitterness in beautifully mellifluous tones.

For me, the one role which didn’t work so well (and I’m not the only one) was Poppea. We must put it in perspective, though. Lynne Dawson graciously stepped in at a very late stage to fill the shoes of Anna Caterina Antonacci, so we must pay tribute to her for that. I thought her singing per se was good: she had rich, full high notes and I particularly enjoyed the aria when she arrives at the palace to remind Nerone of their night together. And even the final Pur ti miro sounded lovely, to my ears: two well-matched voices twining in and around one another. It was very restrained, compared to some of the versions out there (yes, Max Cencic, I’m looking at you), but that gave it a dignity and poise that almost redeemed the marriage of these two amoral people. The acting, as opposed to the singing, didn’t work quite so well for me. Dawson simply isn’t Poppea. Admittedly, I’m comparing her to Danielle de Niese, who spent most of the DVD sprawling over the stage, but she didn’t have the sensuality or voluptuousness to carry off the role. I feel bad using this word, but she was a bit too matronly to convince as a sexy young flibbertigibbet. As others have already said, there unfortunately just wasn’t much chemistry between her and Connolly’s Nerone. I would be so interested to see what a Pur ti miro between Connolly and de Niese would be like.

But, with a reduced spark between Nerone and Poppea, the pressure fell heavily on the singing contest scene. In the wake of the Jaroussky version, I was interested to see how this production would approach it, and was surprised to find a staging which almost rivalled the DVD for raciness and gusto. It’s a splendid duet in any case and here Connolly’s voice was beautifully set off by Elmar Gilbertsson’s resonant tenor. There was a slight shuffling of scenes, which meant that Nerone and Lucano were already on stage, watching, as Seneca walked off proudly through clouds of smoke to his death, which gave an extra charge to the contrast between his dignity and their debauchery. Already psyched up by news of Seneca’s death, Nerone revels in an exuberant catalogue of Poppea’s charms, competing with Lucano (his court poet) to see who can do greatest justice to her sensual delights. But such talk raises the blood; and this production used the languid, breathless music to underpin a scene of increasingly feverish grappling, which ends on the floor with the emperor abandoning himself to what Lucano calls ‘l’estasi d’amor‘. It’s not what you expect from a 17th-century opera, and it certainly galvanised some of the audience, who seemed to have been lulled into a well-mannered daze during the first half.

I should mention that the production was semi-staged, which meant that it was acted but there simply wasn’t much set-dressing, and the costumes were fairly basic; but at least there were costumes, which helped me to lose myself in the story. It all worked well, although of course I’d always prefer a full-blown flamboyant setting, and I rather liked the way the orchestra was set in the middle of the stage (violins, two theorbos and no fewer than three harpsichords) and the singers moved around it. The sound wasn’t always perfect: the Barbican hall is a massive space and it’s clad in wood, which doesn’t always seem to be the best way of amplifying voices; but luckily we were in good seats not far from the stage, so we didn’t suffer too much.

My experience with Poppea goes to show how important it is to watch something more than once. After watching the Jaroussky DVD I was completely baffled as to what people saw in this opera, and the music sounded entirely alien set against Artaserse, which was my only comparison at the time. Now, however, I begin to see the marvel in it – especially the two gorgeous, sensuous duets – and I also begin to see how much the design and staging of a production can change its message. I’m thrilled to see that there’s a DVD of the Poppea that was staged in Barcelona, so I can get another fix of Connolly as Nerone; and I’m very probably going to end up caving in and getting the DVD with Cencic as Nerone and Sonia Yoncheva as Poppea as well, just to get a rounded picture of the different approaches.

For another point of view on the show, see Dehggial’s post here.

P.S. In further proof that there is a fandom for everything nowadays, I have to share this with you: Sarah Connolly fanart, showing her in the roles of Nerone and Agrippina. Brilliant.

P.P.S. To conclude, I have no choice but to share more evidence of Sarah Connolly being totally awesome. As you will probably know, the Last Night of the Proms is an annual concert, broadcast from the Royal Albert Hall, when everyone gets together, waves flags and sings patriotic songs. Each year a notable singer, usually a soprano, is asked to take the lead for Rule Britannia. I discovered this little gem on YouTube. Most girls, asked to lead the nation in one of our most patriotic anthems, would dig a fabulous evening dress out of the wardrobe. Sarah Connolly, God bless her, turns up dressed as Nelson. With full regalia. Including a sword which turns into a flag. There are no words for how wonderful this is. Watch and marvel. 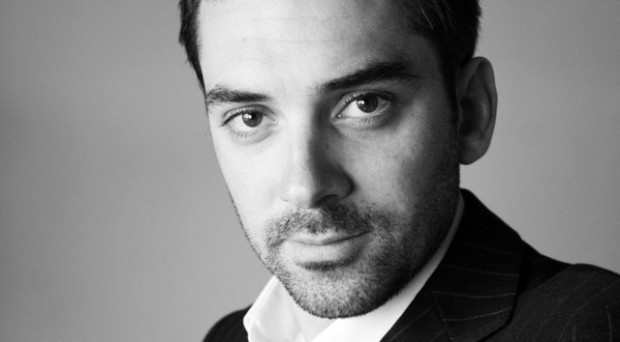