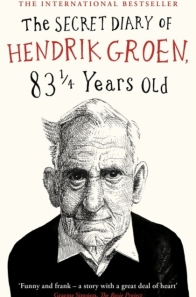 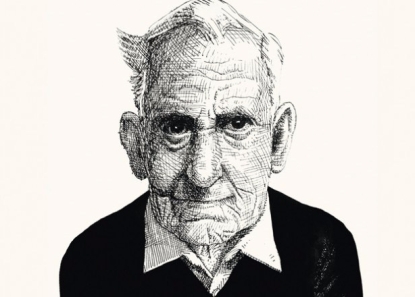 Hendrik Groen is 83¼ and lives in a care home in North Amsterdam, but he’s determined not to go gently into that good night. In January 2013 he decides to keep a diary as a way to fight back against the stultifying existence imposed upon him by the director and staff of the home. He firmly believes there’s more to life than having one’s ‘own’ chair in the communal living room; that conversation should be about more than aches and pains; and that the older generation deserves to be given its moment in the limelight. With wit, warmth and poignancy, Groen charts a remarkable year in which he makes new friends, embarks on political intrigue, begins ripping up the road in his new mobility scooter, develops a tendresse for an elegant new arrival and, most importantly, founds the revolutionary Old But Not Dead Club.

Groen is a bit like Elena Ferrante: the name is a pseudonym and apparently the Dutch press have been tying themselves in knots, speculating who could be behind it. Is Groen really a sharp-eyed wit in his eighties? Or is he from a younger generation, using a senior persona as a way to make amusing but ultimately serious points about the way we treat our old-age pensioners? The book is marketed as fiction and it feels crafted, in that Groen just happens to start his diary in what will become a very eventful year for him. At the end of the day, though, does it matter? What counts is the quality of the story and Groen is an appealing companion: acerbic and vulnerable by turn, as he negotiates the opportunities and challenges that come with being of a certain age.

Anyone who’s visited grandparents in an old people’s home will be able to picture the world in which Groen lives. His fellow residents are creatures of habit; self-obsessed; suspicious of anyone not white, straight and Dutch; driven to extremes of fury by changes to the dinner hour, or a new kind of biscuit offered at teatime, but blissfully unconcerned by the war in Syria, natural disasters or cutting-edge politics. For Groen, an intelligent man, such navel-gazing is unbearable. Fortunately, he’s not alone in yearning for something beyond the walls of the home. And thus the Old But Not Dead Club comes into being: an exclusive gathering of sophisticated, adventurous ladies and gentlemen who are committed to expanding their horizons and making the most of their time. Every fortnight, one of them takes on the responsibility for organising an adventure for the whole Club to enjoy. The only limit is their imagination (and accessibility for mobility scooters and wheelchairs, plus easy access to the facilities, of course). It leads to a magnificent adventure, which suddenly opens up a new perspective on life and provides Groen, to his surprise and gratitude, with a close-knit gang of friends.

To some extent, this is an old-age romp along the lines of (though more believable than) The Hundred-Year-Old-Man Who Climbed out of the Window and Disappeared. Where it differs is that this is also a quiet, understated meditation on the true sorrows of getting old. Unlike some of his neighbours, Groen is practically tight-lipped about his former life but, as we go along, we begin to learn some of the sorrows that nestle in his past. And any story in which the core group of friends is in their mid-eighties necessarily has its fair share of tragedy and misfortune. It also serves as a very strong argument against the cost-cutting to care homes, which leaves residents treated like children and rips away what little dignity they have left. The villain of the piece is certainly the director, whose reaction to any innovation or fun is to discover a rule that forbids it on the grounds of health and safety. It’s a grim assessment of our care industry, and all too recognisable for anyone who’s been to a British nursing home in recent years; but it’s also, crucially, a celebration of the stubbornness and spirit of human nature.

The lovely thing about this book is that adventure and tragedy are woven together in such a way as to create a really engaging story. Groen is the grandfather we all wish we could have had, even if he may not – technically – exist. This tale warms the heart and leaves you longing to know more about the characters – and I hear that Groen has favoured his publisher with a follow-up diary, so we might not have long to wait. In the meantime, seek this one out. Touching, thought-provoking and very funny, it might make you see your own aged relatives in a new light.