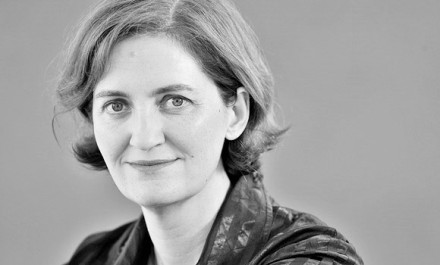 When those we love are gone, how do we find out who they really were? Retired scientist Noah Selvaggio has decided to celebrate his eightieth birthday with a trip to Nice, the hometown that he last saw at the age of four, when his mother saw him off on a ship to America. He imagines a comfortable holiday full of good food, art and beautiful views, but his plans are rattled by two intrusions into his orderly life. The first is a pack of strange photographs found among his late sister’s papers: an apparently inconsequential group of images taken by his mother in Nice before she followed Noah and his father to America. What do they mean? And the second intrusion? The arrival of eleven-year-old Michael, Noah’s suspicious and isolated great-nephew, for whom he must act as temporary guardian. This is, at least partly, a heart-warming tale of two people learning to connect, but it’s also a story about connections to the past and how, with only a few shifts of focus, the same pieces of evidence can come to mean very different things.

Noah is shocked when he gets the call from social services. He knew that his late nephew Victor had had a child, but even his sister Fernande (Victor’s mother) only saw the baby a couple of times. The estrangement between Victor and his parents – the tragic result of a golden boy gone wrong: a descent into drugs and crime, and, finally, an overdose – has left a deep gulf in the family. Noah can’t believe that he is really the only ‘kin’ capable of caring for Michael. But it’s true. Victor is dead; Michael’s mother, Amber, is in jail serving a term for possession of drugs (which may or may not have been Victor’s); and Amber’s strict mother, who devoted her life to keeping Michael safe and off the streets, has just passed away. Noah is the only thing that stands between Michael and a temporary spell in a foster home. Determined to stop Michael following in his father’s footsteps, Noah must step in, but how is an elderly research scientist with an apartment on the Upper West Side going to gel with a spiky kid who grew up in one of the dodgiest parts of Brooklyn? And don’t even mention that trip to Nice. How on earth is Noah going to savour his childhood memories when he’s got a grumpy adolescent trailing behind him, glued to the cracked screen of a phone, refusing to drink anything but Coke and utterly resistant to any form of culture?

By going back to Nice, Noah hopes to make sense of his past. He wants to see the streets immortalised by his grandfather, a celebrated photographer (known by the pseudonym Père Sonne), and he wants to seek out the local delicacies he remembers eating as a small boy. But, most of all, he wants to understand what happened to his mother Margot. Why did she remain behind when her husband, in 1940, and then her young son, in 1942, headed to safety in the USA? Did she feel obliged to care for the domineering Père Sonne, by then elderly and in ill health? Or did she stay behind for another reason? Noah is particularly troubled by one of Margot’s photographs, which shows a smiling little boy. Who is the child? And who are the strangers in Margot’s other pictures – the dandy with a cane; the woman seen from behind? Were they her friends? Or is there a more sinister explanation? As Noah tries to piece together the few clues that he has, he finds himself questioning his comfortable assumptions about his mother; and, as he revises his view of his own family, he also begins to question his conclusions about Victor, Michael’s tragic father. Noah’s holiday may not be all it was cracked up to be, but it might just prove to be the kind of catharsis that both he and his wounded, bristling young companion need.

Noah isn’t grumpy enough for us to compare this to A Man Called Ove, or rickety enough to be classed alongside The Secret Diary of Hendrik Groen or The Hundred-Year-Old Man, but the central dynamic between youth and age does bring books of that ilk to mind. Like the authors of those novels, Donoghue excels in creating characters who aren’t types but utterly convincing individuals: Michael is the kind of kid who sets out to provoke, because it’s the only kind of power he has to control the world around him, brazening it out with a mixture of desperate bravado and fiercely-hidden vulnerability. For his part, Noah is trying to be patient, trying to do his best, in an attempt to make amends for his lack of involvement in Victor’s life. But he simply doesn’t have the firmness or flair of Michael’s redoubtable late grandmother, and as anyone would, when suddenly faced with a taciturn child to look after, he flounders. As the two of them struggle to adjust to their new roles, Nice sprawls elegantly around them, a character in its own right, and an alluring one too, for a reader stuck in the damp days of an early British summer.

Even on the sunny Riviera, though, there are shadows. Noah’s research into Margot’s wartime experiences illuminates the dark history of Nice under Nazi occupation, and there are also mentions of more recent tensions and tragedies, such as the terrorist attack on the Promenade in 2016. Nothing is as simple or straightforward as it seems. And, as usual in Donoghue’s novels, the story is built around a core of fact. The Marcel Network did exist, as did the courageous Moussa Abadi and Odette Rosenstock, although I’m embarrassed to say that I hadn’t heard of it or them before.

Personally, I think I prefer Donoghue’s vivid historical fiction to her novels set in the present day, but that’s just my own preference and doesn’t reflect any difference in quality. Akin is a gentle and compassionate exploration of family life in all its forms, and I was particularly fond of Noah, as a well-written and well-rounded older protagonist. I’m excited to see that Donoghue has published another novel since Akin – The Pull of the Stars – so I hope to get round to that soon.