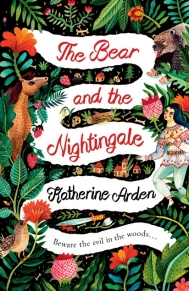 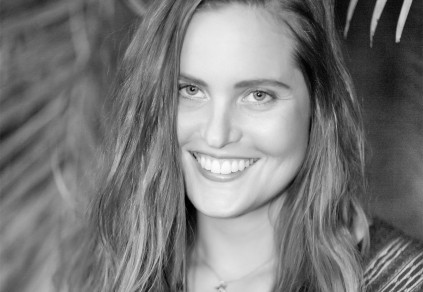 This book is made to be read in the long winter nights as the year creeps towards its end. Set in the snowbound forests of northern Russia in the 14th century, it’s a fairy tale for those who haven’t lost their sense of wonder: a brooding story of frost and darkness, of endless black forests and the powers that lie within. And it’s a tale of conflict, between the old, primeval world of nature’s power in the here and now, and the new world of Christianity with its gold, glamour and focus on the life hereafter. Into this uneasy world comes Vasilisa Petrovna, half-wild, passionate and blessed with a growing power of her own. Magical and enchanting, this is one book I found extremely hard to put down.

It starts with a fairy tale, told on a dark winter’s night to the children of the boyar Pyotr Vladimirovich by their nurse Dunya. As the wind howls outside, she tells them of the good girl who is sent into the forest by her wicked stepmother, who braves the embrace of the frost-demon Morozko and returns home with a prince’s ransom for her dowry. It is much more than a story: it’s a fading memory of how things once were. And, for Pyotr Vladimirovich’s frail wife Marina, it’s a foreshadowing; for she is with child again. Marina has old blood within her veins: her mother is said to have ridden out of the darkness of the northern forests and captivated the heart of Ivan Kalita, Grand Duke of Moscow. And, while Marina herself is weak with winter privation, she believes that the child in her womb will be unlike any of her other children – that she will be born with gifts similar to those of Marina’s dazzling, mysterious mother. And so, in the autumn of the year, the child Vasilisa Petrovna is born and Marina dies: the first sacrifice.

The world into which Vasilisa – or Vasya – is born felt very foreign to me. It would have seemed magical in its exoticism even without the elements of folklore made flesh. At this date Russia hasn’t yet formed: this is Rus’, a loose confederation of peoples who pay tribute to the Khan of the Golden Horde. Moscow is little more than a small wooden town, despite the golden domes of the Kremlin’s churches. Power lies in the khan’s seat at Sarai and in the leading Rus’ city of Vladimir. Though Pyotr Vladmirovich is a boyar, his family’s life is simple: the tomboyish Vasya roams the fields and forests of their estate at Leshnaya Zemlya. She chats with the strange creatures she finds there, whom no one but she is able to see – the rusalka who lingers in the reeds; the leshy who guards the forests – and at home, she and her siblings leave offerings for the spirits who guard their hearth and stables. And so they prosper: but then everything changes.

Pyotr Vladimirovich decides to marry again, so that his motherless daughter can be tamed, and travels to the Grand Duke in Moscow to put forward his case. When he returns home, he comes with a new wife – the Grand Duke’s own fragile, devout daughter Anna Ivanovna – and with a new chaplain for the estate – the charismatic and beautiful priest Konstantin Nikonovich. Anna believes that she sees demons and is desperate to be cured; Konstantin is determined to wipe out the pagan rituals that still cling on in the distant corners of the country. And so, under his guidance, the villagers of Leshnaya Zemlya begin to stop their offerings to the house-spirits. They turn instead to God: to the hope of salvation, rather than the hope of survival. But it is a bad time for the house-spirits to weaken; for, deep in the forests, something ancient and dark and powerful is stirring, and the bleakest of Dunya’s fairy tales are about to take on flesh again.

This is a gorgeous story, with a brave, pragmatic heroine and a plot that kept me reading ‘just one more chapter’ before I put the book down. Arden has gathered a rich store of Slavic folklore and turned it into a gripping tale that taps deep into our ancestral fears and beliefs, and makes the world around us seem strange again. She writes with the authority of a born storyteller and her prose is masterfully lyrical, peppered with Russian words which bring out the exotic quality of her setting. Definitely best read curled up in a blanket on a dark night, with the rain lashing against the windows and the wind howling outside. Very highly recommended.

6 thoughts on “The Bear and the Nightingale (2017): Katherine Arden”