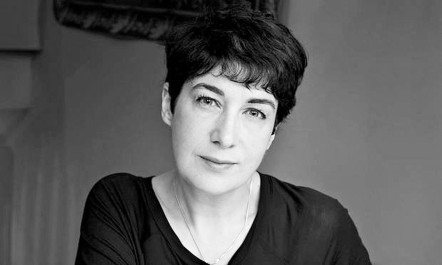 For five years, Juliette has lived in peaceful isolation at the convent of Sainte Marie-de-la-Mer, on the island of Noirs Moustiers (modern Noirmoutier) in eastern France. Within the abbey walls, she has reinvented herself as Soeur Auguste, a young widow who has sought sanctuary with her little girl Fleur. None of her sisters knows her true identity. But others do, and Fate – or God – works in mysterious ways. When the old Abbess dies, her replacement arrives with a confessor in tow: a glamorous, silver-tongued, charismatic man who Juliette knows, only too well. Against her will, she finds herself being drawn back into a dangerous game she thought she’d escaped long ago… for her dark nemesis is a gambler and this time he is prepared to play with sanity, faith and even lives at stake.

Until The Gospel of Loki, I’d only read one book by Harris – the ubiquitous Chocolat – and that was long enough ago that I don’t remember it well. From what I do recall, there are common themes with Holy Fools: for example, the suspicion caused by new arrivals in closed communities; hints of benign herbal magic; and the links between mothers and daughters, women and men. Yet there are obvious differences. Holy Fools takes place at the very dawn of the 17th century, most of its action unfolding in the year 1610, against the backdrop of Henri IV’s assassination and the accession of his boy-heir Louis XIII. The ramifications of the regency, and its political instability, are felt even as far away as Noirs Moustiers and this simmering sense of alarm forms the context for the smaller-scale story of power, exploitation and credulity within the convent walls.

The convent’s new Abbess couldn’t be more different from her practical and generous predecessor. For a start, Mère Isabelle is a mere child, only twelve years old, the scion of an ambitious family and already cursed with remarkable pride. In any circumstances, she’d have been unable to control the delicate balance of grudges, rivalries and egos which make up the world of her new realm. But she’s also captivated by her confessor – and she’s not the only one. As the self-christened Père Columbin weaves his spell over his audience of frustrated and neglected women, he lights a spark in virtually every one of them. But not Juliette. She remembers ‘Columbin’ of old and he’s no more a priest than she is, for all that she grudgingly admires his quicksilver charlatan’s tongue. But she’s also troubled. For Guy LeMerle is shrewd and ruthless. He has betrayed Juliette once too often in the past, and she knows he does nothing without a reason. But what could a man of his quick wits want with a dilapidated abbey in the middle of nowhere, and a flock of febrile, attention-starved women?

Harris swaps the narration between Juliette and LeMerle, both writing in first-person, their chapters marked respectively by two playing-card suits: the heart and the spade (referring not only to LeMerle’s noted talents as a gambler, but also to Juliette’s own skill in reading the Tarot). I found that this worked rather well: LeMerle’s narrative voice is arrogant, charming and sly (not a million miles away from Harris’s Loki), and there’s never any doubt who’s speaking to us at any given time. Juliette has the bulk of the narration, though, and through her eyes Harris shows us the volatile nature of convent life, where lack of external stimulation can lead all too easily to physical and mental frailty. Speaking of that, there are unavoidable echoes of The Devils, although Harris’s novel is gentler and slightly cosier, never quite going to the disturbing extremes of Russell’s film. Yet she ramps up the tension towards the end, as LeMerle’s plan races towards fruition, and I found myself hurrying through the last few chapters to see whether the charlatan would be caught out at last.

This is an enjoyable novel, although I felt that its various coincidences demand some suspension of disbelief at times, and the grand finale with the bishop felt a little bit like a damp squib. Nevertheless, Harris clearly has a warm affection for France, its people and its history, and she makes her world thoroughly convincing. As her novel moves from the romance of the commedia dell’arte to the stifled world of the convent, it certainly keeps you turning the pages.

Now, which other books by Harris would you recommend? I’m quite tempted by her ‘public school’ novels next (Gentlemen & Players et al.), but has she written any other novels set further back in history?