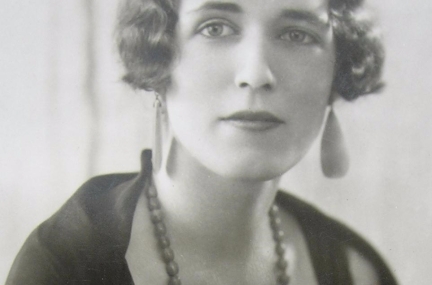 With Christmas looming on the horizon like a bedizened juggernaut, it’s time for some literary self-indulgence. Fortunately, Georgette Heyer was on hand with this lightweight, farcical and extremely silly Regency novel. It all begins with a meeting in the common room of a small country inn. Sir Gareth Ludlow is a debonair gentleman on his way to propose marriage to his old friend Hester. The unworldly Amanda ‘Smith’ is a teenage runaway with a head full of romantic novels, an overactive imagination and a habit of telling terrific fibs. Now, you may have jumped to certain conclusions on reading that, but it isn’t quite what you think. It’s all jolly good fun, even if it does descend further into absurdity than most of Heyer’s novels.

When Sir Gareth encounters Amanda, he immediately suspects that she’s up to mischief. In fact, he supposes she’s eloping. The truth, however, turns out to be far more complex, for Amanda has a cunning plan. Faced with her grandfather’s disapproval of her chosen beau, she has decided to go into hiding, thereby forcing him to agree to her marriage in order to get her back. Furnished with two band-boxes, a sprig-muslin gown and a straw hat, she plans to become a chambermaid or dairymaid or some such picturesque occupation. Sir Gareth, who is rather more practical at the advanced age of thirty-five, can see that this flibbertigibbet won’t last a minute out in the big, bad world. And so he does what any man of honour would do, and takes the friendless child under his wing. He will protect her, and get her home to her grandfather as soon as possible.

Unfortunately, Amanda refuses to tell Sir Gareth her real surname. Furthermore, she has an irritating habit of trying to escape from him in order to fulfil her romantic destiny. In exasperation, Sir Gareth takes her along with him to Hester’s house – where his arrival in the company of a very young and very pretty girl ruffles predictable feathers. As Hester’s rather slimy uncle develops an interest in the nubile Amanda, Sir Gareth tries to come up with a workable plan to save the girl from ruining her reputation, while getting her out of his hair as soon as possible. His noble efforts are derailed by an increasingly surreal sequence of events, involving escapes, abductions, kittens, fake highwaymen and more dreamy, unrealistic teenagers than one man can reasonably be expected to deal with.

There’s no doubt that this is a riot, but it isn’t one of Heyer’s best precisely because it is so over-the-top. Furthermore, the characters aren’t quite developed enough to be plausible, especially the women (and that’s a surprise, because so many of Heyer’s heroines are smart and shrewd rather than simply shrewish, as Amanda frequently was here). Sir Gareth is a veritable parfait knight; Amanda an incorrigible goose; and Hester is so very self-effacing that I had no mental image of her whatsoever, except a conviction that she probably wears a lot of grey. The ending is abrupt and rather unsatisfactory, and seemed to have been shoehorned in.

Not as wonderful as Sylvester, therefore, but a perfectly good call if you really don’t want to have to think and simply desire a taste of something frivolous and flippant.