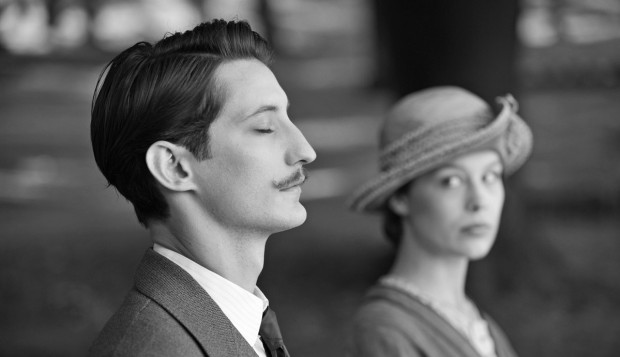 Anna’s life has ended before it’s even begun. Like so many young men from her small German town, her fiancé Frantz never came home from the war. Widowed without ever having been a wife, she lives with his bereaved parents, two good old people who love her like their own daughter. Every day she goes to tend Frantz’s grave in the cemetery – an empty grave, for his body was never identified – and it’s here, one day, that she sees a stranger standing in front of Frantz’s headstone. A tall young man, who leaves a flower on Frantz’s grave and walks away with tears in his eyes. Anna is intrigued. Who is this young man? How does he know Frantz? And can he give them any of the answers they so desperately seek? With the emotional intensity of a chamber piece, this film is a very moving meditation on grief, loss, guilt and learning to live again.

Anna (Paula Beer) manages to corner the young stranger (Pierre Niney), who introduces himself as Adrien, from Paris. He seems bewildered and anxious, but agrees to let her take him home to introduce him to Frantz’s parents. His reception is mixed. Frantz’s father, Dr Hoffmeister (Ernst Stötzner) is so traumatised by his son’s loss that he can hardly bear to speak to a Frenchman, a representative of the race that killed him. But Frantz’s mother Magda (Marie Gruber) is softer, kinder. In Adrien, she sees a boy not so very different from her own son: a boy who has gone through hell and out the other side, and who has bravely come to Germany to pay tribute to Frantz. The Hoffmeisters welcome Adrien into their home and, as he begins to speak of Frantz, even Dr Hoffmeister begins to unbend. 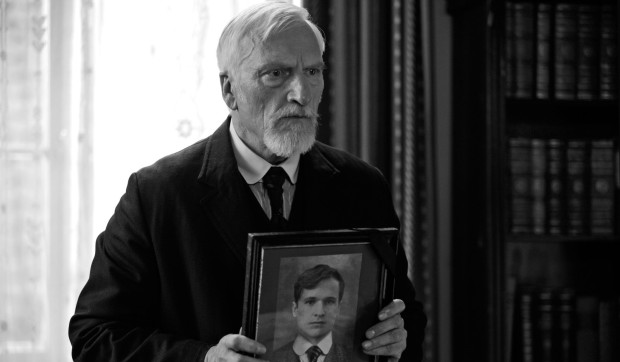 Adrien’s words bring Frantz back to life for the family. He speaks, at first hesitantly and then with greater confidence, of his friendship with Frantz in Paris: their trips to the Louvre, to admire a particular painting by Manet; the violin lessons he gave to Frantz. He gives Frantz’s elderly parents the closure they could never have, knowing their son was happy in Paris – a city he always loved – and that he had a friend who still cares for him. Anna says little, but is always watchful. She and Adrien take walks together, hesitantly building a bridge across the breach that separates two sides of an unnatural conflict. She has grown used to living in mourning, but she’s a young woman and Adrien reminds her of what life can be. Unsurprisingly, she falls for him – this sensitive, gentle Frenchman with the most extraordinary eyes (really: Niney’s eyes are vast, expressive dark pools, fringed with curling lashes). How could she fail to be fascinated by his exotic courtesies?

But not everyone in the town is willing to forgive and forget. Many of the older men, whose sons have died fighting for something no one ever quite understood, resent the presence of a Frenchman among them. It’s even worse when he seems to be stealing the heart of one of their most eligible young women. And so, soon, it becomes clear that it’s time for Adrien to go. He has brought life and light to Anna’s heart and to the home of her grieving parents-in-law. But, before he leaves, he has a confession to make: one which changes everything. The weight of this falls upon Anna’s shoulders. Torn between her own horror, and the love she has for the Hoffmeisters, she must decide whether to spoil their new memories of Frantz, or to keep the dreadful secret to herself. 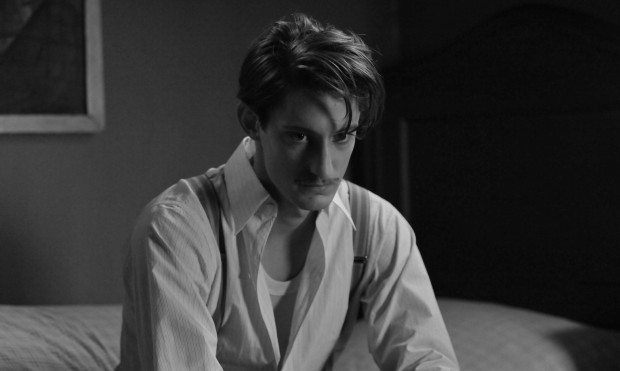 I’ve only ever seen one other film by François Ozon – Swimming Pool, which I watched in an arthouse cinema in Bath while going through a pretentious phase in Sixth Form. As far as I can recall, there’s no comparison between the two. Frantz is beautifully shot in black-and-white, representing the colourlessness of bereavement and the grimness of life in the immediate aftermath of the First World War. When colour does appear, very briefly, it has an immensely powerful effect, conveying the sudden thrill of life and hope among the ruins. For the most part, though, it’s monochrome and this gives the action an authentically vintage feel. The actors look very much of their time; the sharpness of the film picks out every little detail of fabric or skin or light (again, I think of Pierre Niney’s eyes). The pace is slow, deliciously so: there’s something of The Remains of the Day about the heart-rendering, unspoken desire thrumming beneath the surface.

You may think I’ve told you the whole plot, but in fact that’s a summary of only half the film. Ozon plays with our expectations, teasing us, allowing us to jump to conclusions and then pulling the rug from under our feet. He knows exactly what he’s doing. And the result is something rather magical. Yes, it’s a film about the terrible emptiness of losing the person you love, and the struggle to make life worth living again. But it’s also a film about hope, humanity, forgiveness and new beginnings, and a wise, gentle reminder that sometimes we can only find those new beginnings within ourselves, rather than relying on others to provide them. One of the quieter, more understated films of the past year, but without a doubt one of the most finely-crafted and the most affecting. 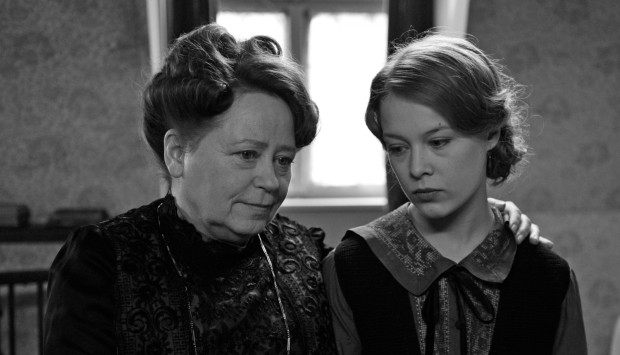