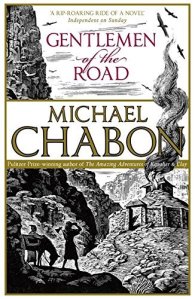 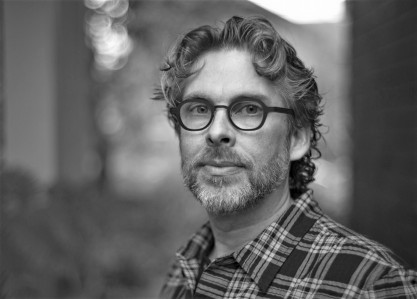 First of all, a very Happy New Year! I hope you had a wonderful holiday and that the new year brings you all sorts of splendid things. For my own part, 2018 has arrived hand-in-hand with well-meaning resolutions, such as easing off on book-buying. I have such a treasure-trove of things to read that I could quite happily spend the entire year reading books I already own, and that’s doubly true because I received some fabulous things for Christmas. The best presents, as always, are those you don’t expect and this lovely little book ticked all the boxes: here is adventure, derring-do, disguise, intrigue, sardonic wit and rich, luscious prose, all bundled together in 200 pages of 10th-century adventure on the shores of the Caspian Sea.

We begin in a rough caravanserai in the Caucasus, where the patrons are entertained by an unexpected duel between two of the guests: a whip-thin, melancholy Frank, and a grizzled African, which ends in the African’s unfortunate demise. However, when an old mahout later wanders out into the inn-yard, he discovers that rumours of the African’s death have been greatly exaggerated, and that the two combatants are actually fellow-travellers – rogues, swindlers and swords-for-hire. Thanks to an unfortunate series of events, the two companions presently find themselves leaving the caravanserai post-haste – minus the mahout, but with his charge: a sullen, ungrateful, gauche and freckled stripling named Filaq, who seems, improbably, to be a deposed Khazar princeling.

As the three ill-suited travellers cross the steppes and river valleys of the Caucasus, their predicament becomes more desperate. That is to say, the Khazar usurper Buljan is aware of Filaq’s survival and is determined to stop this bony adolescent from upsetting his plans. Things are made even more awkward by Filaq’s irritating tendency to escape at inconvenient moments. Without ever having intended to, the Frank (Zelikman) and the African (Amram) find themselves caught up in a succession crisis, all for the sake of a truculent, headstrong, frankly foul-mouthed royal teenager who really should know better. But, even for gentlemen of the road, there is honour – of a sort.

Chabon’s prose is luxurious, self-indulgent, winding its way through sprawling sentences with the easy self-confidence of a writer in complete control. There’s something very Dunnettesque about the writing – it’s hard to pin down exactly what it is: that’s the essence of sprezzatura after all. I think it’s the way that Chabon inserts casual asides, filling out his sentences with exuberant, sometimes scabrous, incidental details, which help to give a much richer picture of the characters involved. Take, for example, the rude awakening of the sword-for-hire Hanukkah, who falls in with our two heroes:

Hanukkah had been kicked awake by worse men, among them his own father, and so the curses he muttered, with his eyes shut and the honeyed hand of a dream still caressing his thigh, extended no further into history than the African’s great-grandmother and confined themselves to envisioning her use by scabby Pecheneg stallions, making only glancing reference to the attentions of Bactrian camels. The true object of Hanukkah’s spleen was wakefulness itself and the world that it would oblige his five outraged senses to certify.

While the book’s plot is relatively brief, the real charm of the story comes from that tongue-in-cheek exuberance in the writing, set alongside Chabon’s compassion for his two main characters. Zelikman’s moroseness and Amram’s quiet, dignified grief for his daughter are wrapped up in a wider sense of displacement, of running from where they came from, without really knowing where they’re going – or how they’ll know when they get there. What is home, after all? It’s the journey, the quest, that has real meaning. And it seems that, for Chabon, this also ties in to the wider story of the Jewish people and their wanderings: for his characters are primarily Jewish, and Khazaria itself is a Jewish kingdom, free and fierce beside the Caspian sea.

A perfect little divertissement, this comes highly recommended to anyone who fancies a bit of early medieval adventure, or indeed anyone who enjoys stories of wandering mercenaries, deposed princes and (occasional) war elephants. It has hotfooted its way into my favourites and, to make matters even more wonderful, it includes etched illustrations for every chapter (designed by Gary Gianni), in the best tradition of adventure stories. I include my favourites – in fact, most of the pictures – below, to give you a flavour of the story. Do seek it out; and enjoy! 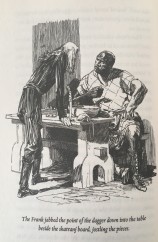 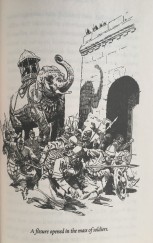 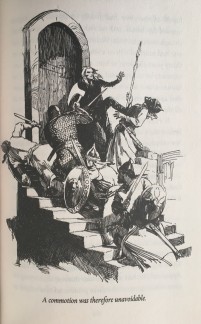 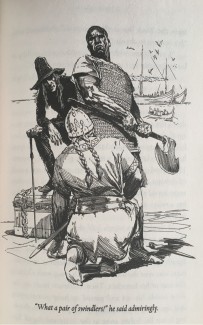 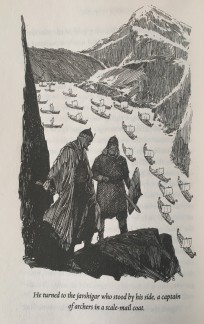