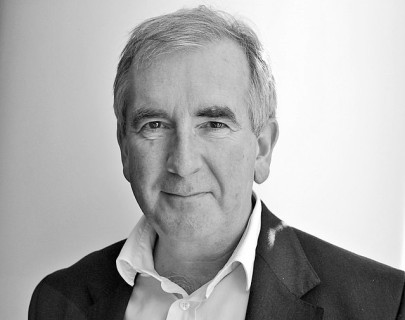 This book has roosted patiently on my shelf for some time and I’m not quite sure why it’s taken me so long to get round to it. Perhaps I just couldn’t stomach yet another version of the fall of the Roman republic? Or perhaps, shamefully, I felt that a novel about the life of Marcus Tullius Cicero would be rather dry? I was wrong, of course. I was utterly, completely wrong and am glad to be so. Harris’s novel has all the drama of a modern political thriller, underpinned by conscientious faithfulness to place, time and character. It’s superbly paced. Seen through the eyes of Cicero’s devoted secretary Tiro, this is the story of a brilliant man, a tireless, probing and ruthless lawyer, whose desire for rank brings him into the orbit of the most powerful – and infamous – men in Rome. It is a mixed blessing. With the help of such men, Cicero can rise to the heights he has always dreamed about. But at what cost?

Looking back over his life, the elderly Tiro remembers the beginning of his career as slave-secretary to the young lawyer Cicero. They are both young and ambitious. Keen to prove his worth, Tiro develops a shorthand system which renders him invaluable to his master. For his part, Cicero has his eye on imperium: the consulate, the crowning glory of a political career in Rome, this ‘city of glory built on a river of filth‘. Born into an undistinguished equestrian family, he’s fed up of being snubbed by Roman aristocrats. Cicero knows he has potential: his sharp mind, his quick wits and his lively speeches have brought him an enviable reputation. He’s considered to be the second-best lawyer in Rome. But of course, that’s not good enough. Cicero needs a big break, to show off his abilities and, even better, to challenge his great rival Hortensius.

And then it happens. The big chance. When an acquaintance comes from Sicily, with tales of shocking abuses being carried out by the governor Verres, Cicero scents blood in the water. His ambition is redoubled when Hortensius (the ‘best’ lawyer in Rome) agrees to represent the corrupt governor. The resulting case electrifies Rome and catapults Cicero into the big league. All too soon, however, he will become aware that integrity and fine speeches aren’t enough to win cases among the great men of Rome. Juries can be bribed; votes bought and sold; and old grudges avenged with sleight-of-hand. If Cicero is going to compete in this world, he needs to ally himself with one of these great men. And, when the triumphant general Pompey returns from Spain, Cicero receives an offer he can’t refuse. But it’s an agreement that will bind him into a tightening network of obligations and counter-favours. As Tiro observes, ‘Power brings a man many luxuries, but a clean pair of hands is seldom among them.’ And the political arena in Rome is just as bloody as the gladiatorial pit.

I don’t think I’ve done a very good job of conveying it, but this book throbs with colour and gossip, and gives a compelling sense of the cut-and-thrust that attended political careers in Rome (and, I daresay, nowadays). Cicero is an idealistic man forced to operate in a world where everything and everyone is for sale. And yet he rises to the challenge magnificently. Harris captures the dazzling rhetoric of the courts, the back-and-forth of examinations and the verbal dexterity with which Cicero can skewer an unfortunate opponent. He also allows us to see Cicero the man: the doting father; the prickly, long-suffering, yet strangely fond husband; and the affectionate master. There’s something very appealing about him, especially his enduring love for his field. At one memorable moment, he springs into life to refute the idea that politics is boring:

Politics? Boring? Politics is history on the wing! What other sphere of human activity calls forth all that is most noble in men’s souls, and all that is most base? Or has such excitement? Or more vividly exposes our strengths and weaknesses? Boring? You might as well say that life itself is boring!

Written with a light touch and plenty of heart, Harris’s book succeeds in sweeping you off to the rostra on the Capitol or the crowded Field of Mars on voting day. Like his hero, he brings the politics of this long-dead age to life in a way that makes it seem much more vibrant and engaging as any of the dismal political spats we see going on nowadays. And, with a cast of characters including Pompey, Crassus, Caesar, Cato and the young Mark Antony, the political personalities are also far more impressive than their modern counterparts. I have to keep using the word ‘politics’, because that’s what it is, but don’t be misguided (as I was beforehand) into thinking that means lots of dull wrangling over laws. No. This is, as Cicero says, politics as life: a superb survey of the trading that goes on in the shadows, of machinations, deals and bluffs. It’s extremely enjoyable.

By some remarkable foresight, I’d already bought the next two volumes of the trilogy, so I’m eager to carry on and find out where Cicero’s political career will take him next – but, with the storm clouds gathering on the horizon and Caesar oh-so-subtly manoeuvring into position, I don’t think Cicero’s beloved Republic is going to last for long…

Really very good. Harris has even made me want to find a good (but modern) translation of Cicero’s speeches and letters at some point. Any thoughts, classicists?